Several regions in central France claim the culinary specialty called pâté de pommes de terre — le Berry, le Bourbonnais, la Sologne, le Limousin, and la Creuse, among others. The other day, I found a ready-made "potato pie" at the supermarket and let myself be tempted. 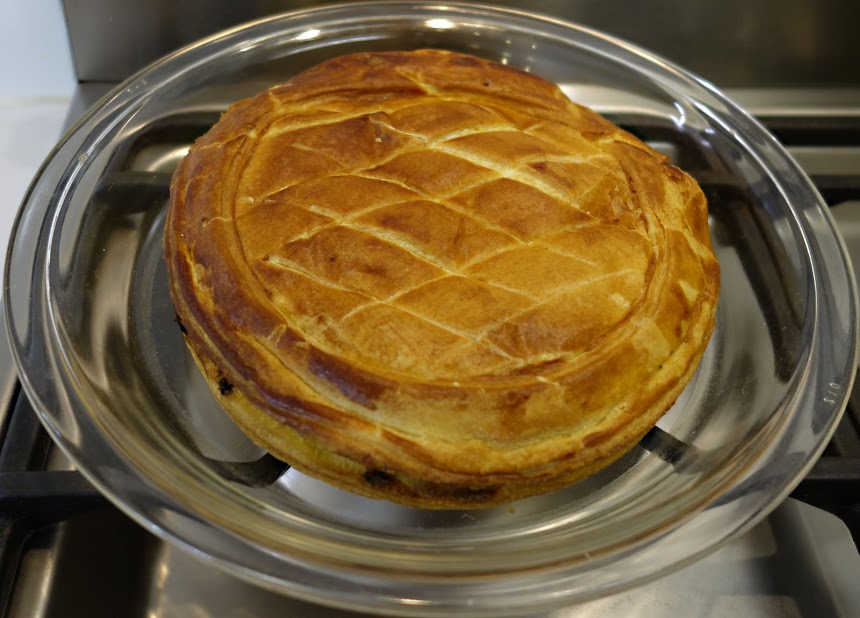 This one was made by a company in the town of Issoudun, which is 35 or 40 miles southeast of Saint-Aignan in the old Berry province. It's called Les Charcuteries Issoldunoises and it distributes products including pâtés, sausages, and cured or cooked pork to supermarkets in our region. 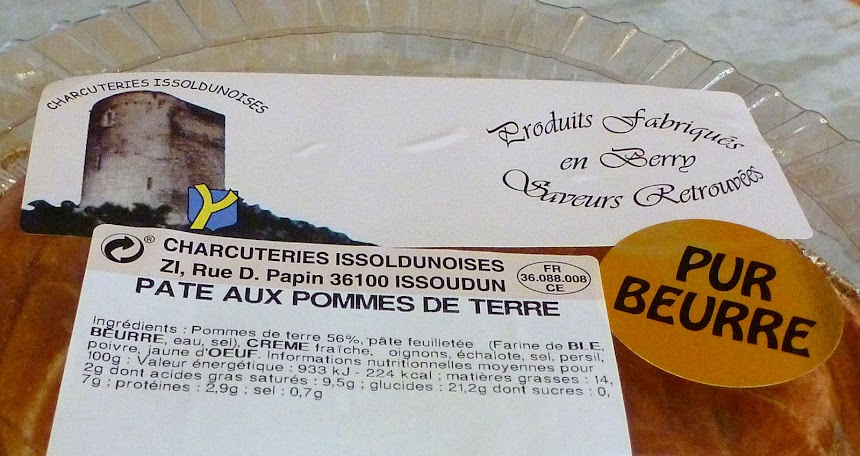 One thing that attracted me to this pâté de pommes de terre was the ingredient list — potatoes, crème fraîche, onions, shallots, salt, pepper, and parsley for the filling. And a pie shell made from flour, butter, water, salt, and egg yolks. That was it. No preservatives, no food colors, no chemicals.

What I didn't find on the label was cooking and serving instructions. I just assumed we could heat the potato pie up before we ate it, or we could eat it at room temperature or even cold. We heated it up in the oven at low temperature for 30 minutes or so before we cut into it and enjoyed it at lunchtime. 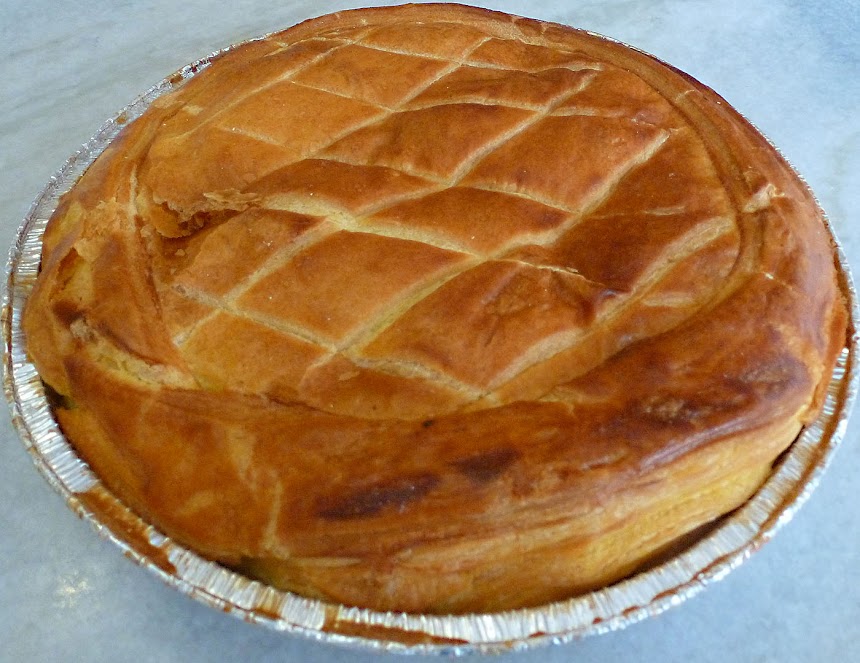 This would a pretty simple thing to make at home, especially if you buy ready-made pâte feuilletée (puff pastry) rather than make it yourself. Actually, it would be very good with standard pie crust (pâte brisée) too, and that's much easier and quicker to make (the late Joël Robuchon, a chef famous for potato dishes, uses pâte brisée in his recipe). Here's a segment from a Carnets de Julie show that might help you if you want to attempt it. Notice that the cook doesn't make puff pastry for his pie.