In the French language, a distinction is made between rivers that are tributaries of another river, and rivers that flow directly from their source to the sea. A tributary is called une rivière. A river that runs from its source all the way to the sea is called un fleuve. Where we live, outside Saint-Aignan-sur-Cher in the Loir-et-Cher département ("county" or "prefecture"), la Loire is the fleuve, and the two rivers the département is named for, le Loir and le Cher. Both flow into the Loire — the Cher directly, and the Loir indirectly. 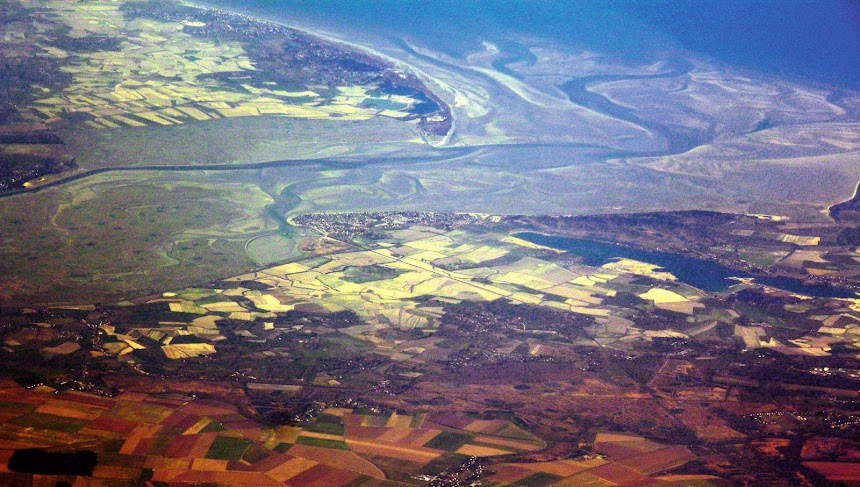 The town in the middle of this image is Le Crotoy, with Cayeux-sur-Mer on the other side of the river.

Of course, this is all a matter of convention — it might even be seen as arbitrary — because somebody once had to decide which river is the real river and which other rivers flow into it. In other words, maybe the Cher is the river and the Loire is a branch of it that flows into the Cher. To give a U.S. example, why is the Missouri River considered to be a tributary of the Mississippi? From its source in Montana down to the Gulf of Mexico, the Missouri is longer than the Mississippi is from its source in Minnesota to the Gulf. I think Europeans declared the Mississippi to be the main river because it's the one they discovered first. It's probably that simple. 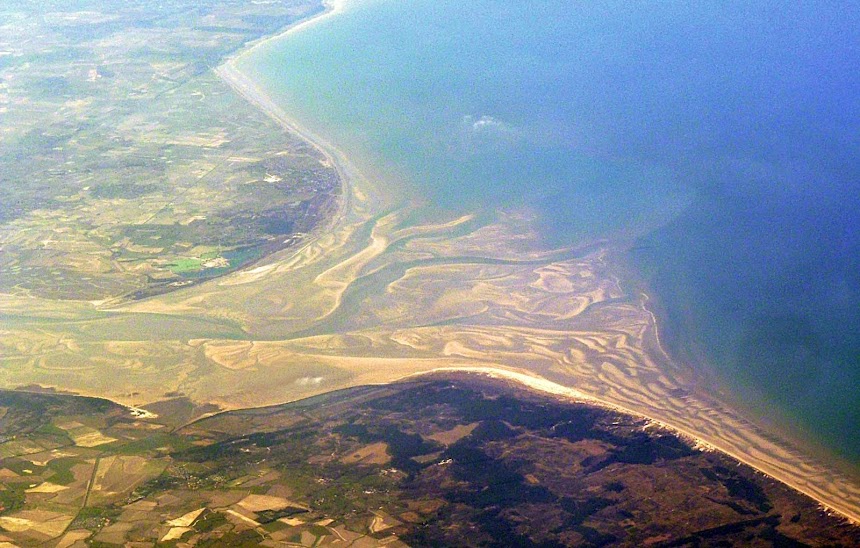 France's Somme river, in the area where we are going to spend a week in April (if all works out), is a fleuve. In the French Wikipédia about it it's called a fleuve côtier — a coastal river. That's a fairly vague term. A river is described as "coastal" because its source is not that far from the coast. Who defines "that far"? The Somme river is just 250 kilometers long — 150 miles or so — while the Loire flows for 1,000 kilometers from source to sea — 600 miles. Many French fleuves côtiers are much shorter, and in America we might call them "tidal rivers" because they rise and fall according to the rhythm of the tides. 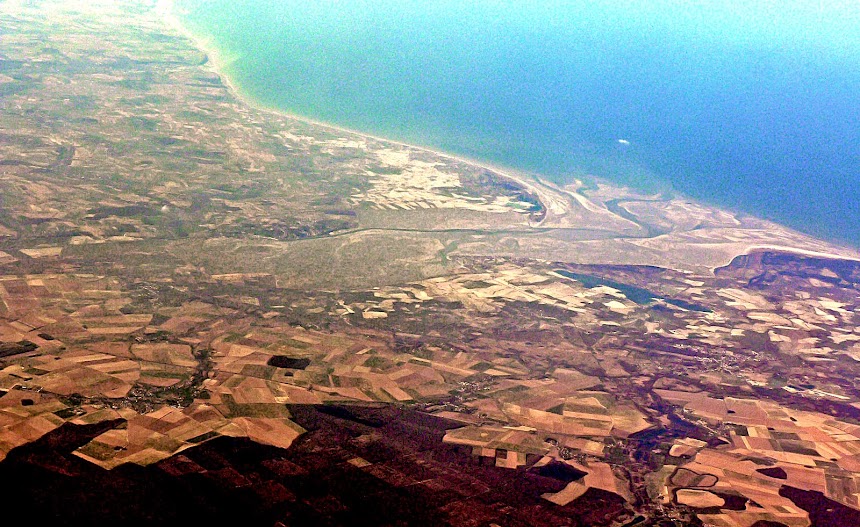 Slightly to the left of center in this image is the medieval town of Saint-Valery-sur-Somme (no accent on Valery [val-ree].

Anyway, the Baie de Somme is where the Somme river — and its dozens of direct and indirect tributaries — flow into the sea. It seems to me to be an estuary or delta more than it is a bay, as we commonly use the term in the U.S. I'll be curious to see how much of a bay there really is up there. It looks like more sand than water. An estuary is the mouth of a river, where the salt water of the sea mingles with the fresh water flowing down the river toward the coast. That "mingled" water is called "brackish" — saumâtre in French — "briny." The French Wikipédia article about the Somme describes it as « un fleuve peu abondant » — there's not all that much water in it. It's a lazy river that flows slowly but fairly steadily.

Saint-Valery and Le Crotoy sort of face each other across the river delta.

I've seen the Somme farther inland, thanks to my friend CHM. One branch of his family comes from this part of France, and we've driven up there several times and spent a few days exploring the area. However, the only time I've seen the Baie de Somme I was looking out the window of an airplane. I was flying out from Paris for one of my trips to North Carolina. The plane flew right over the Baie de Somme and I took these photos. It was in April 2013. For seven years now, I've been thinking it would be fun to go spend a week up there, and that will finally happen, I hope, in April 2020.
Posted by Ken Broadhurst at 07:15