Around the hamlet these days 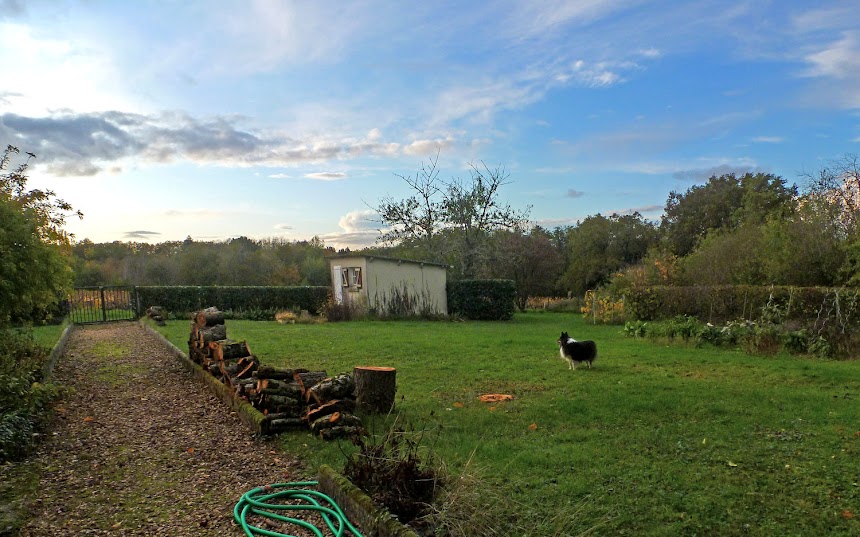 Above, you can see what I meant when I said yesterday that I like the spacious an airy feel that cutting down those two apple trees has given to the back yard. There used to be two plum trees out there too, but they were uprooted in a big windstorm in 2010. That's a cherry tree behind the garden shed, and it is sickly too. It might go next year. The vegetable garden is on the right side of the photo, and there's all the firewood we got from the apple trees. 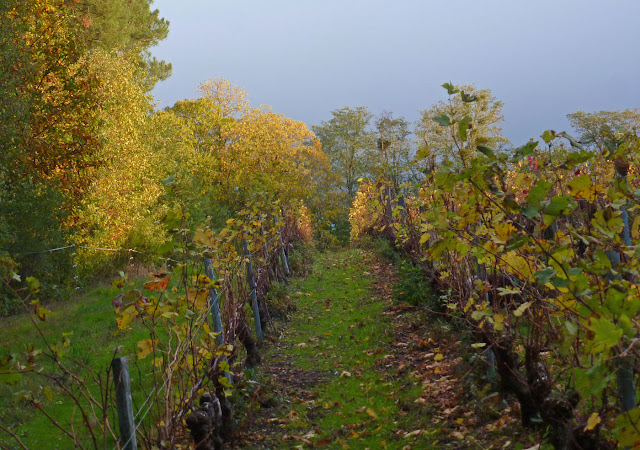 Here's a vineyard scene from Thursday afternoon. Rain was moving in from the south, but the setting sun was shining, accentuating the yellow color of the leaves on vines and trees. 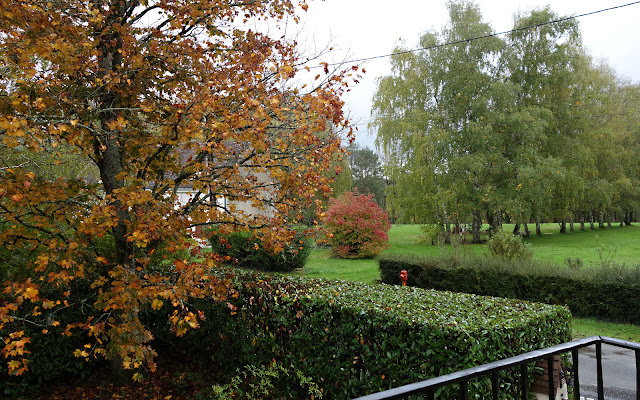 I took the two photos above using a Panasonic Lumix ZS8 camera that I bought used a few years ago. The ZS8 is called the TZ18 in Europe. I found it on eBay, used, for a good price. I think a lot of people buy fancy digital cameras but almost never use them, so they're a great value second-hand. 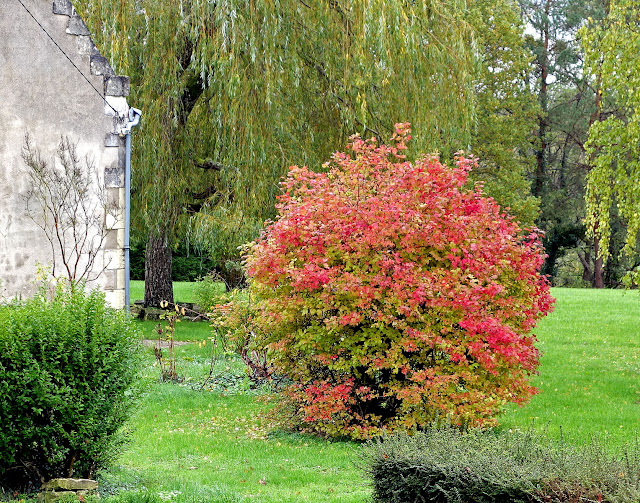 The last three photos here are ones I took using my latest acquisition, a "new" but second-hand Sony Cyber-shot DSC-RX100M2 compact camera. When I was N.C., I thought my newest cameras had given up the ghost. It turned out that it was the battery charger that had failed. But by the time I realized what the problem was, I had done some research and let myself be tempted by the Sony camera, a 2013 model that I bought for about 220 euros on Amazon France. A new toy! (I figure it would be very easy to spend 200 euros for a meal in a nice restaurant, and I never do that.) 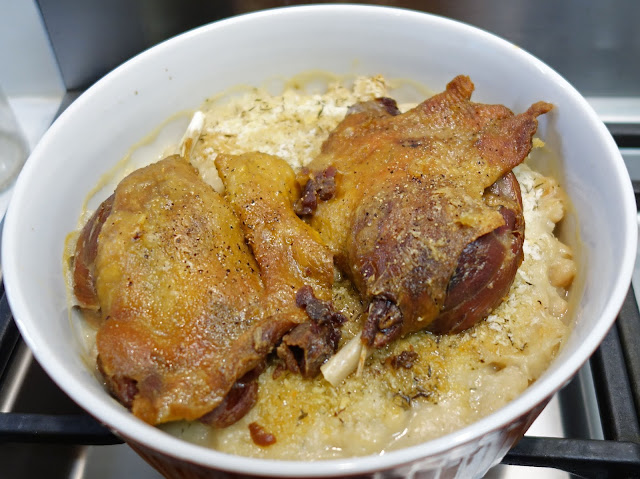 The bush in the photos above is a snowball bush (Viburnum) showing off its fall colors. I took both photos of it from our front terrace yesterday.

I also took the photo on the left with the new Sony camera. It was our lunch — two duck leg/thigh sections baked in the oven on a bed of white beans flavored with duck fat, thyme, bay leaf, salt and pepper. The duck legs came out of a can, and the beans came out of a jar. They are French fast food, and lunch was delicious.
Posted by Ken Broadhurst at 07:15