Flotte meaning "rain" or "water" is a funny word in French. It's not quite slang, but is marked as populaire or familier in some dictionaries when it has those meanings. Populaire means "of the people" (the unwashed masses is understood). I think we might say "colloquial." I think we would say "informal" for familier. But I hear la flotte used this way all the time. On peut boire de la flotte — drink water, in other words, instead of wine. 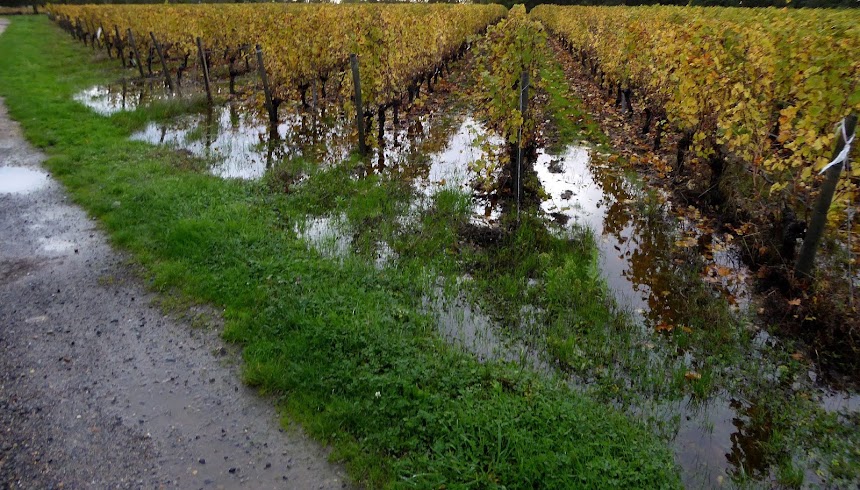 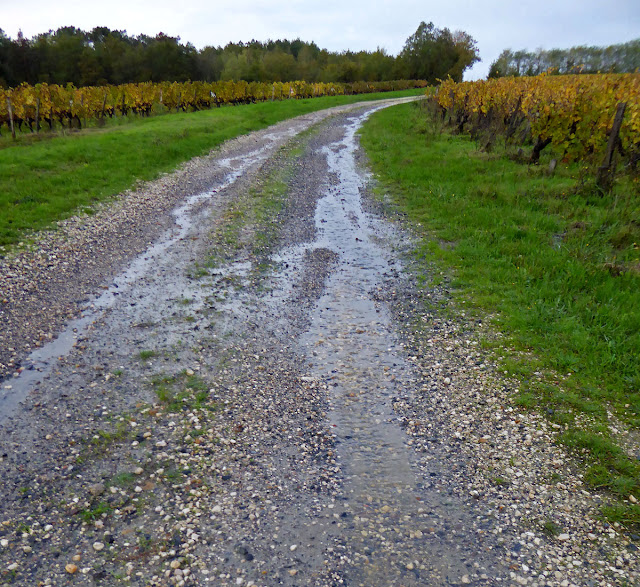 Mostly I hear people saying things like Il tombe de la flotte — "it's raining." It's even used as a verb to mean "raining" — Il flottait ce matin quand je suis sorti dehors — "It was raining when I went outdoors this morning." I've been able to say that to myself many times over the past two weeks. 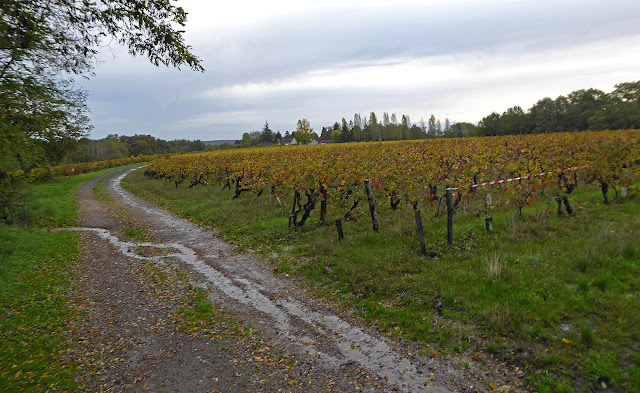 The gravel road through the vineyard is flowing like a shallow stream most days. It rained twice during the two weeks I was in North Carolina. Each time, it rained very hard and the rain stopped after 5 or 6 hours. Then the sun came back  out . 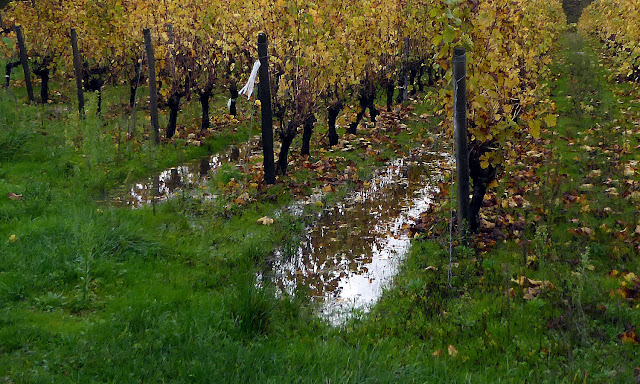 Here in Saint-Aignan, it's been raining constantly. Skies are gray most of the time now. The grass is green again, but even when you think you are stepping on grass you realize you're walking in a puddle. 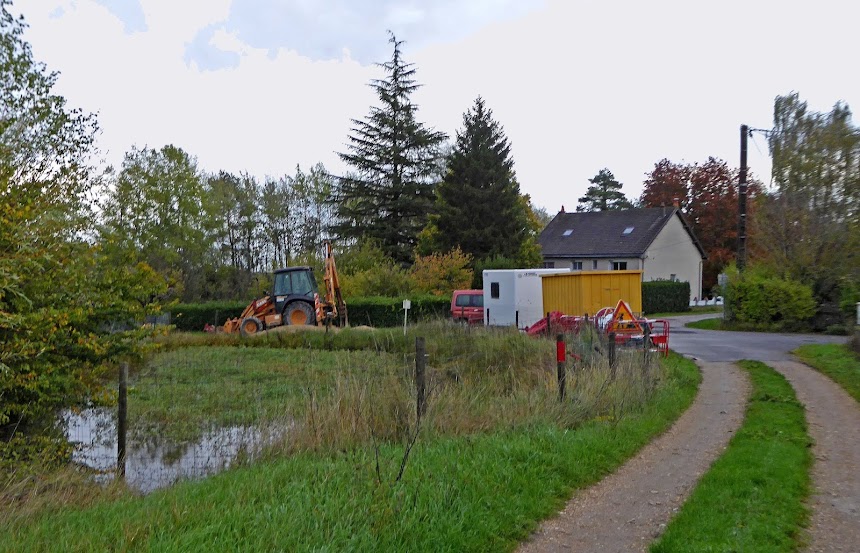 Here's a photo showing the pond out behind our back gate, the equipment and trailers that have been out there for the past three weeks, and our house in the background.
By the way, the verb flotter means "to float" in more proper French, and the noun flotte means "fleet."
Posted by Ken Broadhurst at 08:02