Yesterday I wrote about cooking duck legs and thighs in the slow-cooker with the idea of making them into "pulled duck" that would resemble the pulled-pork "barbecue" that I grew up eating in my native North Carolina. Here's the rest of the process. 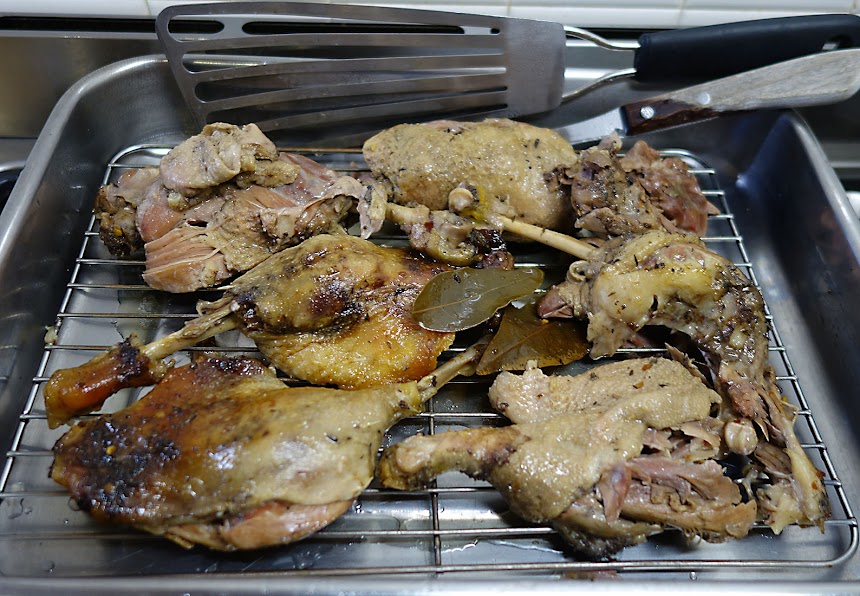 Taking the duck pieces out of the slow-cooker was a delicate operation. As you can see, some came out intact, but the meat on others was already falling off the bones, so they came apart as I tried to lift them out of the pot. It didn't matter, because my plan was to take all the meat off the bones anyway. 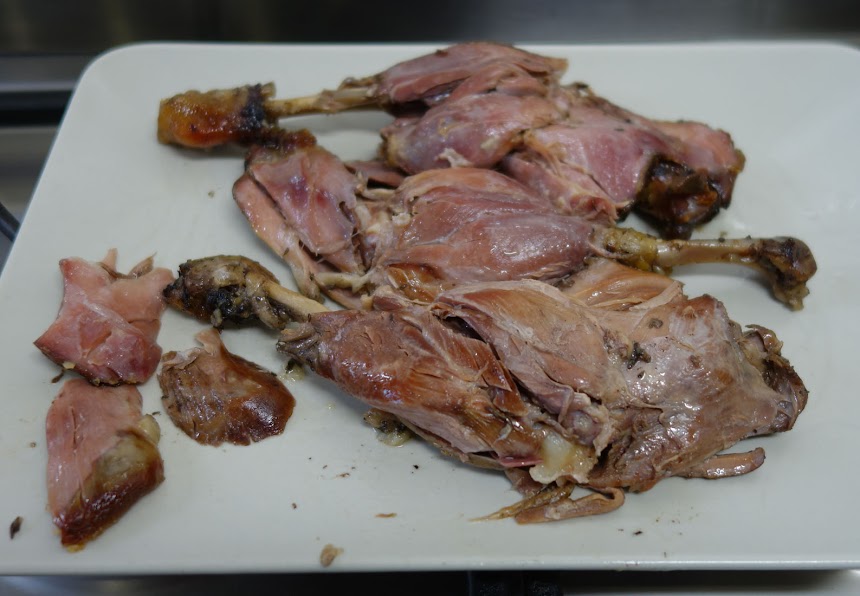 The second step was to take the skin off the legs and thighs. That was pretty easy. The pieces really fell apart at this stage, but again that was my plan anyway. 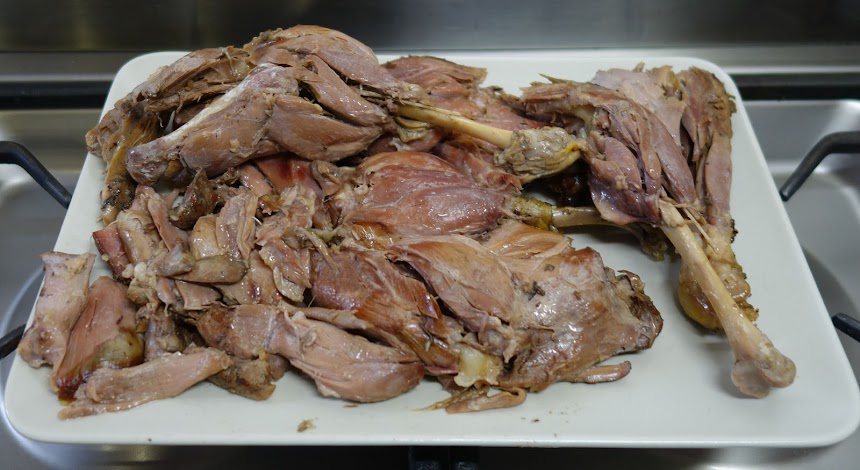 I continued pulling the lumps of duck lean muscle off the bones, and separating them from the bones, most of the fat, and some veins and other parts that I didn't really want as part of the pulled duck meat. I put the "scraps" back in the slow-cooker with the duck fat and broth and let it cook for another couple of hours, figuring that cooking would make the broth that much tastier and give me more fat. I still have to re-heat what's in the cooker, which I kept in the refrigerator overnight, and then pour everything through a sieve or strainer to filter the broth and fat. 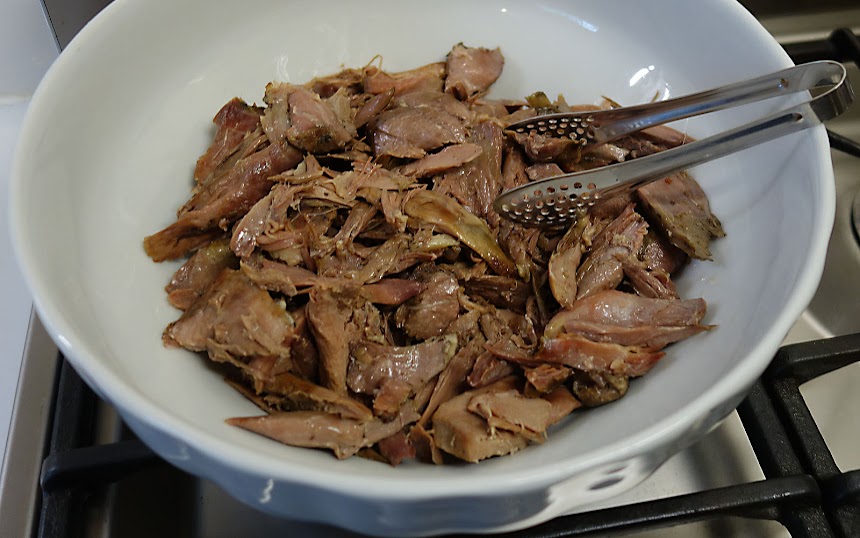 Et voilà ! Here's the meat, which could now be turned into the French potted meat called rillettes by adding some of the filtered fat, cooking it a little longer while stirring to break the meat down into fine threads. That makes something resembling but not really the same as pâté to be spread on bread or crackers and eaten with, for example, pickles or cornichons. I admit I was slightly disappointed when I weighed the meat you see in the photo above — I got only 600 grams of lean meat from six leg-and-thigh sections that weighed about 1.5 kilograms. I expected more, but I'll console myself with thoughts of the good duck fat and broth that is a fine by-product of the cooking. 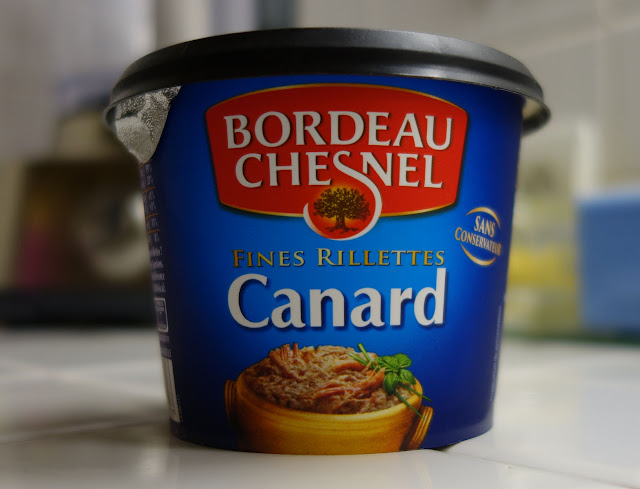 But the fact is, I can buy very good duck rillettes from charcutiers who sell them at outdoor markets or in their shops, or in supermarkets packed in plastic pots and sold at reasonable prices. The fines rillettes in this pot, according to what's printed on the label, contain no preservatives and 79% duck meat. The rest is pork, duck fat, garlic, "natural flavors", salt, and pepper. My plan for the pulled duck I've made is to season it the way pulled-pork barbecue is seasoned in eastern North Carolina, with a splash of vinegar, some herbs and spices, and a good pinch of hot red pepper flakes. Then we'll eat it hot — maybe on hamburger buns.
Posted by Ken Broadhurst at 06:27