The day before yesterday, we had two sickly apple trees and one dead pear tree in our yard cut down and sawed into firewood. We had lived with those trees for 16 years and had watched as fungi and mistletoe sapped their strength. All three trees were probably about 50 years old. I blame frequent summertime drought, combined with recent mild, damp winters, for their demise. 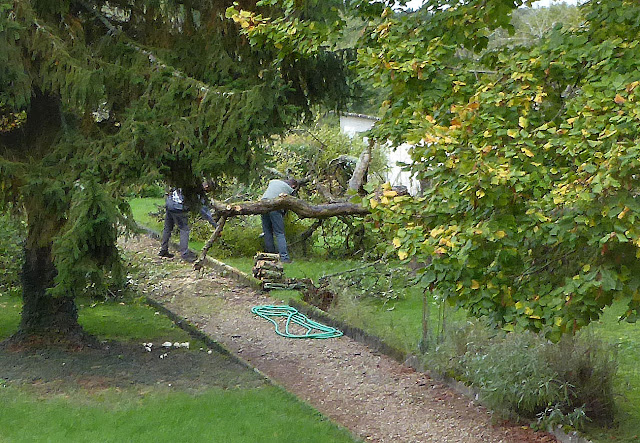 In October, the biggest of our four apple trees fell — or more precisely, its two main limbs broke off — for no other reason than that the tree was near death. There was rain the day the first limb crashed down, but no wind. A few days later the second big limb dropped. I had just returned from my trip to North Carolina. We basically did nothing about the broken-down tree as we waited for the gardening service we have hired for the past few years to send out a hedge-trimming crew for their annual visit. 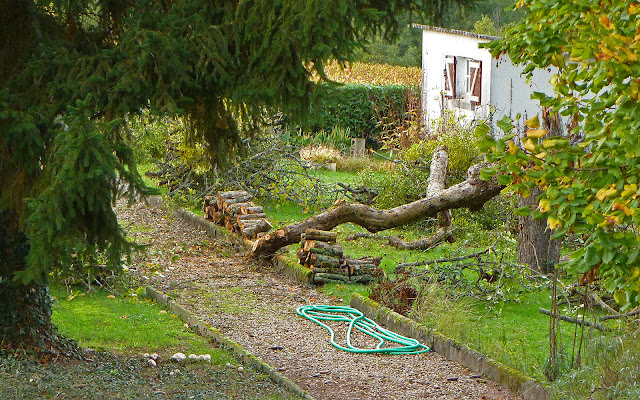 The man who runs the business said they would be glad to cut up the dead wood for us as well as trim the hedges, and the five-man crew did the whole job in one eight-hour day. It would have taken us weeks to do that much work — I'm not sure we would ever have got it done. The remaining two apple trees in the back yard seem healthy — with no mushrooms growing on or around their trunks, and no mistletoe growing on them. 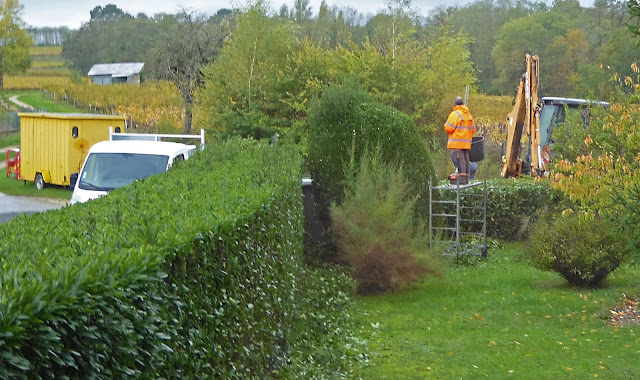 The job went pretty fast because the laurel hedge didn't grow much this year. That's because of the severe drought conditions we experienced from June until October. The little pear tree on the northeast corner of our property had suddenly died more than a year ago. The little apple tree by the back gate was so sickly that we put it out of its misery. And of course there was no way to save the biggest apple tree. Sic transit gloria mundi...