It is really early — still three or four weeks from the winter solstice — to have a bad case of "cabin fever" — but that's what I think I've got right now. It is absolutely pouring rain this morning. The ground is completely saturated. I'm fully expecting the roof to start leaking. If we get more heavy rain over the next few days and weeks, water will probably start flowing into the garage. I poured an inch of water out of the rain gauge yesterday. 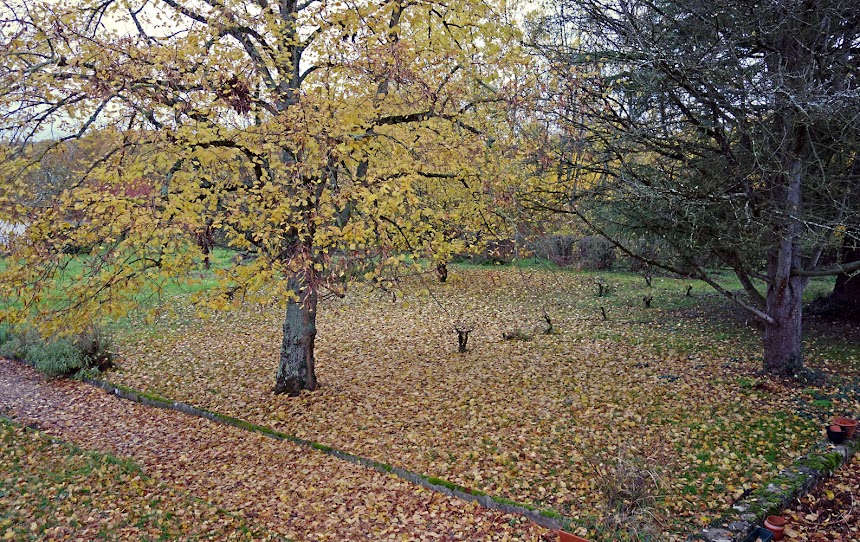 I should be out there raking up leaves, but they are too wet and heavy, and it's no fun working in the yard wearing rain gear.


Tomorrow is Thanksgiving, and that holiday always makes me feel that I'm living in an alternate universe. It's not a holiday in France. The world just goes on as on any other normal weekday. And normal weekdays are very low-key these days because of constant rainfall and gray skies. It's been this way nearly all the time since I got back from North Carolina five weeks ago. Can you tell I'm trying to avoid using the D word? Depressing... 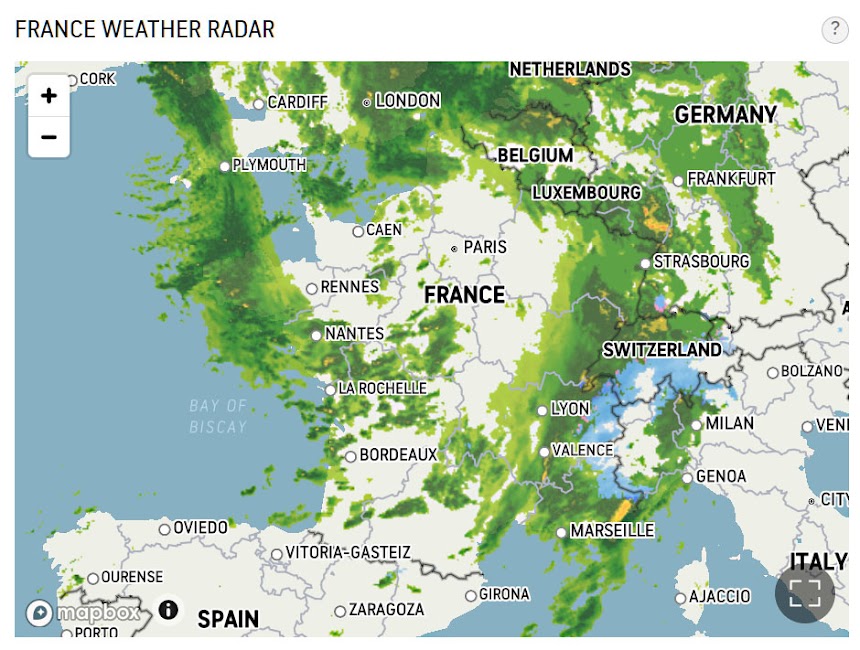 Saint-Aignan is under the small green and yellow blob just below the word France.
Look at that huge blob of rain and clouds that's will be making its way inland today.


The only other times I've ever felt so disconnected from the world as I do on Thanksgiving Day in France was when we lived in San Francisco. In summertime, the television news and morning shows would report that an extreme heat wave was causing suffering in wide areas of the U.S. I'd look outside, check the thermometer, and see that it was foggy, misty, windy, and about 55ºF. San Francisco is world unto itself in so many ways, and so is France. 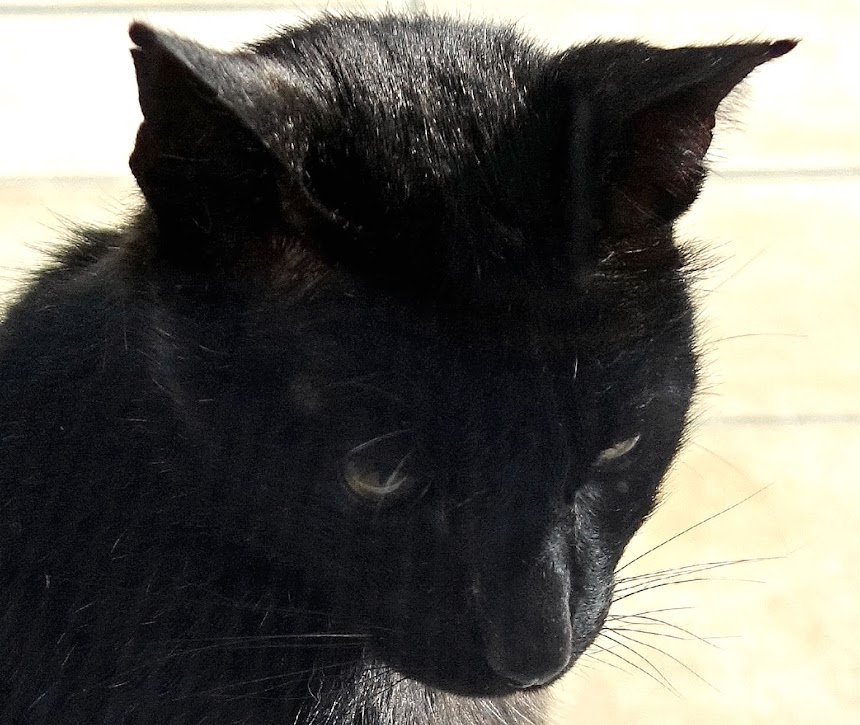 Bertie the black cat is not a jolly fellow these days. At least he and Tasha are buddies, so he can spend as much time in the house as he wants. And that's most of the day and night right now. He's free to go outside whenever he wants to, and he does go out for a stroll now and then, but mostly he just sleeps. I think maybe he has got cabin fever too. That's what you get when you have to spend way too much time shut up in the house in wintertime.
Posted by Ken Broadhurst at 06:10