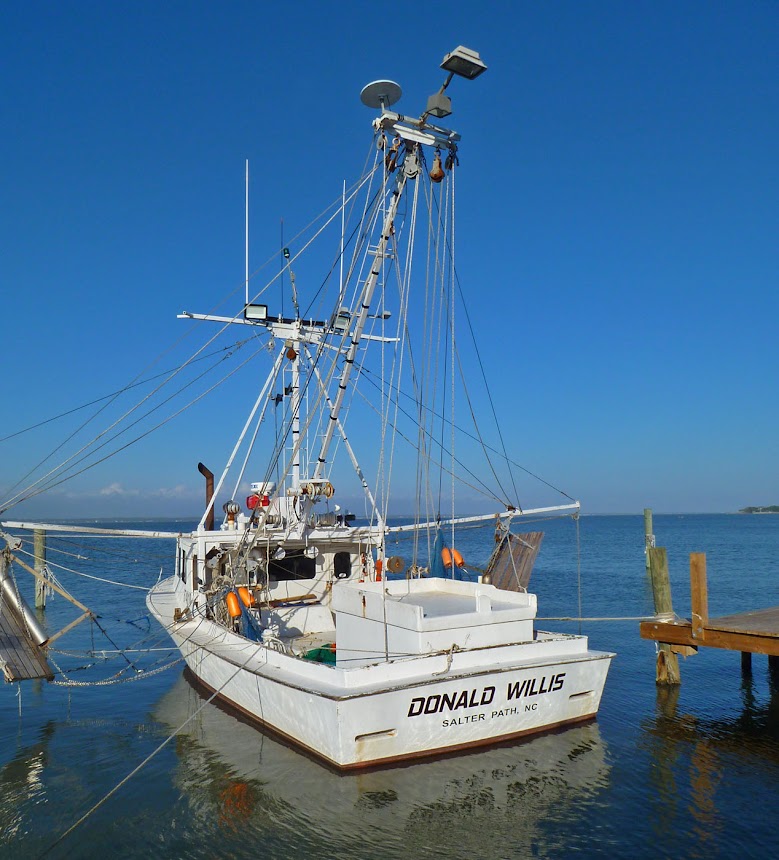 My last outdoor event here in North Carolina was an hour sitting on a dock on the shores of Bogue Sound in the fishing village called Salter Path. The people — the Salter Pathers — who went to live and fish there when the whaling industry began to decline in the late 19th century, were squatters. Only in 1979 did they get the legal right to hold title to their land. Those who have remained on the island still make their living on the water.
Posted by Ken Broadhurst at 06:30