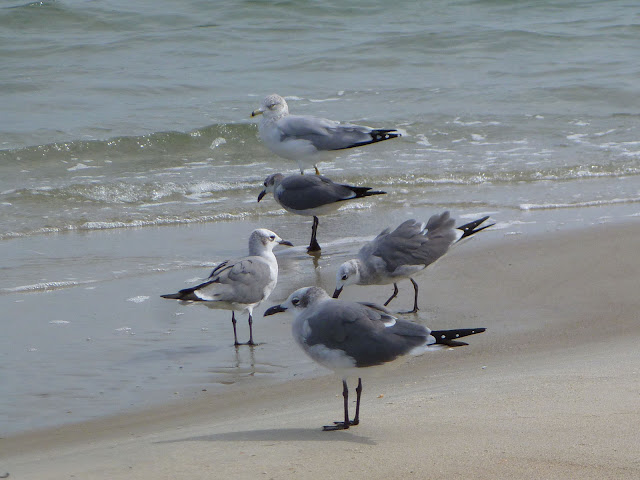 Why were so many birds on the little sand bar called Sand Dollar Island? It's probably because they knew that a boat carrying people carrying food was going to arrive at low tide. 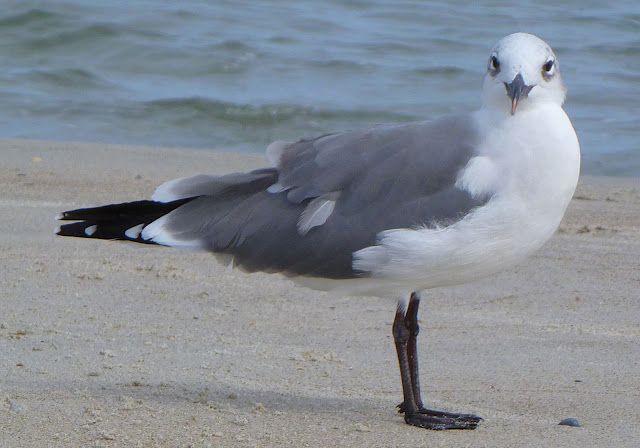 These birds were not as aggressive in their quest for food as some I've seen. They didn't thy to steal our sandwiches. But they kept an eye on us in case we decided to throw some crumbs their way. 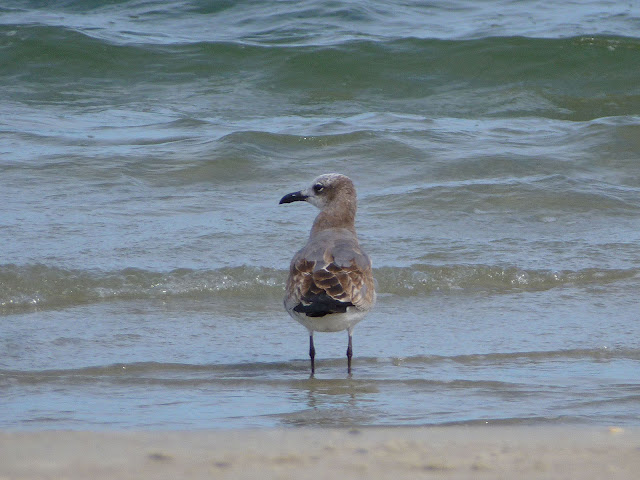 Some birds turned their backs to us, pretending not to be interested or curious. But they kept turning their heads so that that one eye could spy on us. We weren't fooled. 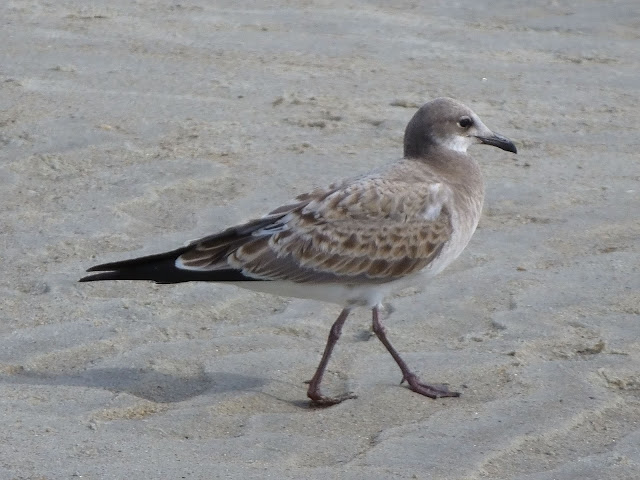 This one was running in circles around some people who were sitting on a towel on the sand and eating their picnic lunch. The bird didn't appreciate my intrusive photo-taking as he ran by. 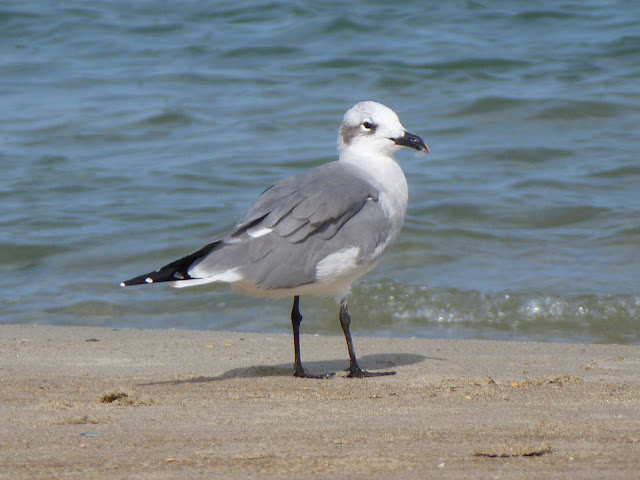 These birds were our companions on Tuesday, October 15, when we went out to look for sand dollars in knee-deep water near Beaufort Inlet in North Carolina. I found just one, and it broke in my hand right after I picked it up. 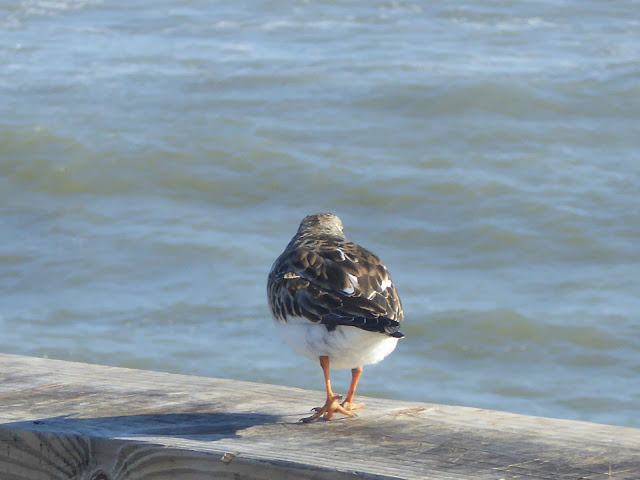 My sister found one live sand dollar, showed it to our friend Sue, and put it back in the water. Sue herself found two sun-bleached, expired white sand dollars that she could take back to California with her. We left the birds on the shoal.
Posted by Ken Broadhurst at 14:21