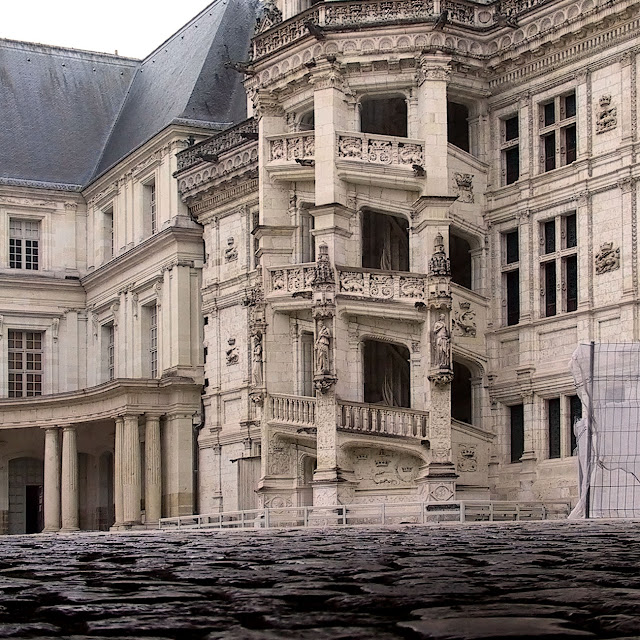 I was surprised yesterday to read in another guidebook I have in my collection — Loire Valley: Your Guide to Great Drives (in the Signpost Guides series) — this note: François Mansart, the 17th century architect who was responsible for the Gaston d'Orléans wing (or Mansart wing) of the château de Blois, in Classical style, was already knocking down the François 1er Renaissance wing of the complex to make room for the new building when construction was abruptly halted in 1638. Gaston's older brother was Louis XIII, and Gaston was next in line for the throne of France because Louis XIII had produced no living male heirs. Suddenly and unexpectedly, as Louis's health declined, a male heir had been born (he would become king under the name Louis XIV). 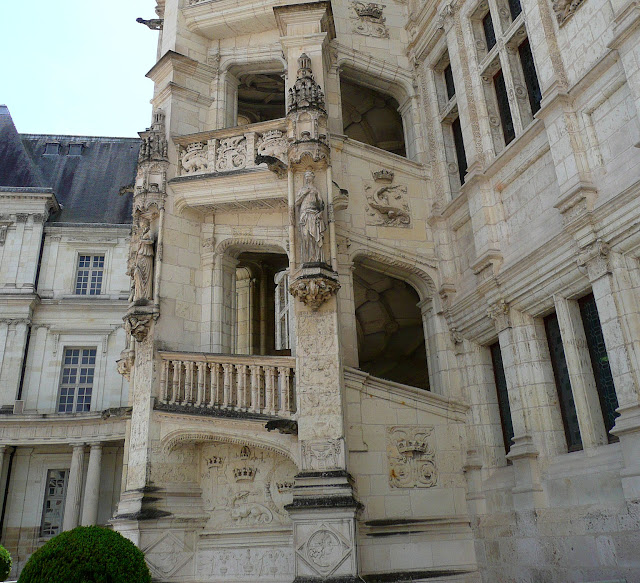 Since Gaston would not become king, there was no need for the opulent new palace. He ran out of funds, and it was never completed. But the Renaissance wing was spared. From the Cadogan Loire guidebook: “The Mansart wing... stands in stark, ordered contrast to the delightfully excentric, slightly chaotic other wings. Symmetry and the classical orders triumph in the bright light-grey stone. Gone are the joyously individualistic element of Gothic decoration. Gone are the elevating, exuberant Loire lucarnes which stretch the gaze skywards... Henry James wrote of the Mansart wing that ‘taken in contrast to its flowering, laughing, living neighbour, it marks the difference between calculation and inspiration.’ ” 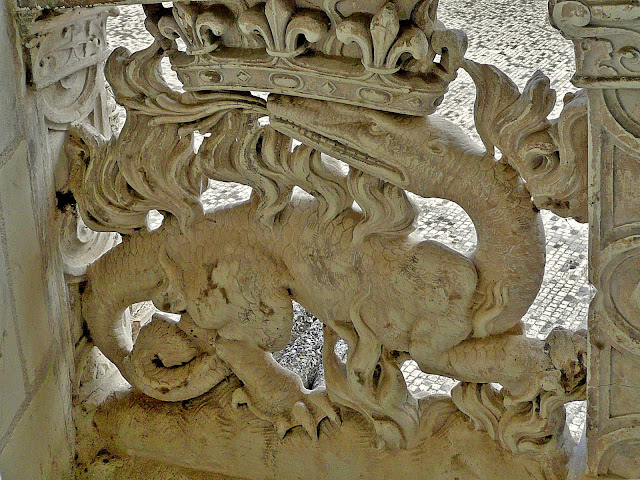 François 1er's chosen emblem was the amphibian called la salamandre. Why? In France, the common salamander, also called la salamandre du feu, was thought to be able to survive in fires or, indeed born in fires. One theory for this belief is that salamanders would seek shelter in woodpiles in winter. When the wood was brought in to be burned, sometimes a salamander would come crawling out of the fireplace. Legend had it that the creature was born of the fire. Having power over fire meant having power over the Earth, and that's why François chose the salamander as his emblem. 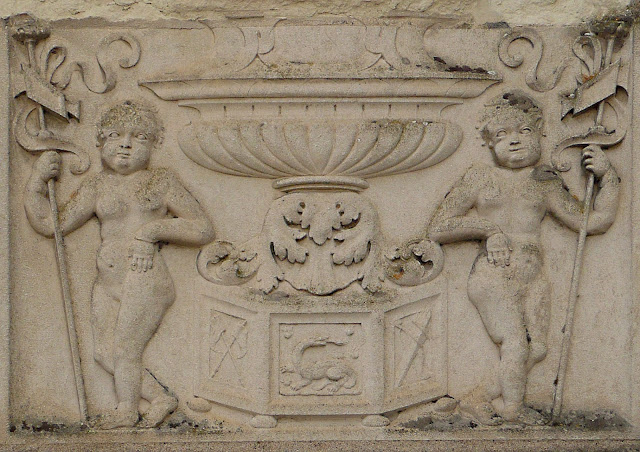 Here are a pair of putti that I photographed at Blois. I'm not sure where they actually were. On the walls of the staircase? That's what seems to be the case given the order of the photos I took that day. The putto is a symbol of love, and we might called them cupids in English. Putti are usually depicted as chubby male children, usually naked, and sometimes with wings. 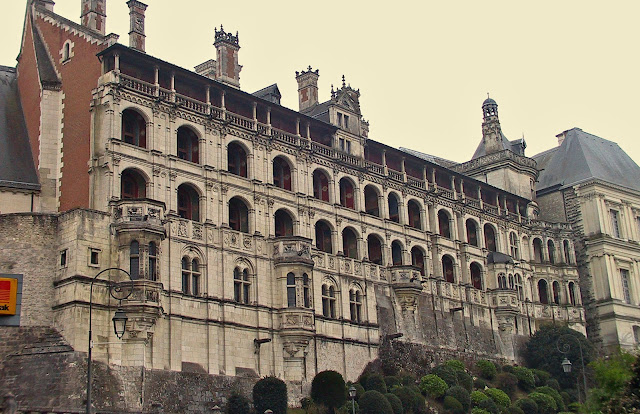 Finally, the outer façade, facing north and the town, is completely different from the inner façade of the François 1er wing of the château de Blois. Philipped Barbour, author of the Cadogan Loire guide, writes: “...it consists of a series of arcaded storeys much more Italian Renaissance in style. Curiously, the architect didn't make the balconies interconnect, giving the feel of some snooty Renaissance hotel, each window given its separate, exclusive terrace.”

Nobody knows exactly who the architect was, but it is said that the queen, Claude, was personally involved in drawing up the plans. When she died in 1524, only nine years after François became king, he seems to have lost interest in the project. François's next project: le château de Chambord.
Posted by Ken Broadhurst at 06:50