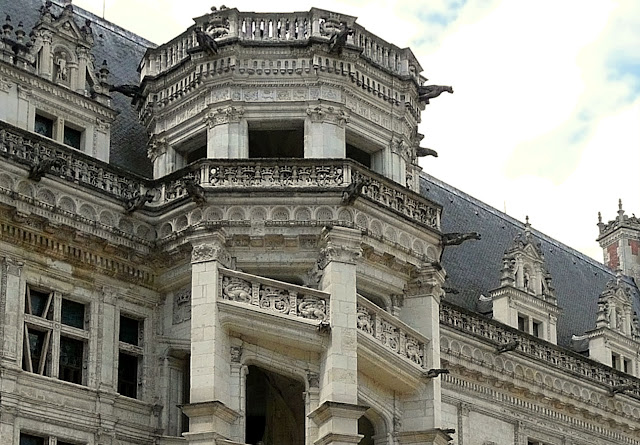 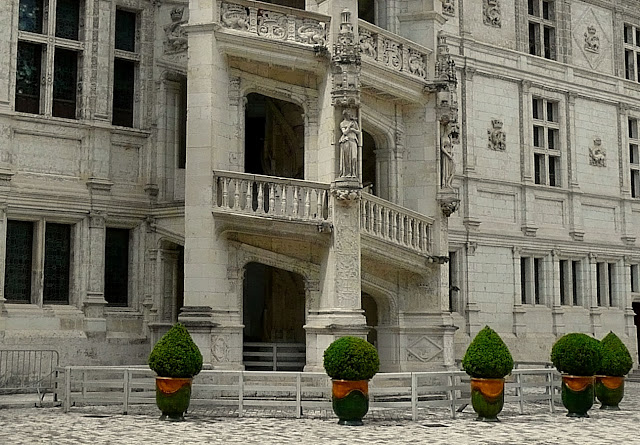 Again, from the Cadogan Loire (© 2001) guidebook: The François 1er wing of the château has “an extraordinarily decorated stair tower. The [...] inner façade [facing the courtyard] makes a lavish display of Gothic style fusing with that of the Renaissance. It was begun in 1515, almost immediately after François had inherited the throne. Symmetry is still not especially sought. The salamanders, Francois 1er's favorite emblem, plastered over the walls, may present a Gothic-looking flourish, but many other details are very much Italianate. A grid of horizontal lines, an Italian influence, breaks the traditional vertical movement of French Gothic architecture. The shape of the steep roof may remain traditonally French, with the proud lucarnes not to be found in Italy but the niches added in these dormer windows, a putti* placed in each, are a typical device of classical fashons.” 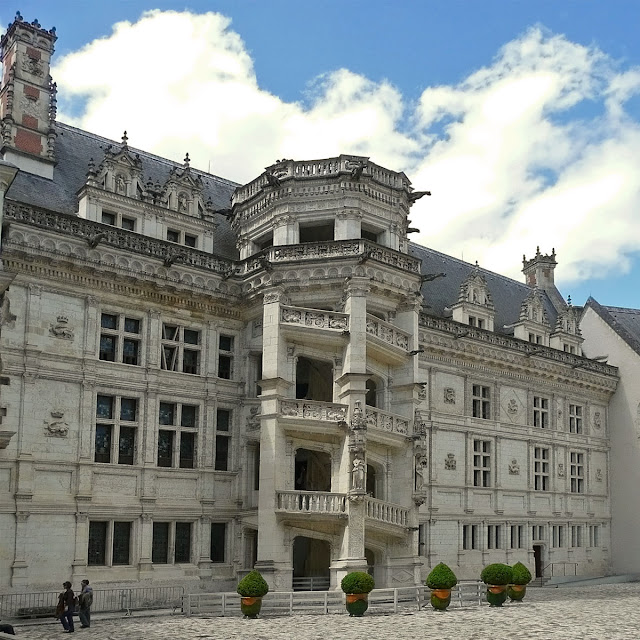 The stair tower “is a celebrated Loire monument in its own right, although the staircase at Chambord runs away with first prize in the category. The protuding spiral stair tower was a well-established feature of French Gothic architecture, not of the Italian Renaissance, the latter preferring straight ramps more discreetly incorporated into the main building. The openwork sides, thought, impart an Italianate touch, allowing for fine courtly display...” 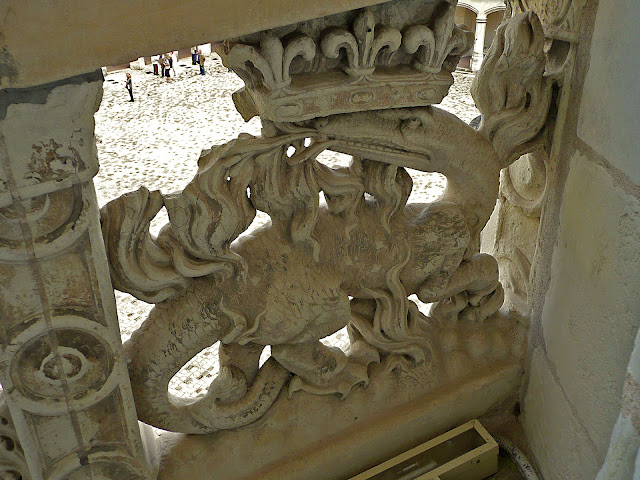 “The openings and balustrades, rather than concealing the angle of the stair ramps, reflect it with their open shapes and friezes. The procession of sculpted salamanders add the the great sense of movement.
“No one is sure who conceived the plans for this inner [courtyard] façade...”
* I think this term should be the singular form putto, which is an Italian term meaning "a figure in a work of art depicted as a chubby male child, usually naked and sometimes winged", quoting Wikipedia.
Posted by Ken Broadhurst at 06:33