I don't think I've ever been served chicken salad in France. At least, not a chicken salad the way we make it in America. I wonder if it is a staple in the U.K. or Australia the way it is in the U.S. This one has cranberries and walnuts in it, along with chopped celery, shallot, and parsley. Here's a recipe that just slightly different from this one. 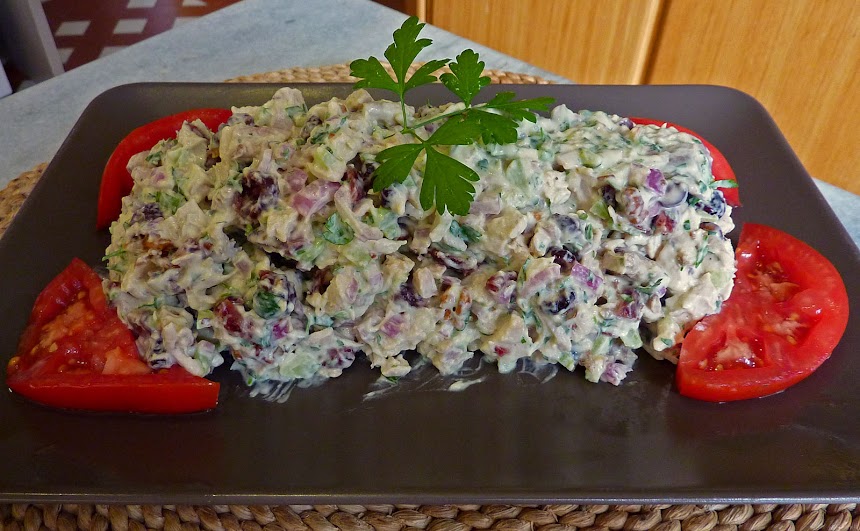 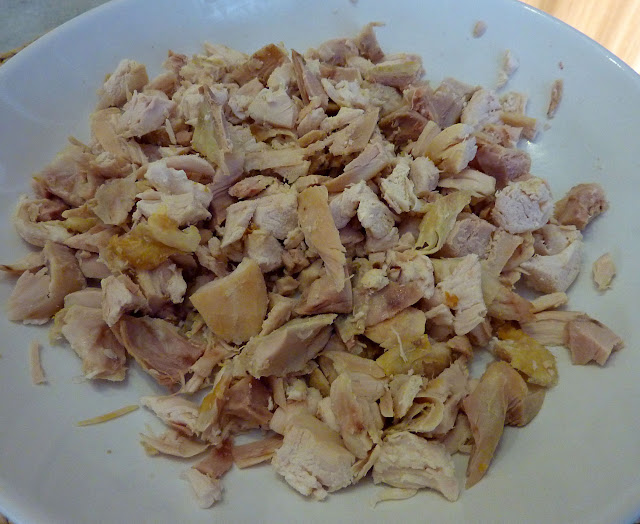 The first thing you need when you want to make this kind of chicken salad is some chopped up chicken. We had cooked a chicken on our kitchen stove's rotisserie (tourne-broche) in the oven. Having the rotisserie is a feature I really like and use regularly. Sorry I didn't take a picture of the cooked chicken before I removed the skin and then took the meat off the bones and diced it up. 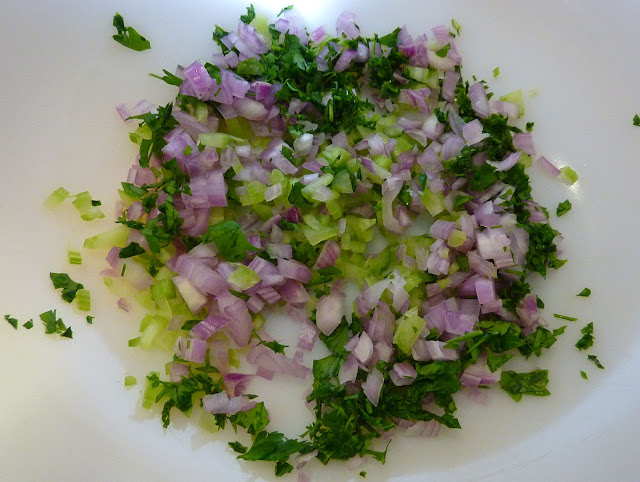 Then you need some flavor ingredients: shallot, celery, and parsley, in this case. One nice French shallot (échalote) is plenty for the meat of half a three-pound roasted chicken. Chop the vegetables as finely as you like. You can substitute onion for the shallot, of course. Red onion would be very good. 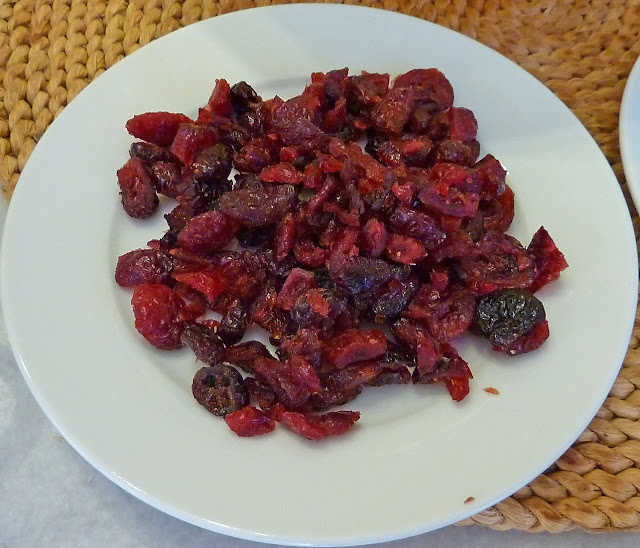 This particular recipe includes dried cranberries, roughly chopped. It's nice to be able to find these dried cranberries in the supermarkets. Cranberries are not French but North American. They're good in salads and cakes, and Walt has discovered that he can make good cranberry sauce with them for the holiday turkey (dinde) or guinea fowl (pintade). I think you could substitute raisins or diced apple for them in this salad. 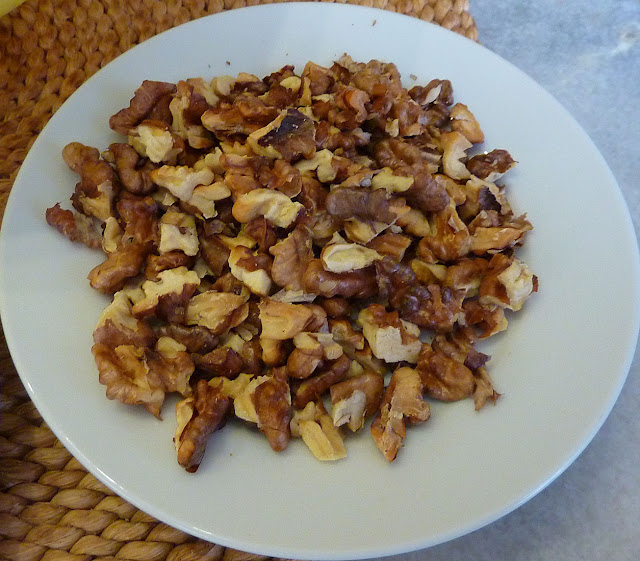 And then walnuts, toasted before being chopped. Walt shelled these and then toasted them on a tray in our little countertop oven. Our American friends down the road have a big walnut tree and often have such big crops that they share them widely, including with us. And our English friends over on the other side of the river also have a big walnut tree, and they generously share them too. We don't lack for walnuts. (The salad would be good with pecans done the same way.) 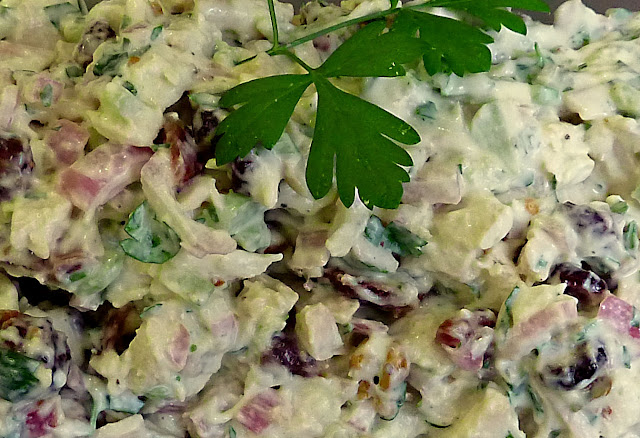 Of course, you also need a dressing for all these ingredients. I use a combination of mayonnaise — I like the Maille mayonnaise fine from the supermarket if I don't make my own — and some plain yogurt, or a combination of yogurt and crème fraîche, to thin the mayo a little — two parts mayo and one part yogurt. Then it's easy to toss the salad in it. Salt and pepper of course. Serve as a sandwich filling or as a salad over a bed of lettuce, with fresh tomatoes.
Posted by Ken Broadhurst at 06:30