To get to Paris-CDG airport (which we used to call by the name of a nearby town, Roissy [rwah-'see], but which Americans seem to just call CDG), I normally take the high-speed train called the TGV Atlantique. It's direct from the airport to the city of Tours, 40 miles or so west of Saint-Aignan. 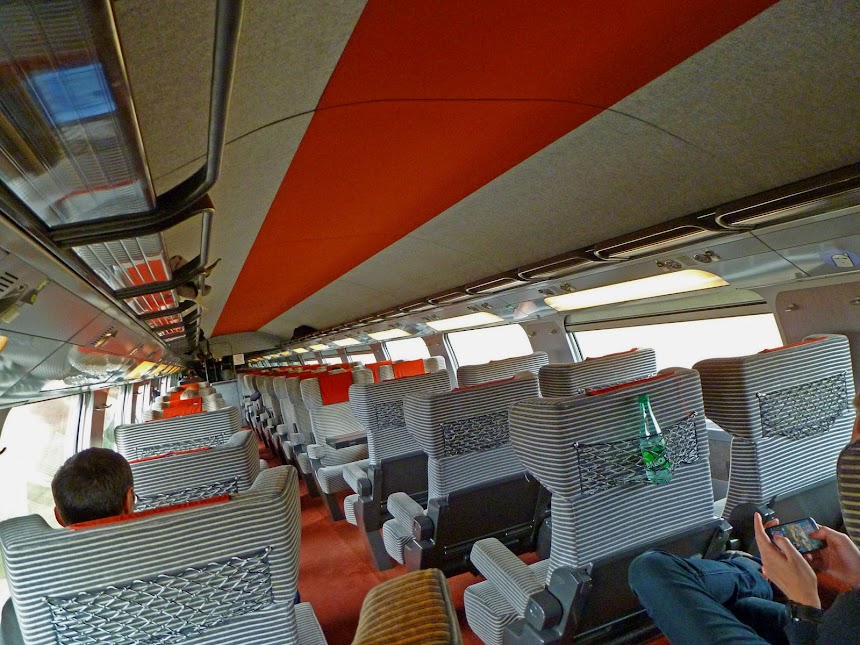 Walt drives me over to Tours, and comes to pick me up there when I return from my trip. TGV stands for train à grande vitesse. Here's what the interior of a car looks like. On October 9, I sat in first class, and there were very few other passengers in the car with me.

To go from Roissy to Tours (the TGV station for Tours is called Saint-Pierre-des-Corps, which is the name of a suburb of the city that is famous as a big rail yard), the train goes south around Paris on the east side of the city — the airport is northeast of Paris — then west along the south side of the city, all at low speed because the route takes it through the suburbs. 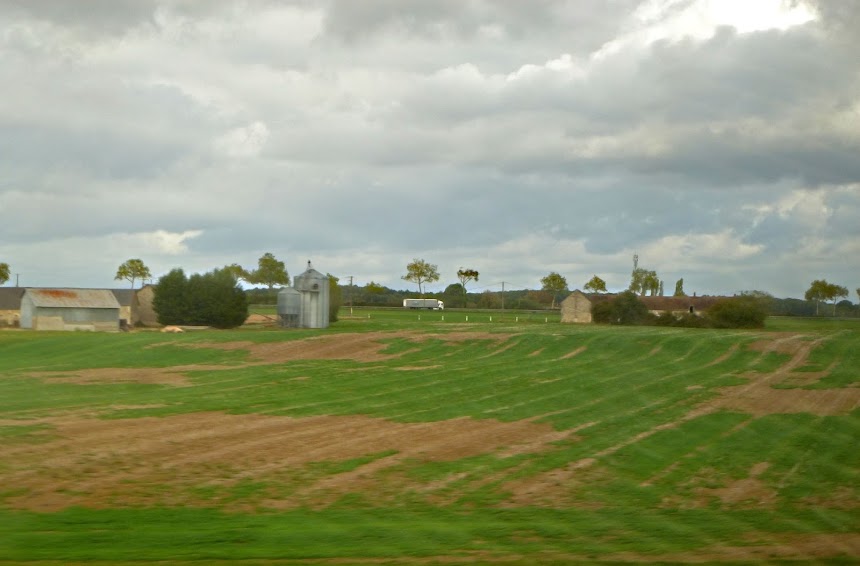 As it leaves the southwestern suburbs of Paris, it picks up speed and rolls across the landscape toward Tours at nearly 200 mph. The TGV trip from the airport takes less than two hours. Driving from Saint-Aignan to Roissy can take three or four hours, depending on traffic. 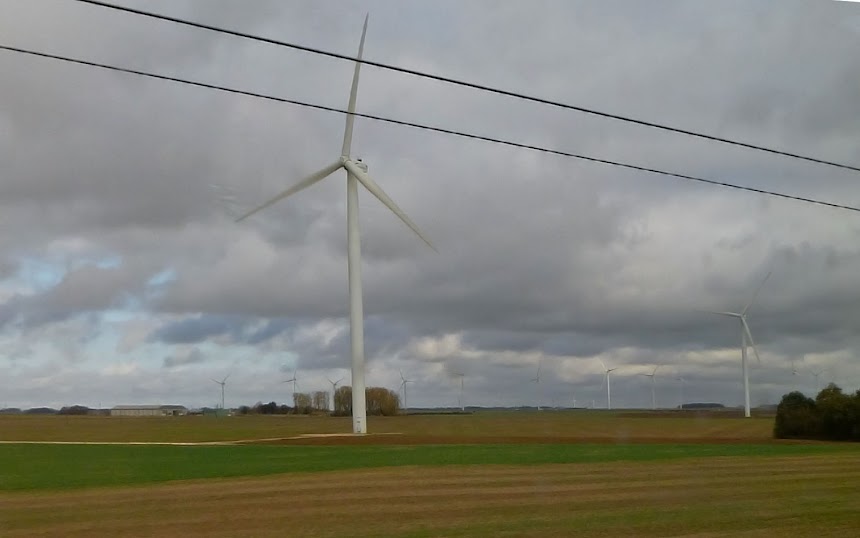 The TGV route takes passengers through the area known as La Beauce, which is France's bread basket. It's a flat region given over to wheat fields, and dotted with towns and villages. A friend of ours who lives outside Urbana, Illinois, on the North American prairie, took the TGV from Paris to Tours a few years ago and said she was surprised to see that this part of France looked so much like the Illinois prairie.

There are a lot of éoliennes in the Beauce — they're called windmills or wind turbines in English. In French they are also called aérogénérateurs, because they turn wind energy into electricity. I count 18 of them in the photo above.

To pass the time while on the train, I enjoy taking photos of the countryside (you can click on or "unpinch" the images to enlarge them). There are a few picturesque villages along the TGV Atlantique route (the train continues on to Bordeaux, which is on the coast). I've tried to figure out what village the one above might be, but without success. It's not far north of Vouvray (famous for white wines), which is more or less a suburb of the city of Tours. Any ideas?
Posted by Ken Broadhurst at 07:25