Yesterday we caught the tail end of a nor'easter. That's a storm that develops over the Gulf Steam, unsually off the North Carolina coast, and moves rapidly up the coast toward Washington DC, New York City, and Boston, with high winds and antediluvian rains. Thee effects here in N.C. were minor, but it rained steadily from before 7:00 a.m. until about 3:00 p.m. The wind was very gusty. 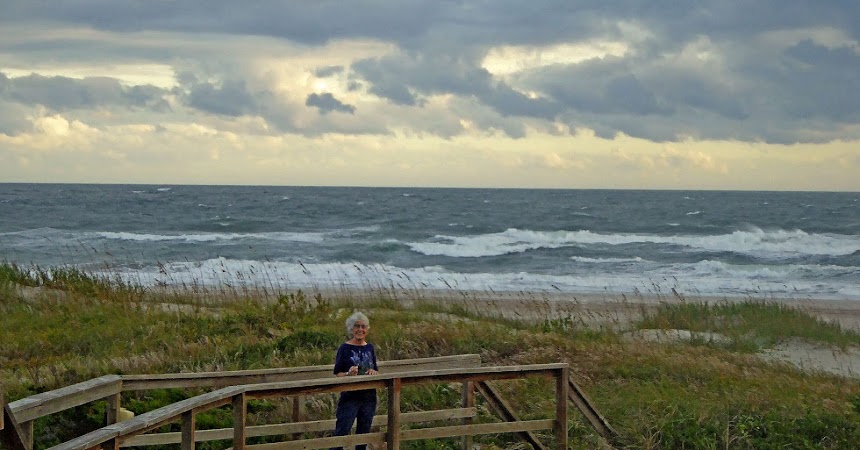 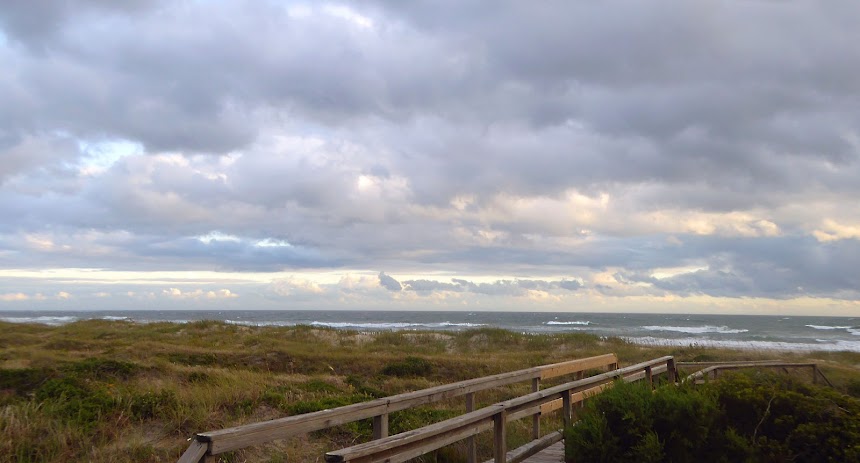 Sue and I took a drive in the morning and early afternoon, going out to the end of the county, about 40 miles from Morehead City, into an area called Down East. It's a land of narrow winding roads, small unincorporated communities (hamlets), pine forests, and extensive salt marshes. It was interesting and fun, and it gives you an idea of how remote this area is. When we got back the to the condominium on the beach where we are staying, the rain stopped and we went out and took some pictures. The clouds were beautiful. That's Sue in the first photo.
Posted by Ken Broadhurst at 14:57