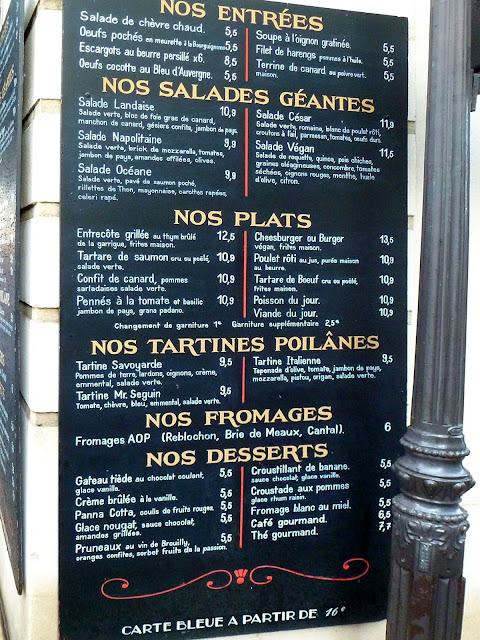 When I went to the Café de l'Empire (rue de Verneuil, Paris 7e), with my friends C. and B. from California, I didn't take any pictures of the food. Not because it wasn't good or not photogenic, but because the conversation was so lively that I kind of forgot about photography. Before I stepped into the café and saw that C. and B. were there waiting for me.I did take a photo of the menu that is posted on the front of the building.


My dinner was the Salade César, which was sort of unconventional. Instead of a grilled chicken breast, the salad was served with diced up chicken breast from a bird that had been oven roasted. Instead of grated Parmesan cheese, there were thin slicess of Parmesan on top the salad greens. And there were also slices and tomato and wedges of hard-boiled egg around the edges of the plate. It was good, but not really what my memory and imagination wanted or expected a Chicken Caesar Salad to be. 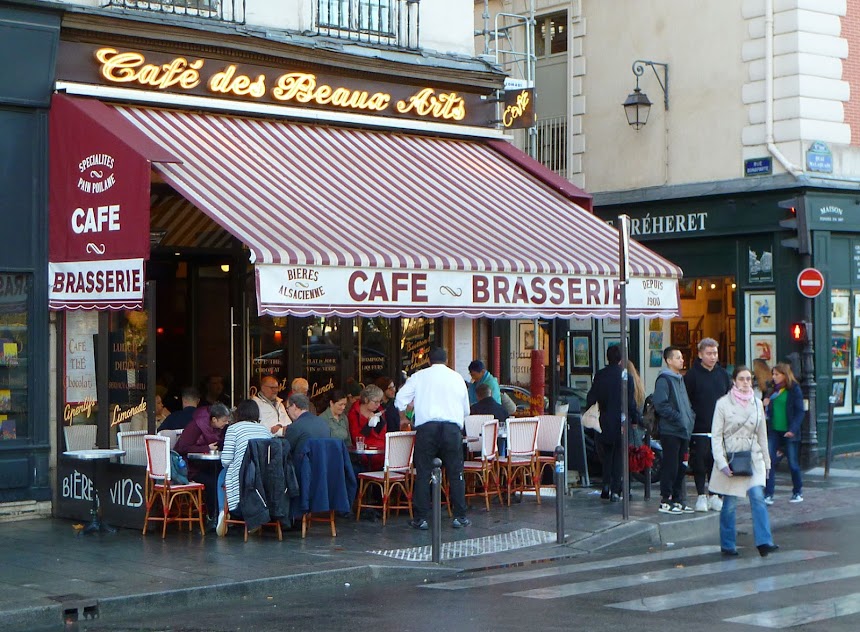 I took the photo above as I walked along the Seine from east to west, on the opposite side of the river from the Louvre. I thought it was picturesque and I'd like to go have a glass of wine or a meal there one day. 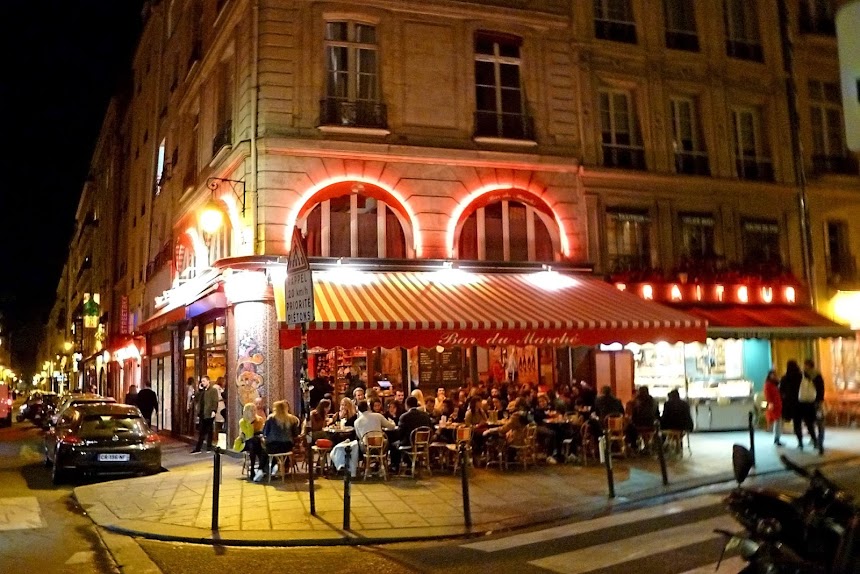 And I took this photo after dinner while I was walking back toward the Place Saint-Michel and Notre-Dame cathedral to catch my train out to the airport. Walt will recognize this place.