It's pouring rain this morning! And blowing a gale. Maybe it won't last. Today is the day we picked for taking a walking tour of the old town of Beaufort, N.C. Here are three photos of some street art painted on the sidewalks along the Morehead City waterfront. 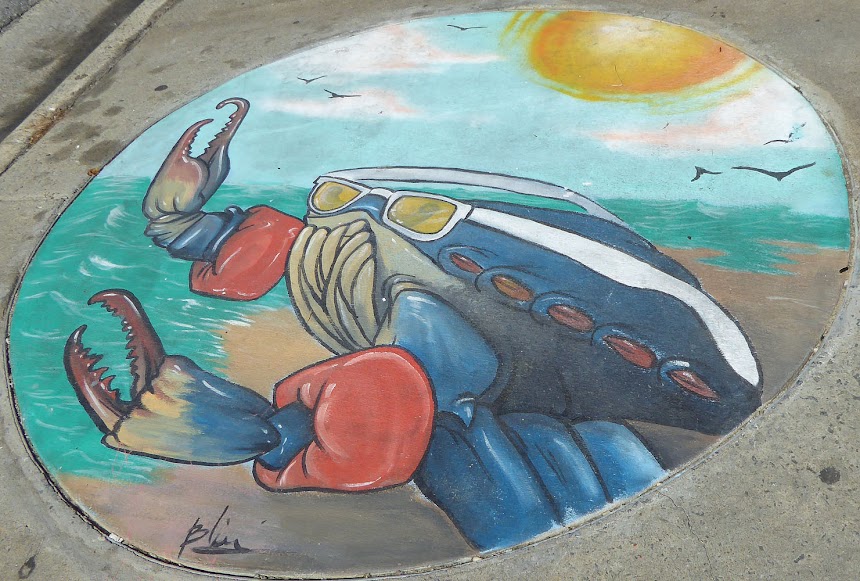 Above is an obviously blue crab wearing sunglasses. I don't know what those red, puffy "sleeves" on the claws are supposed to be. Below is what I think to be a creature called a nautilus. According to Wikipedia: Nautilidae, both extant and extinct, are characterized by involute or more or less convolute shells that are generally smooth, with compressed or depressed whorl sections, straight to sinuous sutures, and a tubular, generally central siphuncle. Having survived relatively unchanged for millions of years, nautiluses represent the only living members of the subclass nautiloidea, and are often considered "living fossils". Yesterday, we took the little ferry from the Morehead City waterfront out across Beaufort Inlet and to a place advertised as being Sand Dollar island. The weather cooperated, but we were surprised when the boat dropped us off on the "island" — it was just a sand bar, devoid of vegetation or any other distinguishing feature. We discovered that we could wade out into the water for a couple of hundred yards to the west and north in our search for sand dollars. Pictures later... 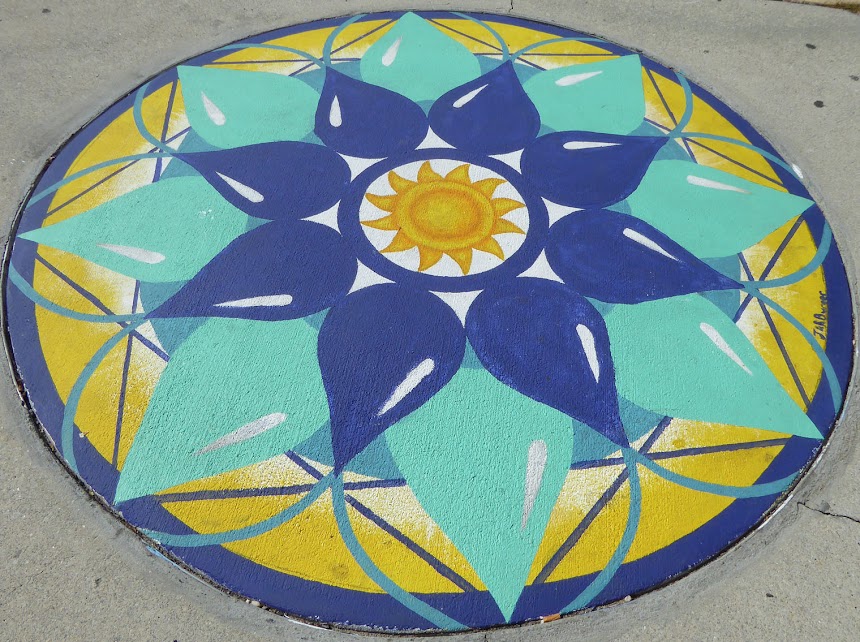 I found sun-bleached-white one, but it broke in half in my hand when I picked it up. My sister Joanna found one live sand dollar, showed it to Sue, who had never seen one before, and then put it back in the water. Sue found two collectible sand dollars, one large and one small. We were on the sand bar and wading in knee-deep, crystal-clear water for two hours with about 25 other day-trippers, and we had a good time. Sue also collected a good quantity of pretty seashells. We didn't see any nautiluses, horseshoe crabs, or blue crabs, but we saw a lot of hermit crabs walking around with their borrowed seashells on their backs.
Posted by Ken Broadhurst at 13:55