Sights I saw as I walked along the Seine Wednesday afternoon 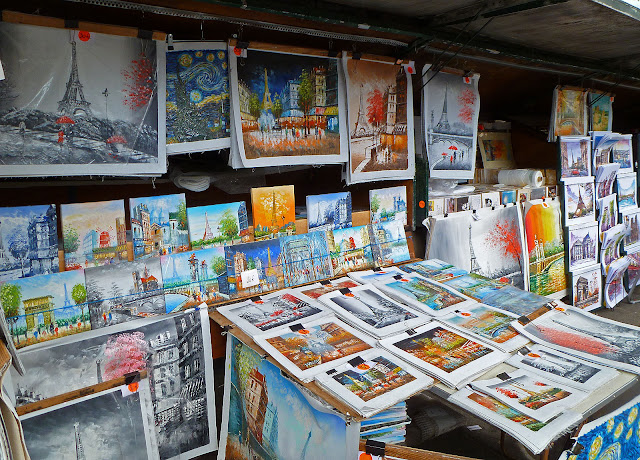 Bouquinistes are book-sellers who have stalls along the quays that line the course of the Seine river in Paris. They sell books, but they also sell a lot of prints, drawings, and other printed matter. Their displays are highly colorful. 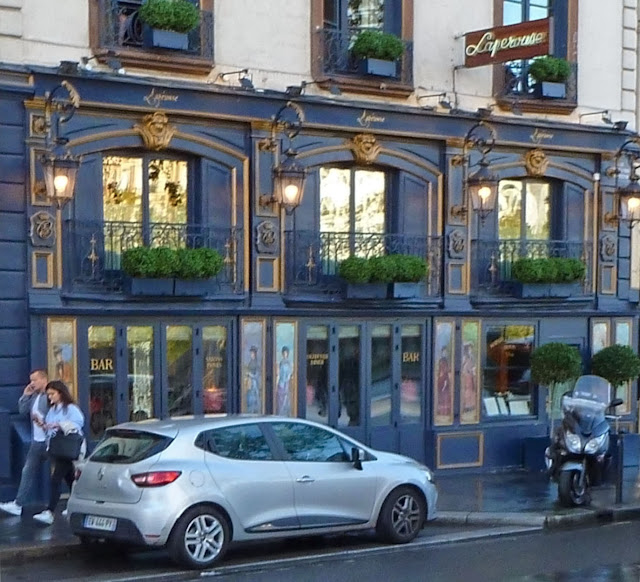 The Restaurant Lapérouse is the the Left Bank, facing the Îles de la Cité across the river. The restaurant is 250 years old and has recently experienced a "revival" under new ownership, according to this New York Times article. I'm sorry to say that I've never had a meal there. 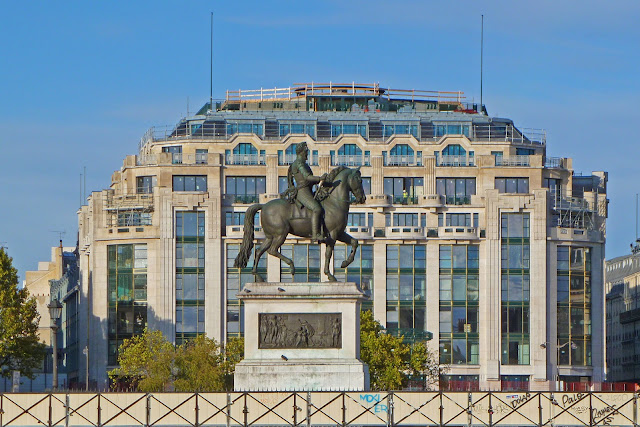 The old Samaritaine department store has been closed for years now. It's on the Right Bank, across the river from the Square du Vert Galant on the western tip of the Île de la Cité, with it's equestrian statue of the late 16th century king Henri IV. 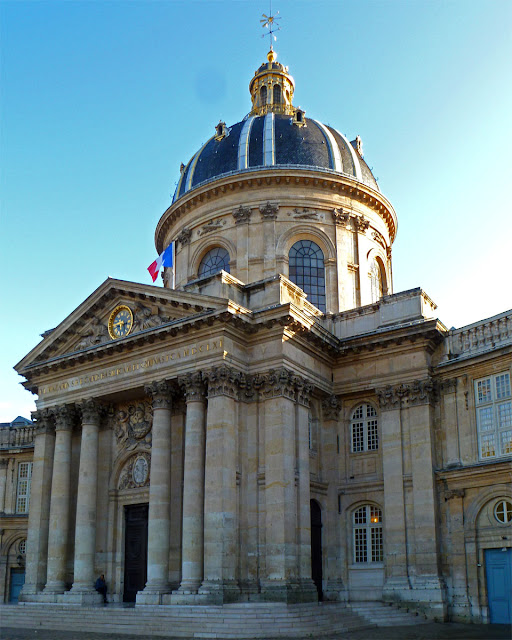 This is the building where the French académies and instituts sit and deliberate. That includes the language authorities called the Académie Française, who have been writing and publishing successive editions of their "official"dictionary of the French language since the early 17the century. 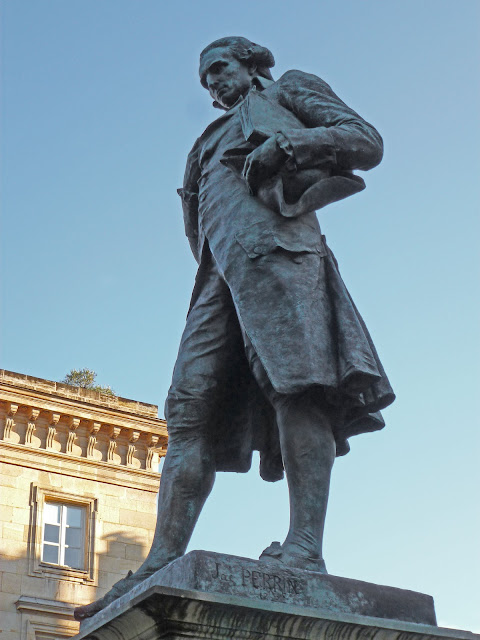 In front of the Institut stands this impressive statue of the Marquis Nicolas de Condorcet, an 18th century mathematician, philosopher, publisher, and political figure. The Institut is located on the Left Bank.

I'm recovering from my 36-hour trip from the Loire Valley to North Carolina this week. And jet lag. I hope that by the time you see this I will have accomplished a few things.
Posted by Ken Broadhurst at 06:30