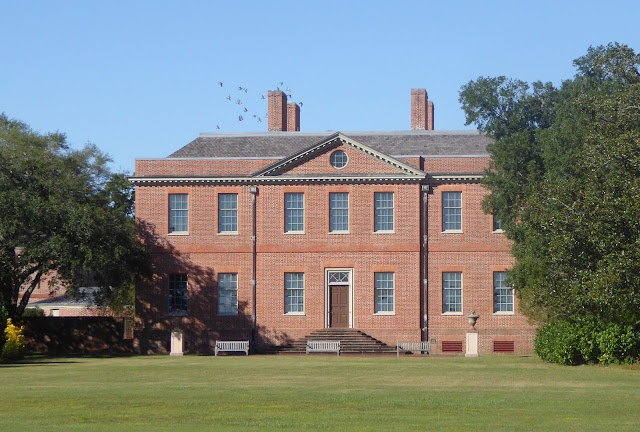 On Friday Sue and I visited the historic estate called Tryon Palace in New Bern, North Carolina. The house was built in the late 1700s — colonial times — as a residence for North Carolina's royal governor, William Tryon, who "reigned" from 1765 until 1771. 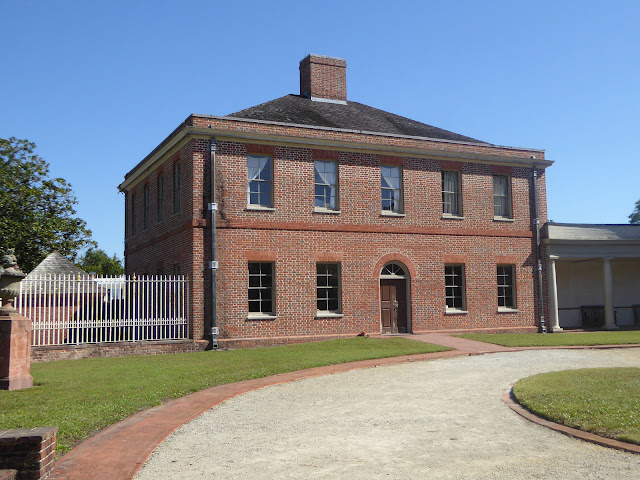 When it was built, Tryon Palace was approximately in the center of the part of North Carolina that had been settled by European colonists. In other words, it was close to the Atlantic coast and about halfway from the colony's borders with South Carolina and Virginia.

The building on the left dates back to the 1770s and housed the palace's kitchens. 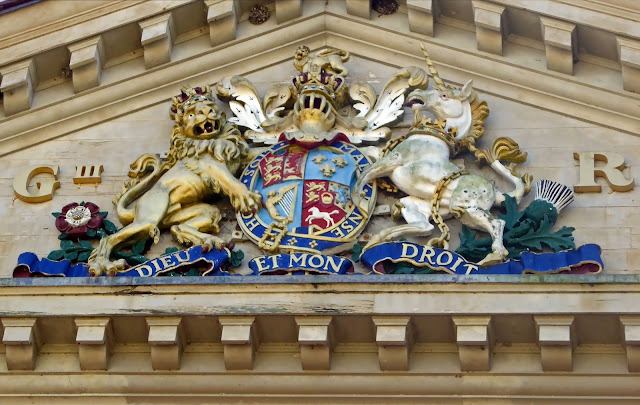 Governor Tryon was immensely unpopular in North Carolina. He was seen as an extravagant English lord who taxed the poor to finance the building of his opulent residence. As it turned out, he lived in his "palace" for only a little more than a year before he moved north in 1771 to become governor of the colony of New York. 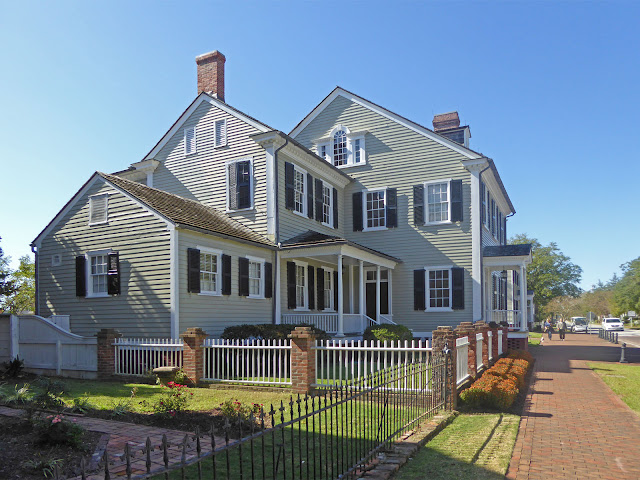 New Bern was the capital of the new State of North Carolina from the beginning of the American Revolutionary War in 1775 until 1792, when the capital was moved 100 miles northwest to Raleigh, the current N.C. capital. In 1798, Tryon Palace fell victim to a fire that started in its basement — the palace burned to the ground.

These last two photos show some the grand old houses in the Tryon palace neighborhood. 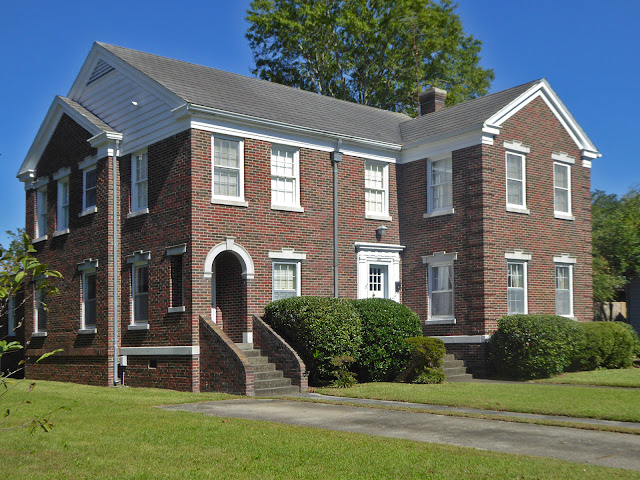 Only in the 1930s, when efforts were mounted to preserve colonial-era New Bern, was there talk of rebuilding Tryon Palace in the original style. The late 18th century plans for the building were re-discovered. Work to rebuild the palace began in 1945, and only in 1959 were the first visitors allowed inside.
Posted by Ken Broadhurst at 13:56