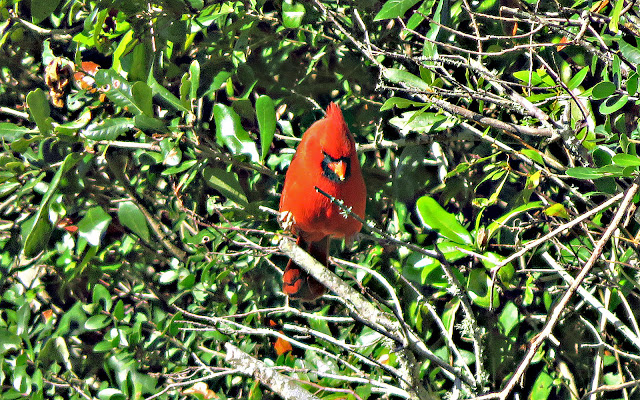 A good friend of Walt's and mine is a woman named Sue who lives in the Sierra Foothills in California. She flew to North Carolina to spend a week there with me in mid-October. We had a busy week trying to see as much as we could of Carteret County, N.C. One of the things that we saw, and that Sue was able to photograph, was this bird called the cardinal (Cardinalis cardinalis). Thanks to Sue for permission to post some of her photos. 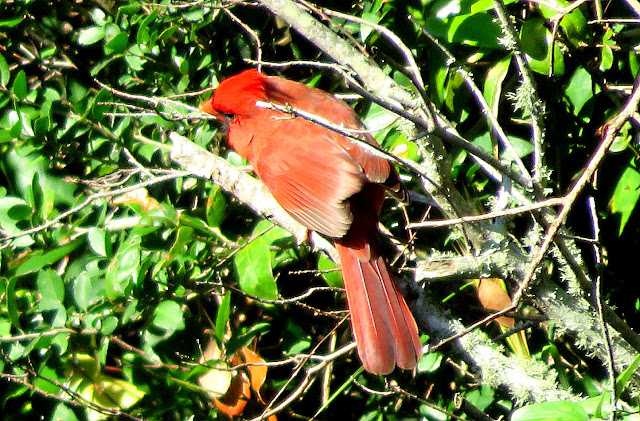 Wikipedia reminds me that the "common cardinal" is also known colloquially as the redbird. It lives in eastern North America from Maine to Minnesota, and down to Texas and Florida — as well as in eastern Canada and in Mexico. People used to keep redbirds as pets, but that practice was outlawed in 1918 under the Migratory Bird Treaty Act. 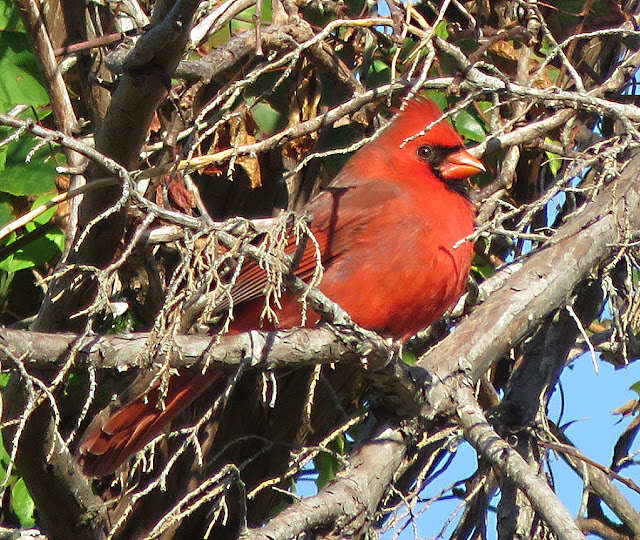 This redbird is also known as the "northern cardinal" because of its North American range. An adult cardinal weighs about 45 grams (1½ oz.) on average. Its body length is about 22 cm (8 to 9 in.) and its wingspan is 25 to 30 cm (10 to 12 cm). The male redbird is crimson red in color, with a black mask around the eyes and down along the throat. The female is mostly mostly grayish-brown with a slight reddish tint on the wings, the crest, and the tail feathers. The cardinal is a territorial songbird 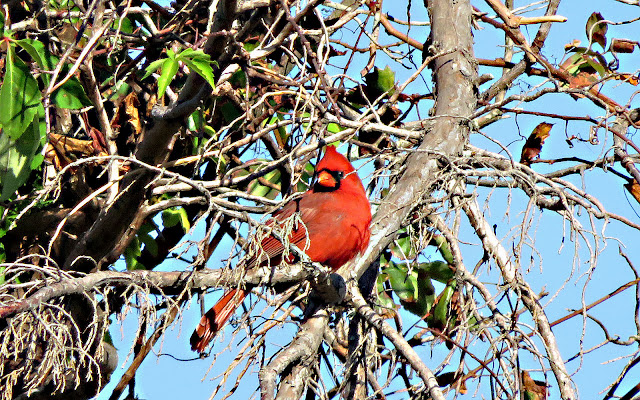 Wikipedia says that the male cardinal "sings in a loud, clear whistle from the top of a tree or another high location to defend his territory. He will chase off other males entering his territory. He may mistake his image on various reflective surfaces as an invading male, and will fight his reflection relentlessly." The redbird's diet consists of seeds, grains, and fruits (90%) as well as insects and snails. The cardinal is the "state bird" of North Carolina and six other U.S. states.