The zucchini keeps coming in, even with Walt throwing some of the bigger ones right onto the compost pile. We still have nearly a dozen in the kitchen. I used two of them to make another batch of hummus-like dip yesterday. 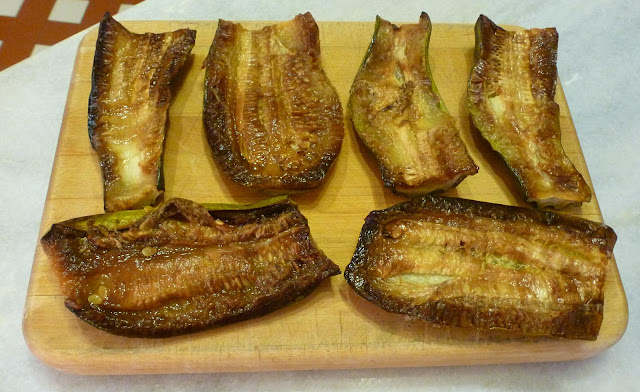 Here's the process: cut large zucchinis into pieces and roast the pieces cut-side down on parchment paper (papier de cuisson) in the oven at 350ºF (180ºC) until they are very soft. These browned nicely, giving extra flavor. 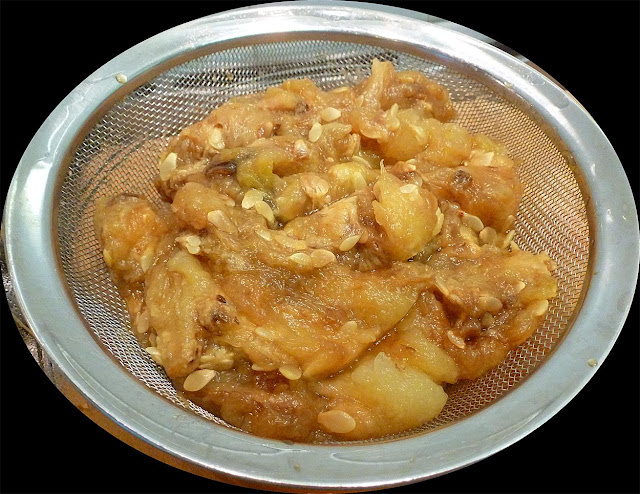 Let the zucchini pieces cool down. Then scrape the pulp off the skins and discard the tough skins. If the seeds don't seem to be soft, discard them too. Put the pulp in a strainer and let the liquid drain away. (I'm saving the liquid to cook ratatouille in this weekend.) 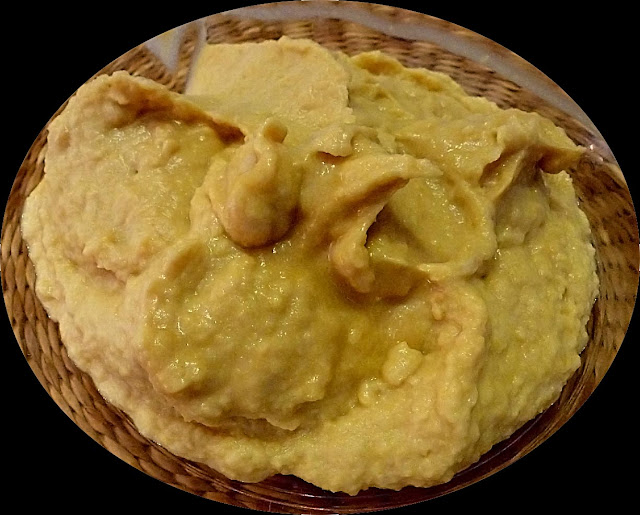 Open a can of chickpeas and drain them as well. Puree the chickpeas using a blender or food processor. 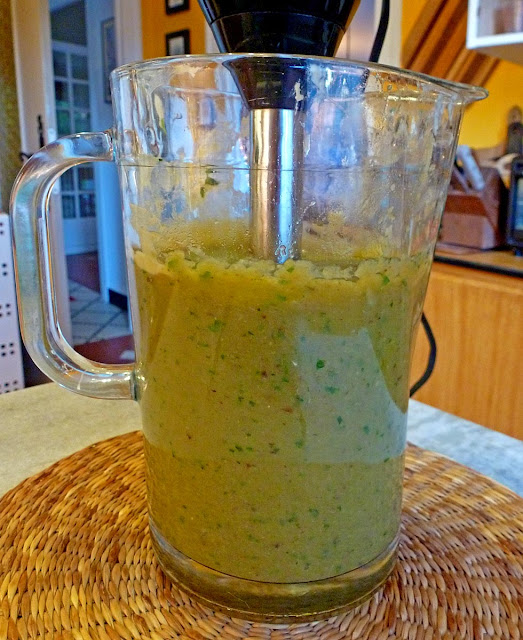 I use a stick blender for jobs like this, and I use a big glass pitcher that I got for a couple of euros at Ikea a few years ago as the blender container. It works well and you don't end up spraying the puree all over the kitchen. This is the zucchini pulp, to which I added at least two dozen basil leaves and a dozen parsley leaves before I blitzed it. Season it with salt, black or white pepper, and other spices (allspice, fenugreek, cayenne pepper, garlic powder, onion powder...), but not so much that the basil flavor doesn't shine through. 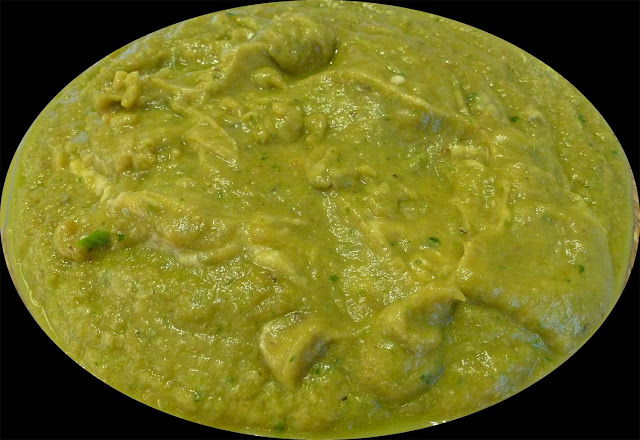 Here again is the zucchini-and-herbs puree. It has a nice green color and great flavor. 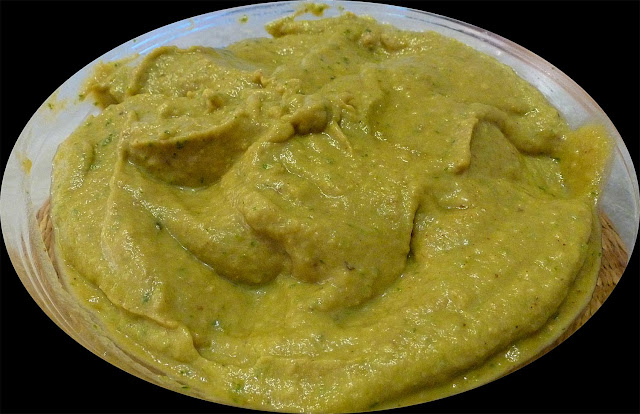 And here are the two purees stirred together in a big bow. The chickpea puree gives flavor and thickness to the dip. It's good as a dip with chips, or spread on crackers, and it could actually make a nice soup if you thinned it with some water, broth, or cream. It would be good hot or cold.
Posted by Ken Broadhurst at 06:30