Making moussaka — eggplant with a meat sauce and cheese — has been a three- or four-day process this time. I went shopping over in Romorantin on Tuesday and bought three aubergines. On Thursday, our generous neighbor brought us almost a pound of sliced, roasted leg of lamb. It all came together. We obviously had enough tomatoes and tomato sauce, given the season. 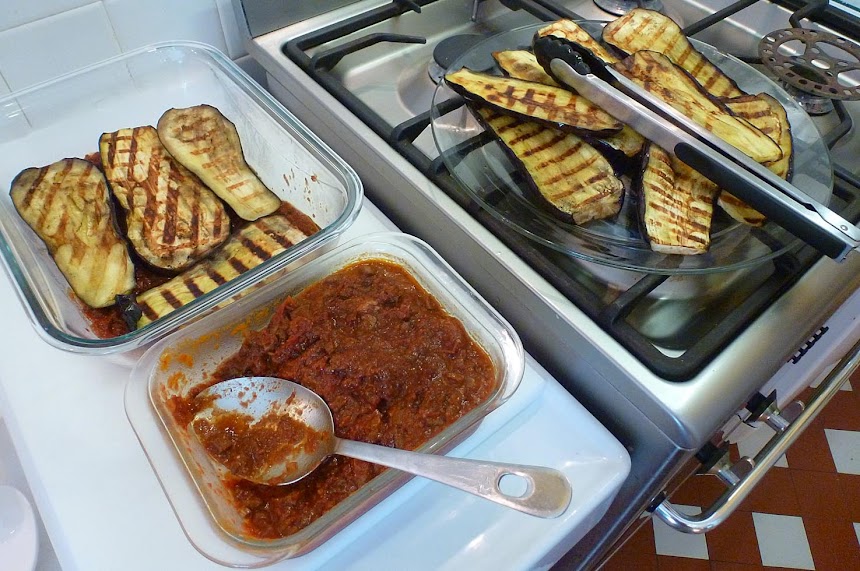 I had considered making this gratin with ground chicken or beef. But lamb is best. Serendipity stepped in. On Friday I made the meat sauce with lamb, which I just chopped up finely with a big knife. Herbs and seasonings for the sauce included dried oregano, black pepper, cinnamon, nutmeg, powdered fennel, onion, garlic, and a pinch of cayenne pepper powder. A splash of red wine also gave the sauce some extra richness. 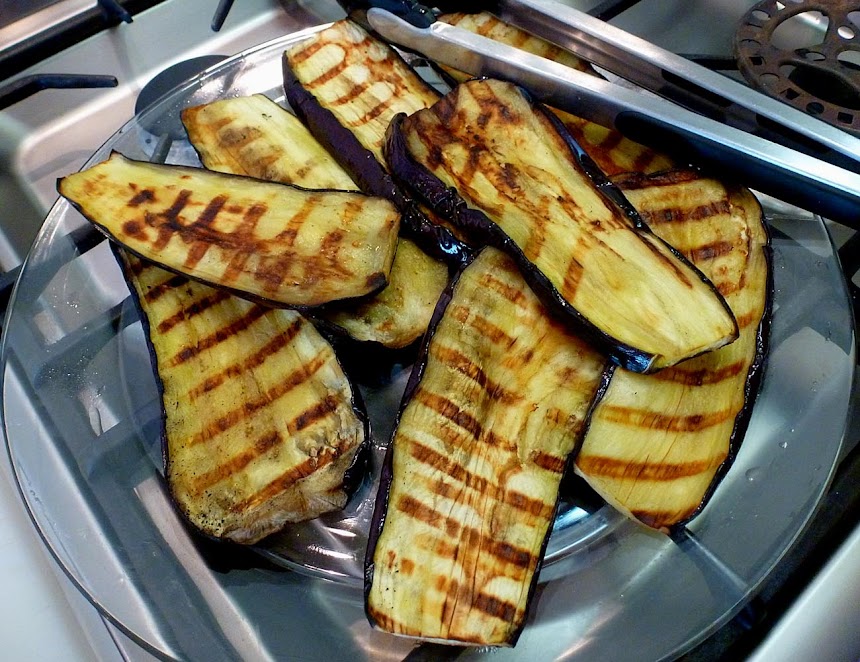 Usually moussaka recipes say to fry the eggplant slices in olive oil. I'd rather cook them on baking sheets in the oven after brushing them with olive oil. Better still is when Walt cooks them on the grill, as he did yesterday. That adds a lot of flavor to what is a fairly bland, though delicious, vegetable (or fruit, really). 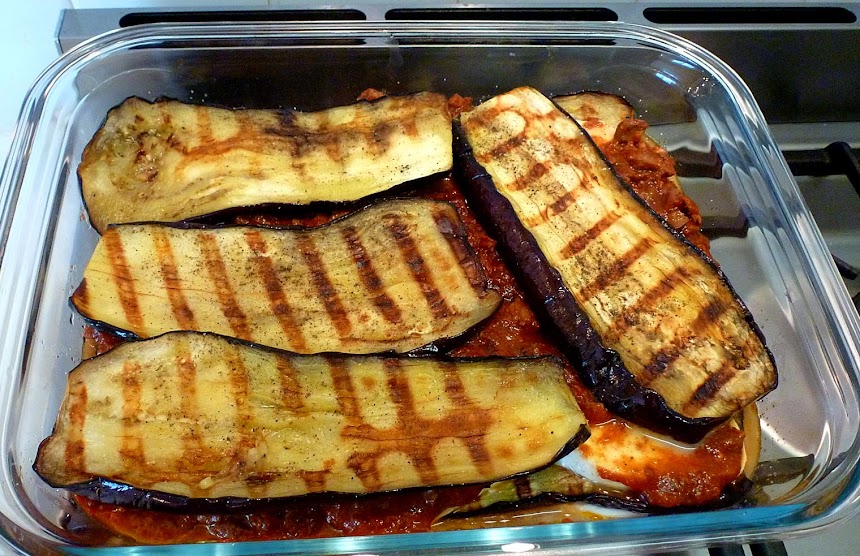 Moussaka is layers of cooked eggplant, cheese, and tomato/meat sauce. I had a block of mozzarella, and I sliced it up and used it in two layers. Sauce, eggplant, cheese. More sauce, more eggplant, and more cheese. More sauce, and then the top layer of eggplant. What remains to be done today is to make a thick and cheesy white sauce (butter, flour, milk, nutmeg, and grated cheese) thickened with an egg. That gets poured over the top layer of eggplant slices, and a little more grated cheese gets sprinkled on top. Then the whole dish bakes in the oven until the cheese melts and the eggplant finishes cooking in the bubbling sauce. Flavors blend. I wish it were lunchtime right now.
Posted by Ken Broadhurst at 06:00