This is a recipe I came across a few days ago in our database of recipes collected from all sorts of web sites over the years. I really don't believe I had ever made it before yesterday. It just so happened that we had the potatoes, bacon, eggs, and cream on hand, and it was a cool morning that didn't discourage me from baking something in the oven.

The recipe is in French and its title is Quiche Tatin. If you've spent any time in France, you've probably eaten and enjoyed the dessert called Tarte Tatin. It's an upside-down apple pie in which the apples are caramelized in butter and sugar and then a crust is laid on top of them  before the tart is baked in the oven. To serve it, you turn it over on a platter so that the nicely browned crust ends up on the bottom and the beautiful caramelized apples are on top. 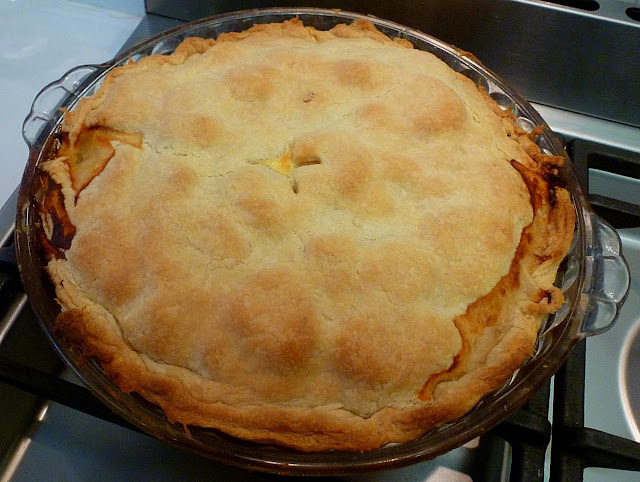 Well, this is a Tatin made with potatoes instead of apples, and bacon instead of butter. I have a hard time with calling this a quiche, though, because of the potatoes. It's really a Gratin Tatin, or a Tatin de pommes de terre. It actually does include a standard quiche mixture of eggs and milk (or cream).


The first step is to peel and cook six or eight potatoes. Steaming is a good way to cook them, or you can boil them. When they are mostly cooked but still a little firm, let them cool down and then cut them into thin slices. 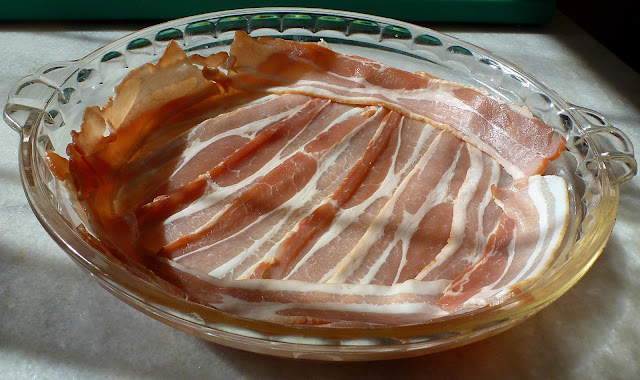 While the potatoes are cooking, carefully line a pie plate or other baking dish with strips of bacon. In France, these are fines tranches de poitrine fumée, and you can buy them at the supermarket, usually 8 or 10 slices per package. American bacon would be perfect. 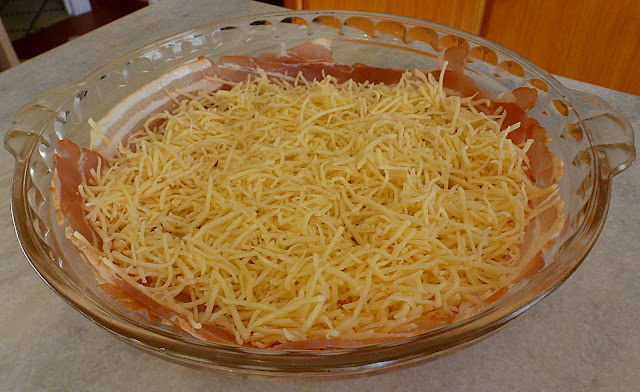 The next step is to put a handful or two of grated cheese in the bacon-lined baking dish. I used grated Emmental (emmental français râpé), but any Swiss cheese or even Cheddar would be good. 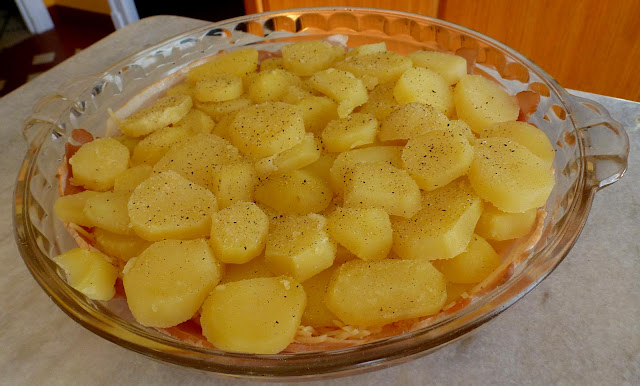 Next, cover the grated cheese with potato slices — as many as the pan will hold, in one or two or more layers. Season them well with salt, pepper, and a grating of nutmeg. Beat three eggs in a bowl with about three-quarters of a cup of milk or cream and pour the liquid over the potatoes. Don't overfill the dish. 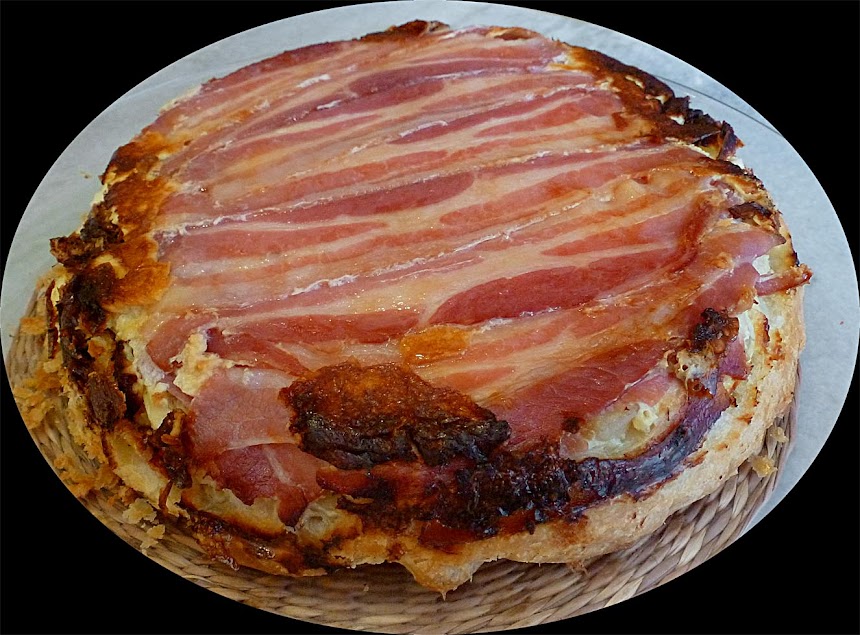 And then lay a sheet of pie crust (regular or puff pastry) over the top, tuck it in around the edges of the baking dish. Bake the tart in the oven at 350ºF (180ºC) for about 30 minutes, until the crust is golden brown. Put a platter or large plate upside-down over the pie plate while the tart is still hot. Carefully turn it over using a kitchen towel or pot holders. The Quiche Tatin should fall right out on the plate or platter and look kind of like the one above. This is something that would be good to eat hot, warm, or cold.
Posted by Ken Broadhurst at 06:45