I'm stealing a page from Walt's playbook. While he was busy stacking firewood over the weekend, I was nursing a sore back. (It's slowly getting better, by the way.) I was also experimenting with a camera that I bought in 2015 and really haven't ever used very much. 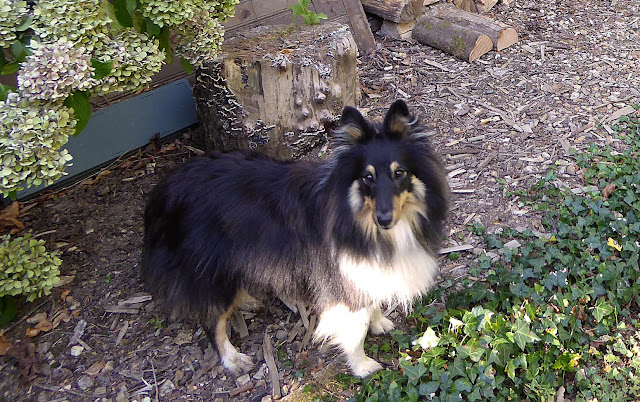 Tasha was helping Walt with the wood-stacking and also posing for photos for me. She is such a cooperative little dog. She a Shetland sheepdog and is 18 months old now. 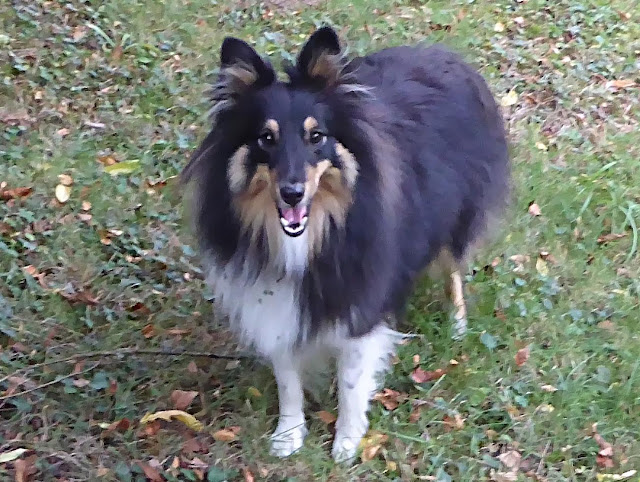 The photo on the right is a fairly soft-focus image. I took it before I found the settings I'm now using to take photos with the TZ60 Panasonic camera. 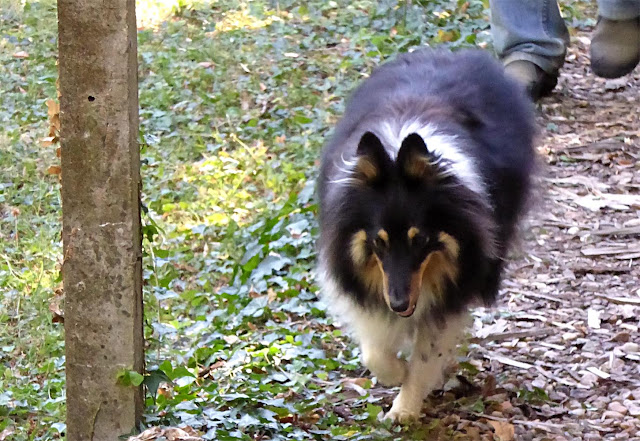 Tasha does seem to stand around a lot with her mouth hanging open. I guess that's her version of a smile. Or maybe she was hot and sweating from helping with the stacking. 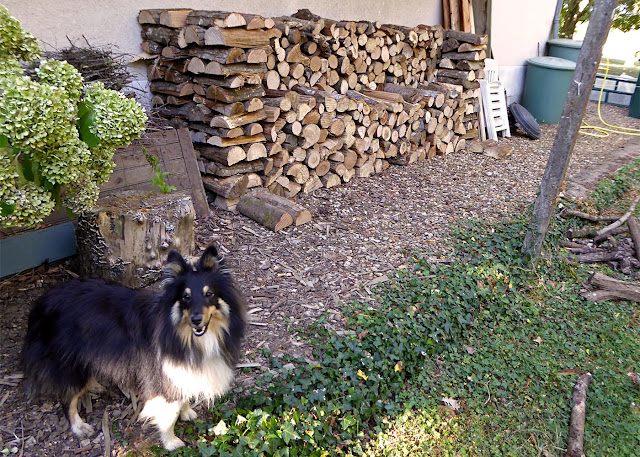 In this last shot you can see the status of the woodpile on Monday morning. Walt has now filled out that second row of logs. There's one more row to go, but it actually rained a little bit yesterday morning, so Walt took a day off. Those big green cans are rain barrels, not garbage cans. 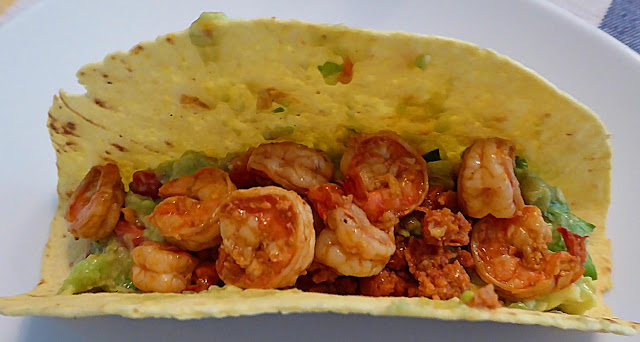 I went to SuperU in the morning and got some corn tortillas so that we could make shrimp-and-chorizo tacos for lunch. The taco recipe I based it on is a really good one (spicy shrimp, fresh guacamole, and a cilantro cream sauce).