Of wood and heat

Yesterday was one of the hottest days we've had this summer. According to Accuweather, seven other days in August 2018 have been hotter — but only by a degree or two or three. The temperature hit 33ºC yesterday afternoon. I had a pretty miserable walk with Tasha between five and six o'clock. The sun was scorchingly hot, and I tried to stay in the shade as much as I could... which wasn't much, considering I'm walking in a vineyard. 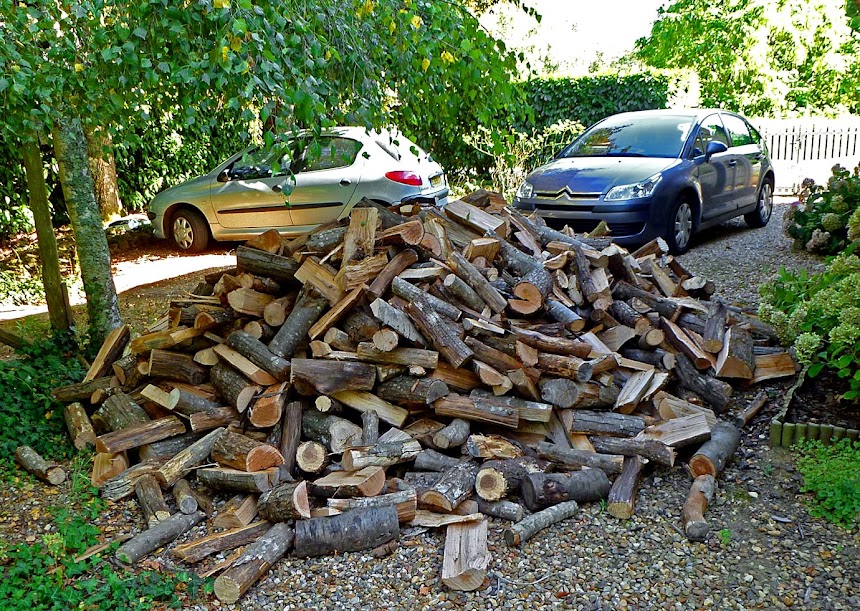 It's ironic that we took delivery of our firewood for the winter yesterday afternoon, on such a hot day. The man who delivers it, Monsieur Duval, owns the Entreprise Duval firewood business that's in the village called Vallières-les-Grandes, up near Chaumont-sur-Loire. I had called him a couple of days ago, and 48 hours later, there was the wood, all four cubic meters of it, cut into approximately foot-long pieces. 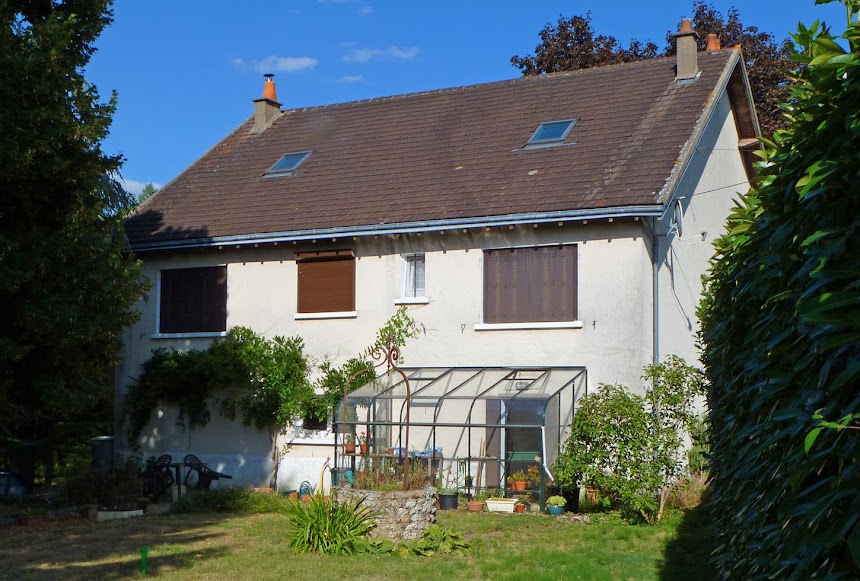 Here's what the house looks like on hot afternoons. (The ºF equivalent of 33ºC is 92.) Without air-conditioning, the only way we can survive the heat is to close all the shutters on the west side of the house. The Velux skylight windows in the roof have roll-down blackout shades that we also close. We have a big extractor fan in the loft to try to pull cooler air into the room. Fortunately, I guess, we have only one window in the south side of the house, and it's made of glass blocks. We close a heavy curtain over it to keep the heat out. 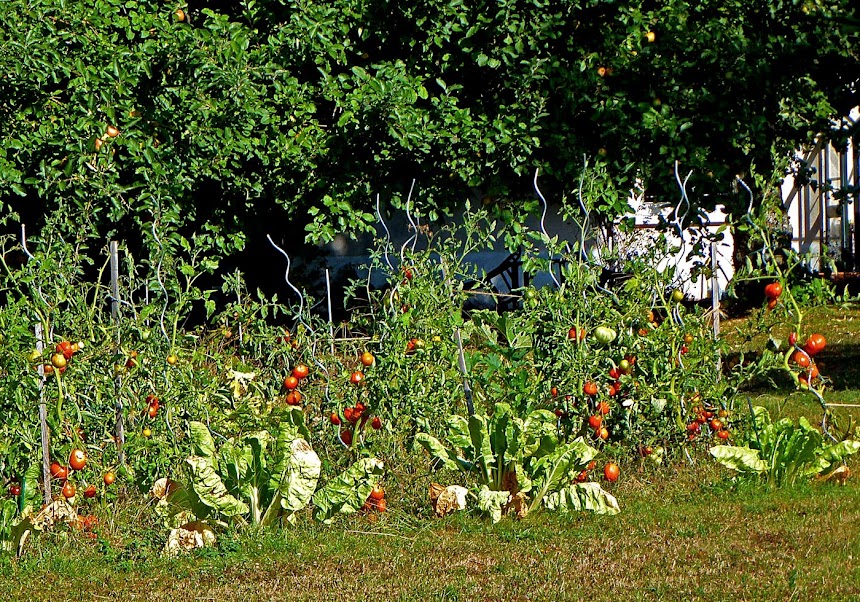 I got up at five this morning, as is usual these days, and opened as many windows and shutters as I could to let in cooler morning air. Today is supposed to be a degree or two less hot than yesterday. And then the temperature is supposed to drop radically over the weekend, with a high of 23ºC on Friday and only 18ºC on Saturday. That's low 70s to mid-60s in ºF. It's bound to feel cold — good weather for stacking a cord of firewood. I hope the predicted rain isn't too cold for the tomatoes that are still ripening in the vegetable garden.
Posted by Ken Broadhurst at 06:10