Fully two-thirds of France, including our département (Loir-et-Cher), is under an official heat wave or canicule ("dog days") warning today and through the weekend. Only the coastal areas along the English Channel are exempt. The temperature here in the Saint-Aignan area is supposed to hit 30ºC (86ºF) by noon. This morning's low on our thermometer is the highest low temperature we've had all summer. The historical average high for this date, according to Accuweather, is 25ºC, which is 77ºF. 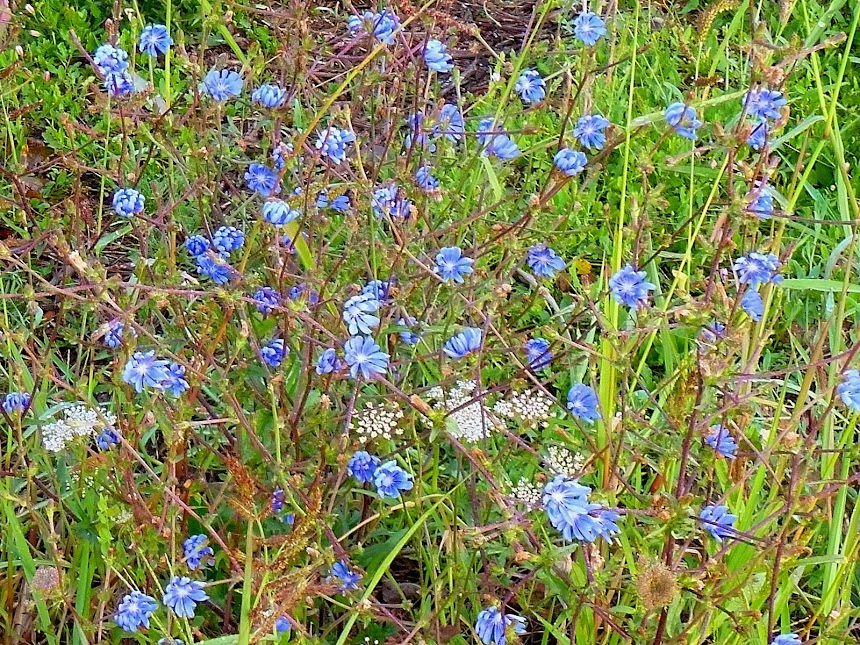 The weather sites I monitor don't precisely agree on what the late afternoon high temperature will be here. One says 33ºC, another 34ºC, and still another 36ºC. Anyway, 35º in Celsius is the equivalent of 95º on the Fahrenheit scale. At least it's not predicted to hit 100ºF the way it did for many consecutive days in August 2003, our first summer in Saint-Aignan. That was a catastrophe and across France thousands died of dehydration and heat exhaustion. The heat is much worse in big towns and cities than it is out here in the countryside where there's less concrete and asphalt. Still, the concrete roof tiles on our house get so hot you can't touch them. 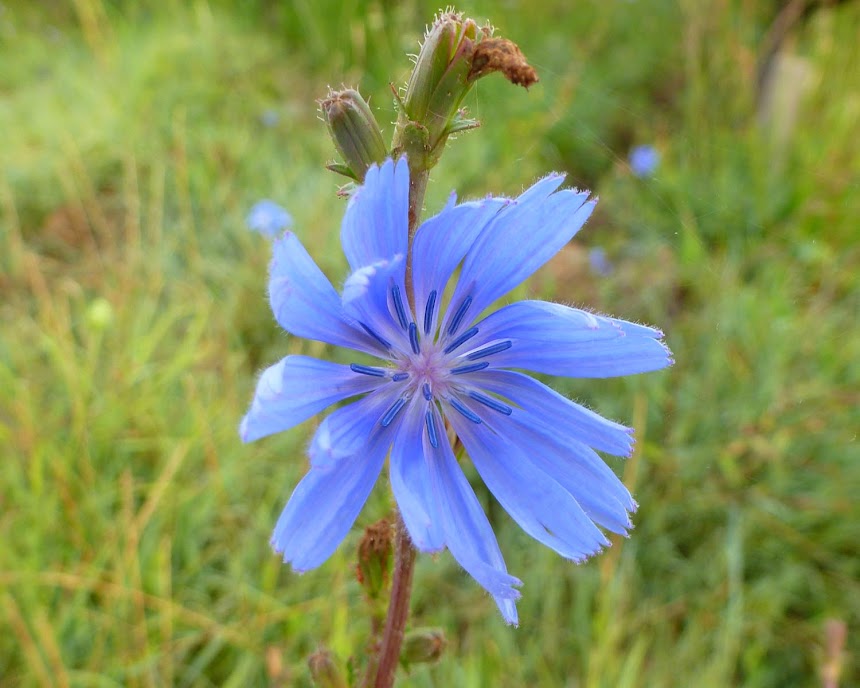 There are two reasons why this kind of heat is so hard to endure here and so dangerous to people's health. The first is simply that it's so unusual to have extremely hot weather for so many days in a row — people just aren't used to it. The other is that the houses and apartments in France, in their vast majority, are not air-conditioned. In our particular case, the only way to escape the heat is to go out for a drive in the air-conditioned car. 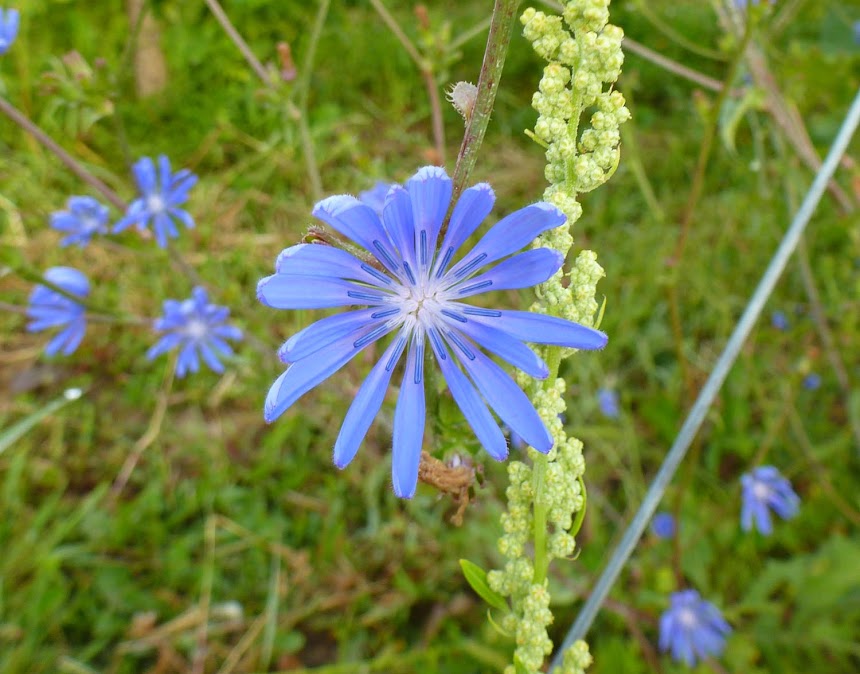 The blue flowers in these photos are the second most plentiful blossoms in and around the vineyard this summer. They are called "cornflowers" and in reality they are the blooms on wild chicory plants. They're common in Europe and North America, so you might see them where you live too, if you're out in the country
Posted by Ken Broadhurst at 06:45