A trip to the coast

It's so hot here in Saint-Aignan that our tap water — the cold water tap — is tepid. In other words, we have hot and warm running water, but no cold water flowing. We also have three more days of high heat to endure, according to forecasts. Between Tuesday and Wednesday, the afternoon high temperature is supposed to fall from the mid-90s in ºF down to the mid-70s. Yesterday's high, according to Accuweather, was 34ºC — between 93 and 94ºF. Walt and I both a much happier when the temperature is in the mid-70s. 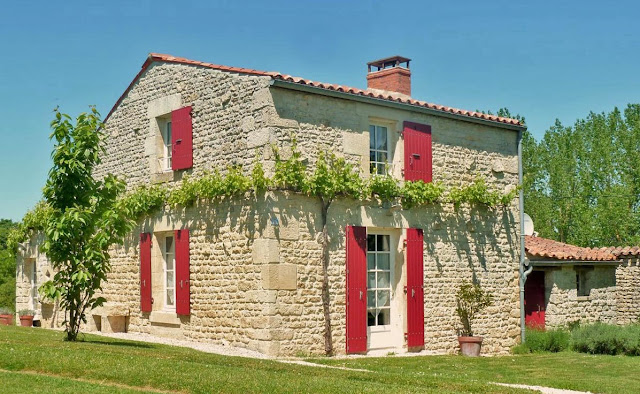 Partly because of this summer's extreme heat, we've been contemplating a car trip to the coast this fall, after we've finished harvesting and processing vegetables from our back-yard garden. For 10 years we've been talking about finally going to see the cities of La Rochelle and Les Sables-d'Olonne, and the island called Noirmoutier. Yesterday I took the first step toward that goal. I reserved a gîte rural for a week's stay over that way in October. The rent for the week is about $400, everything included. 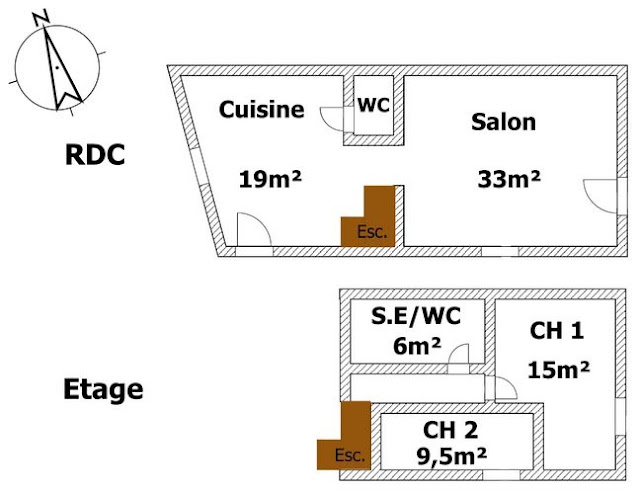 The web site says it's an 18th-century house on two levels with a big living room and a spacious kitchen on the ground floor, and two bedrooms and a bathroom upstairs. I'm happy to have found a place that meets three or four of our must-have criteria. First, the owners must allow you to bring your dog with you. Tasha will be happy to go for a long ride in the car. Second, we need to have internet access. Third, we want TV so we can watch Télématin in the morning for news and weather before heading out for a day of touring around. And fourth, we need a convenient location from which to do day trips. 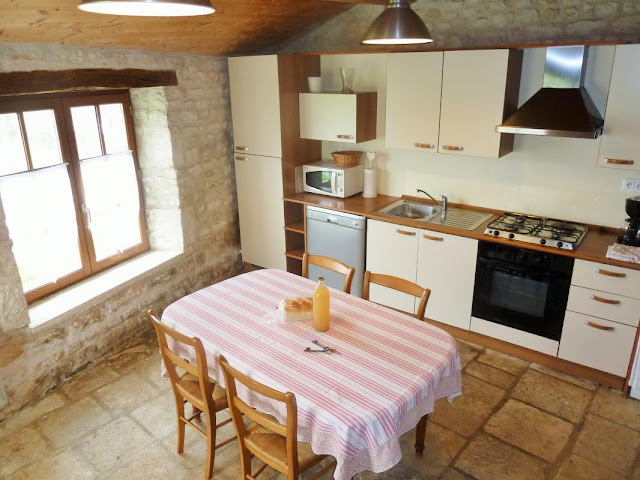 A gîte rural is not necessarily a luxury accommodation. It's a place to stay in the country, and sometimes just one step up from camping. In British English, the translation is "a self-catering cottage in the country." In American English, it's a small vacation rental in a rural area. Gîtes come with different levels of what is called confort, or modern conveniences. This one has a decent kitchen, if the photo reflects reality, and there are two bedrooms, one with a queen-size bed. Sheets and towels are provided, though for us that's not crucial because we can pack and take our own — we'll be driving, after all. 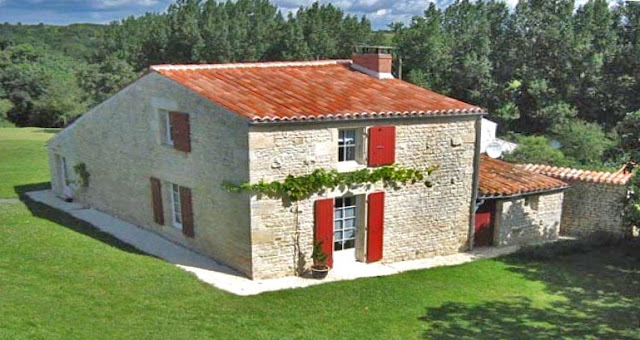 This gîte — it's pronounced [zheet] — is near the big town of Fontenay-le-Comte (pop. 13,640) on the edge of the area known as the Marais poitevin, a big marshy region described on Wikipedia as having a western zone called a 'dry marsh'... “used for farming and breeding, and ... an eastern zone called the 'wet marsh', a maze of islets criss-crossed by picturesque canals now used for tourist rowboating...” It's a three-hour drive from Saint-Aignan and about 35 miles from the beaches along the Atlantic coast. The historical average temperatures for the area in October are highs of 16 or 17ºC (mid-60s in ºF) and lows around 10ºC (50ºF). I want to be able to walk on the beach and see, smell, and hear the ocean. I want to eat seafood.
Posted by Ken Broadhurst at 06:30