We went out to stack our recently delivered firewood yesterday. The weather is much cooler, so it was not such an unpleasant task. Problem is, my back has been really hurting for the past four or five days. I couldn't help Walt with the stacking as much as I wanted to. 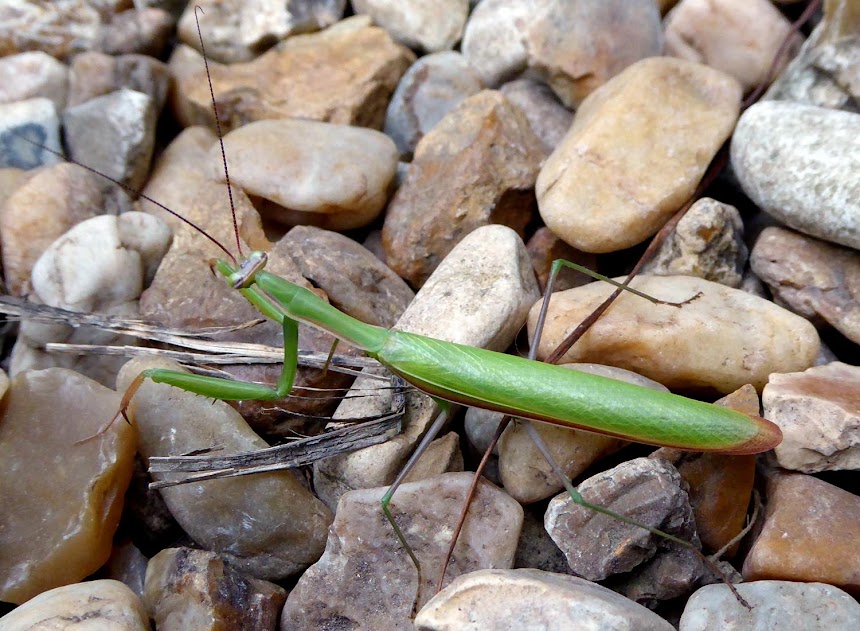 As I gave up — I could feel my back muscles tightening up and starting to ache — I came into the house through the greenhouse and above is a photo of what I saw in there. It's the first time I've seen a praying mantis, called une mante religieuse in French, in years. I posted photos of the only one I've ever seen here back in 2009. The mantis is a Mediterranean insect that has been introduced in North America. 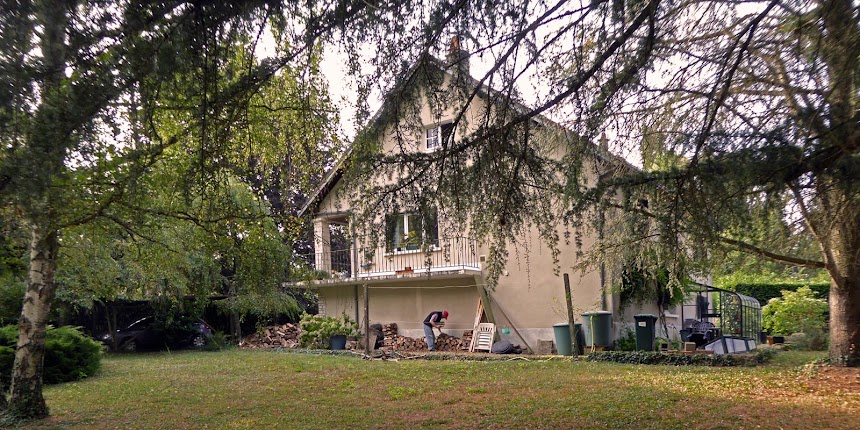 Here's a photo of our house that I took yesterday morning. I was standing under some big trees that grow on the north side. Walt was still stacking wood. They predicted some rain for us yesterday, but we got just a few drops — not enough to do us any good. The landscape looks like California in summertime right now. It's brown and parched. 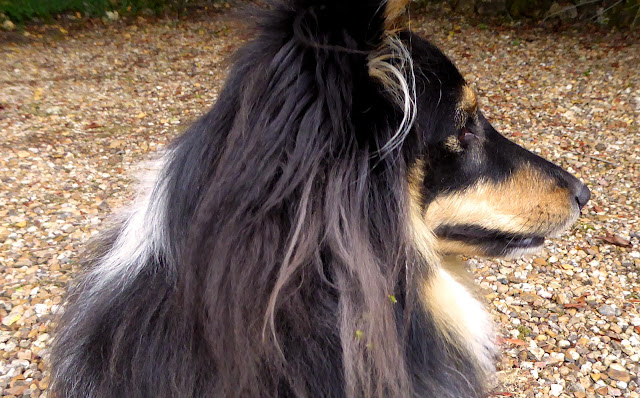 Finally, I'll post a photo of Natasha that I was able to take while I was outside. She gets very excited when we go outdoors, and it's hard to get her to keep still. Tasha is now 18 months old.
Posted by Ken Broadhurst at 06:00