A report on the news the other day showed a man who grows apples for a living saying that it had been so hot in eastern France that his apples were cooking on the trees. We've seen the same thing happening here in Saint-Aignan, with apples and with tomatoes. And I think a lot of the grapes out in the vineyard are sunburned too. 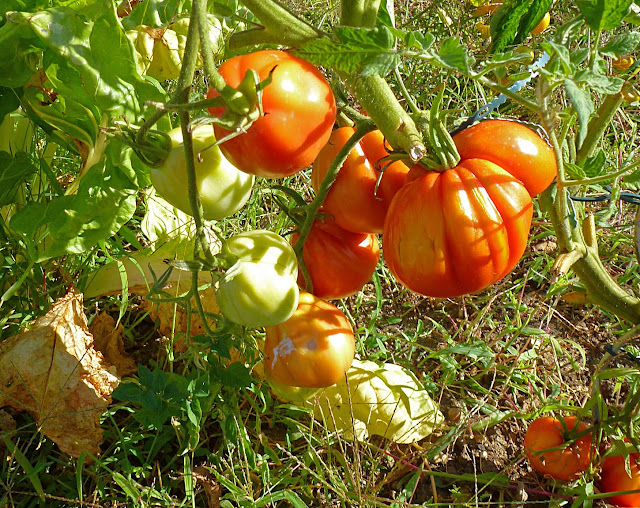 The tomato closest to the camera lens in this photo is sunburned. You can see that on its west-facing side it has turned yellow and become slightly shriveled. That's damage caused by the hot afternoon sun. 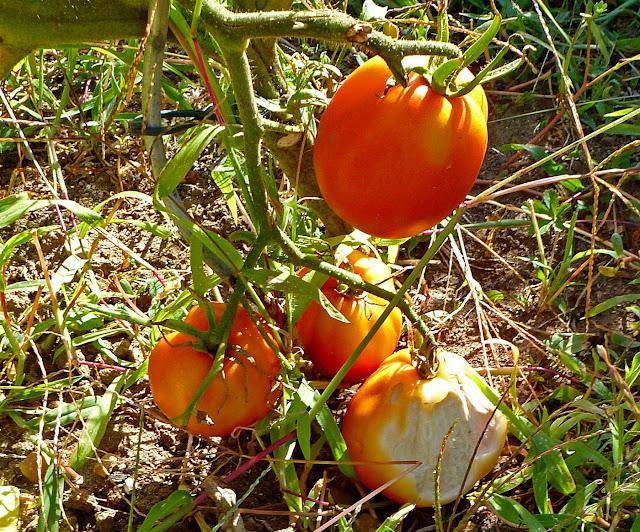 And look at the tomato sitting on the ground in this photo. It shows even worse signs of sun damage. I remember seeing tomatoes burned by the sun this way back in the great canicule of 2003. That was a year before we planted our first vegetable garden here in Saint-Aignan. 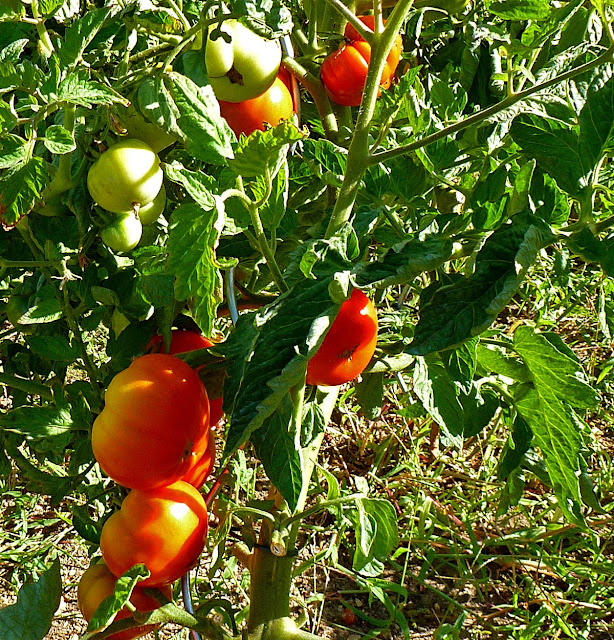 I'm not sure if the yellow tops on these red tomatoes are a result of sun damage or just a feature of this particular variety. The fact that the tops of the tomatoes are facing west makes me think it's sun damage. 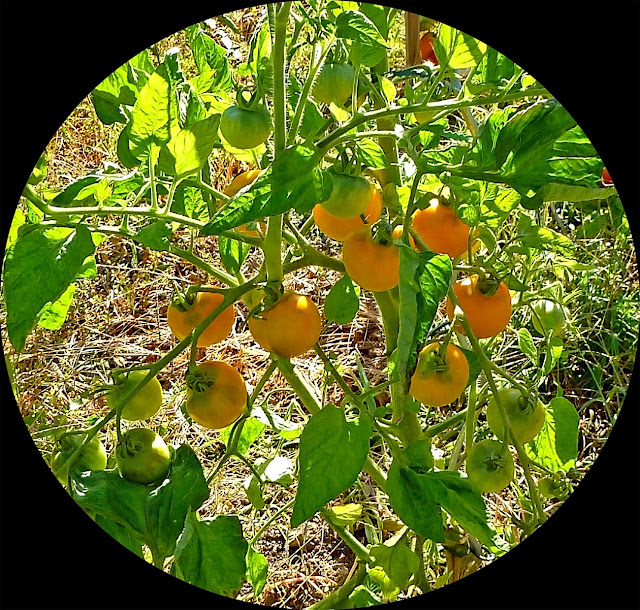 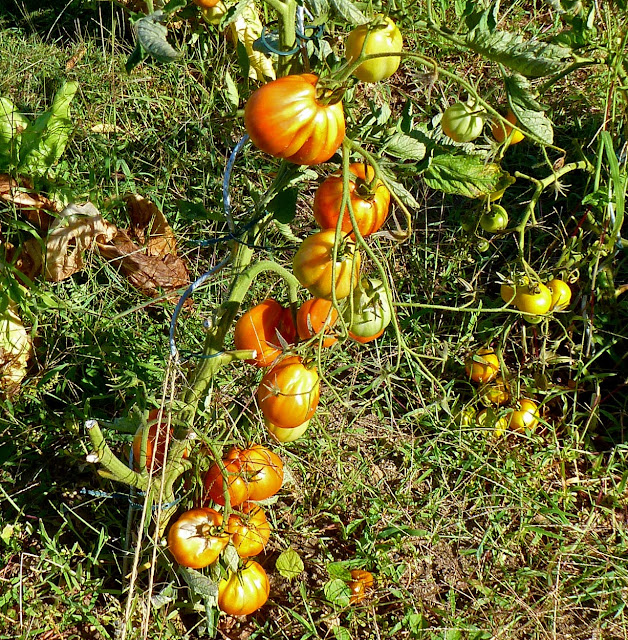 Our heat wave, with highs in the mid- to upper 90s in ºF, lasted only a week, but the weather has been hot and sunny all summer. Temperatures have cooled down now, but the sun still beats down out of a crystal clear sky for most of the day. Rain is predicted for tonight and tomorrow.
Posted by Ken Broadhurst at 06:00