Potato salad is something we Americans almost all grew up eating. I guess it's a kind of "comfort food" — something you eat because you like it, of course, but also because it makes you feel better about life. It brings memories of good times. Your mother made it for you. It tastes like home and family. 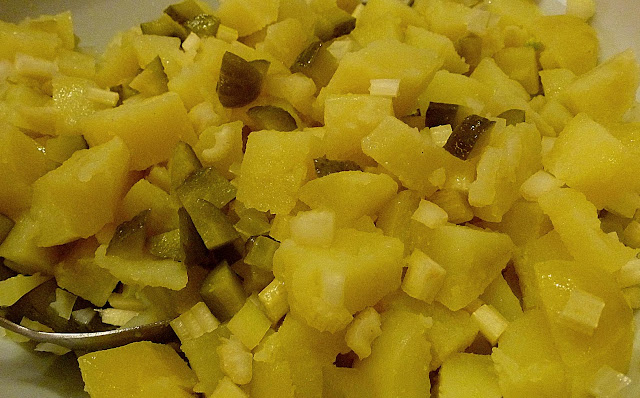 Potatoes are so good in France that it would be a shame not to turn them into potato salad. When you buy them at the supermarket, how the particular variety of pommes de terre you are buying are best cooked is marked on the bag. Potatoes for frites. Potatoes for sautéing. Potatoes for purée. Potatoes for steaming. Potatoes for salads. The ones I used yesterday are a variety called Gourmandine. There are dozens of varieties — hundreds, even. 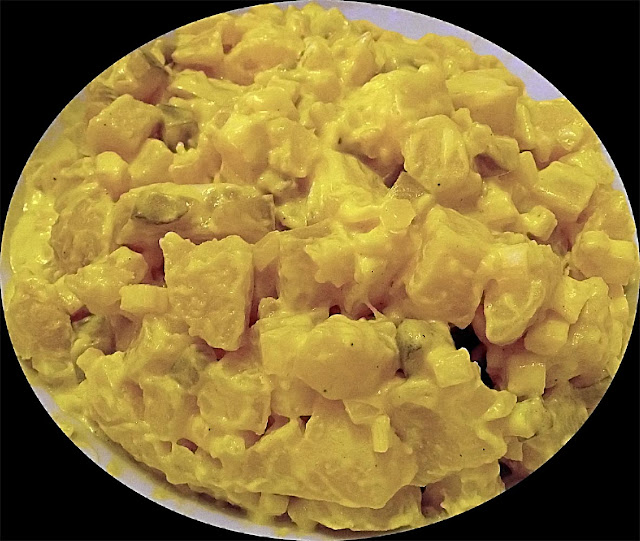 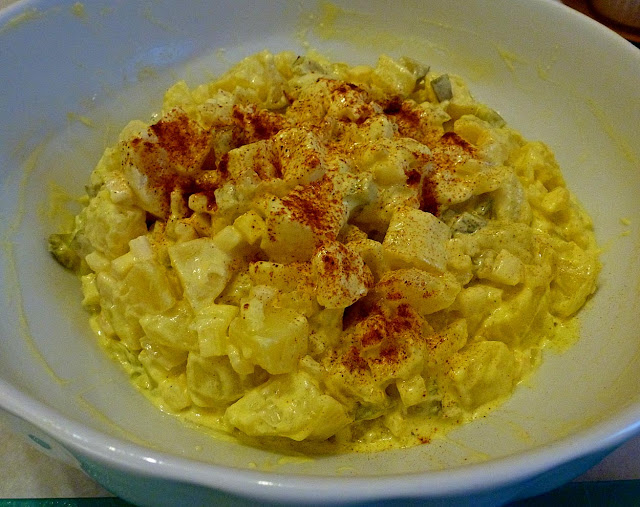 Meanwhile, dice up some fresh, raw celery (céleri-branches), and some French cornichons or other pickles — I used cucumber pickles that we made one year and put up in vinegar in sealed jars to keep in the cellar. Chop up an onion or two. For digestibility, I believe in slightly cooking the chopped onion before putting it into the salad. Just cook it at low temperature for a few minutes in a non-stick pan with a little bit of vegetable oil. It doesn't need to brown, but just soften and become translucent. Other ingredients you can put in potato salad include capers, chopped olives, or bacon (in France, lardons fumés). 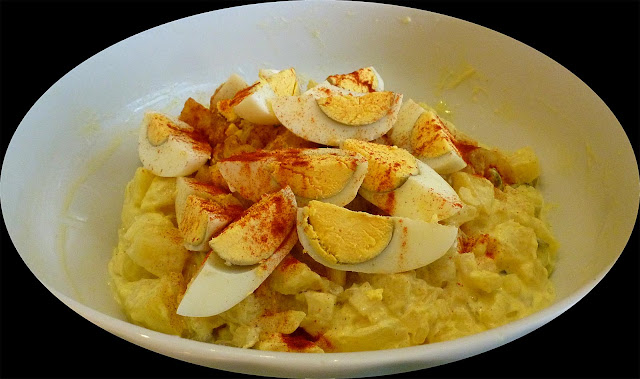 Mix together all the dry ingredients for the salad. Make a dressing using a combination of plain yogurt, sour cream (crème fraîche is especially good), and small amounts of mayonnaise, mustard, and vinegar (or pickle juice). For two pounds of diced potatoes, you need 250 to 350 ml of dressing. One thing that makes the salad good is to put just a little bit of vinegar or pickle juice on the potatoes while they are still warm. That gives them extra flavor. 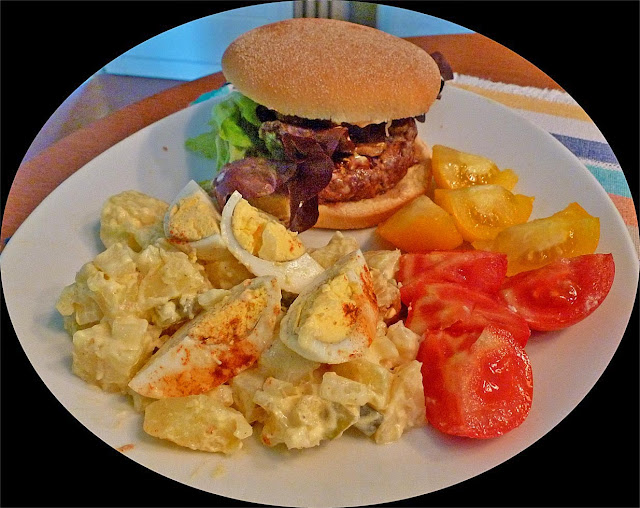 Pour the dressing over the potatoes and other ingredients. Stir gently. Slice two or three hard-boiled eggs or cut them into wedges and put them on top of the salad. Sprinkle on some herbs or some sweet or smoked paprika as decoration. We ate our potato salad with a mushroom cheeseburger that Walt cooked on the barbecue grill.