March 2017 came in like a lion. Over the first seven days of the month, we got nearly 50 mm (two inches) of rain. That's a month's worth. Now, validating the old proverb, March is going out like a lamb. We haven't had the first drop of rain over the past seven days. The temperature was above 70ºF yesterday afternoon, and this morning it's still nearly 60ºF. 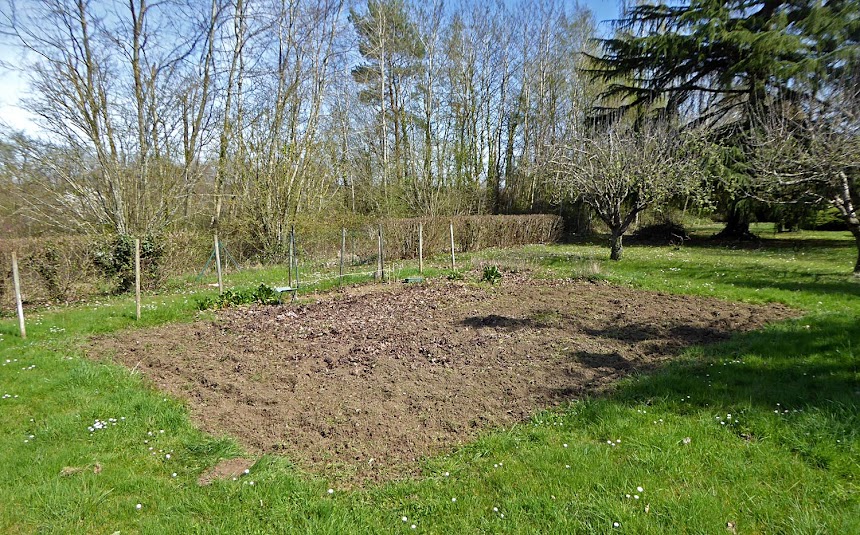 Tilling 'til the cows come home. That's how I feel about the process I started yesterday. I'll be tilling for another two months (but not every day of course). I was worried, actually, that my recent spell of back pain was going to make it hard for me to handle the heavy, hard-to-maneuver rototiller this year. That turned out not to be the case. 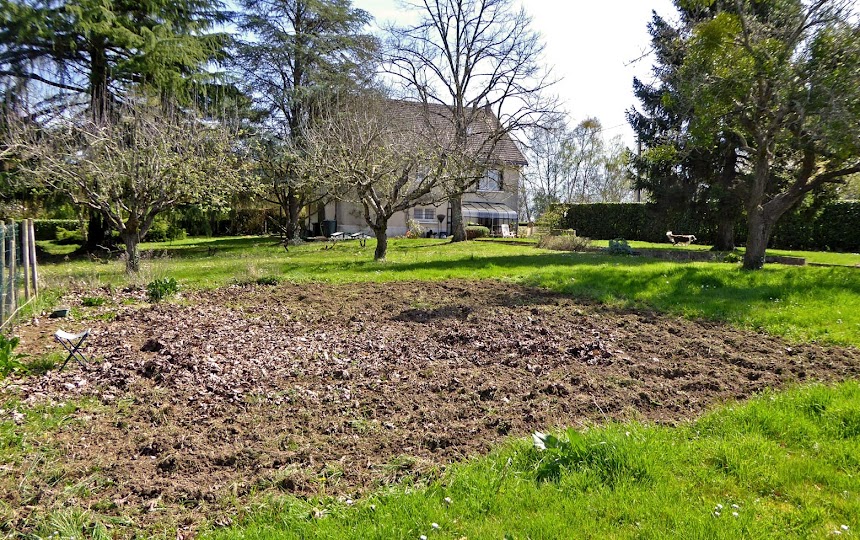 Yesterday it didn't take me long to do a first pass on our vegetable garden plot, which we enlarged last year. This was the désherbage pass. I wasn't tilling deeply. I just wanted to uproot the weeds that had started taking over the plot so that they wouldn't have a chance to put down deeper roots. Last year, I didn't start tilling until about the 10th of April. I know because I wrote about it on this blog last spring. 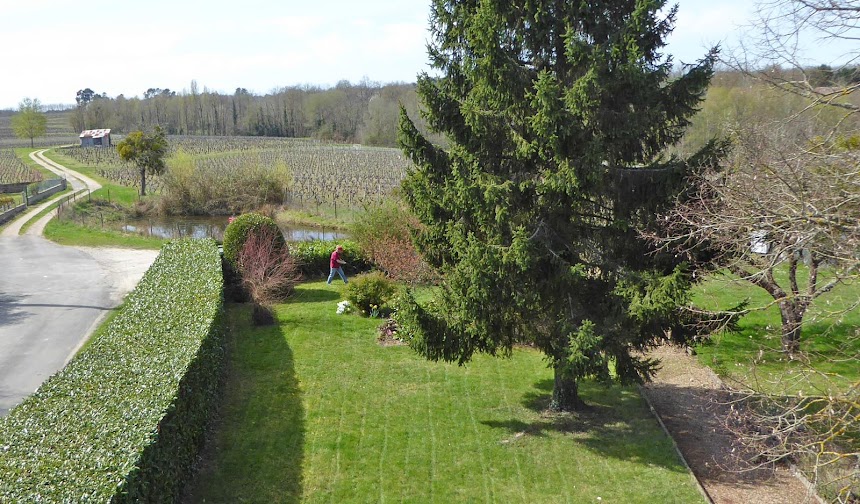 Meanwhile, in the afternoon, Walt was out mowing. Mow 'til there ain't no mo'... tall grass, that is. Still, it's very early. Walt said, that last year, he mowed the yard for the first time on April 13. This year, he has mowed part of it twice already. That's him in the red shirt. I took the photo from an attic window.
Posted by Ken Broadhurst at 07:00