I don't know why, but the name Tetrazzini just came to me the other day. What is chicken tetrazzini, exactly, I thought. So I looked it up. My motivation was that we had about half of an oven-roasted capon in the refrigerator, and we had already eaten some it twice with stuffing and vegetables. We needed a new idea. 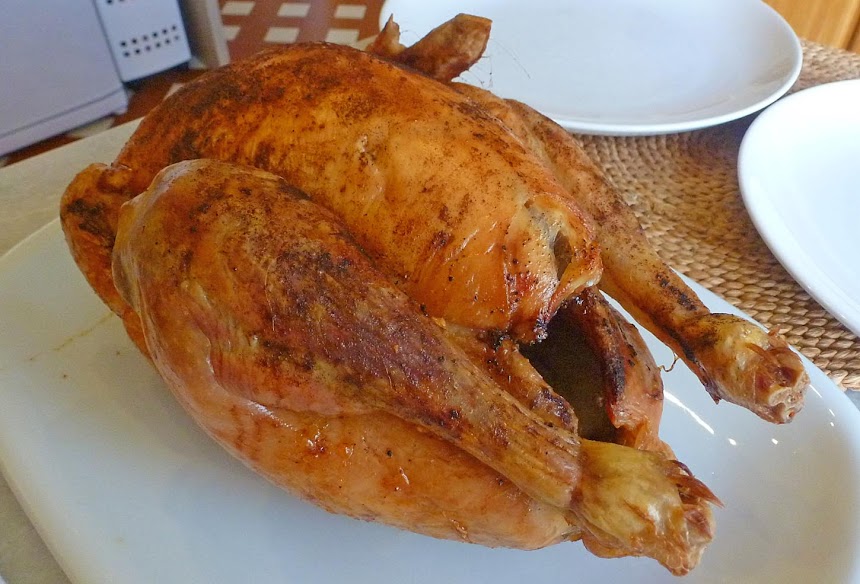 A capon is just a fattened chicken — a rooster, actually. I had roasted it very simply, seasoned with just some salt, pepper, smoked paprika, cayenne pepper, and bay leaves. It weighed 2,65 kilos, or nearly 6 lbs., so we would be eating it for a while. 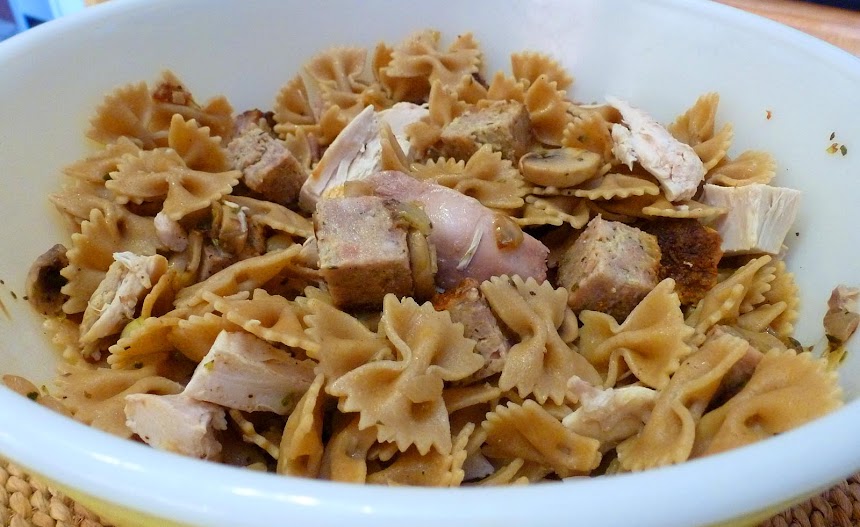 I didn't find tetrazzini in any of my French cookbooks. Not even in the Larousse Gastronomique, which is pretty comprehensive. I did find recipes in French on the internet (on y trouve tout... et n'importe quoi) and of course a lot of recipes in English too. 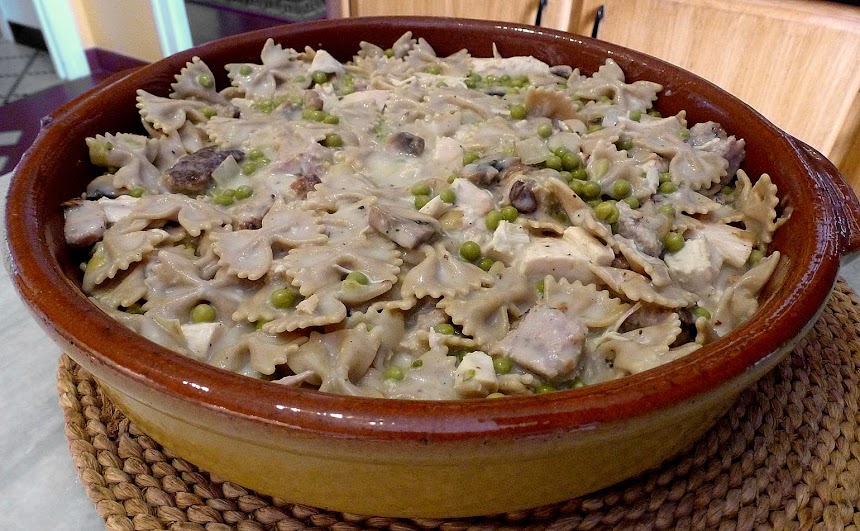 On Wikipedia, I read that the idea or recipe for chicken tetrazzini has been attributed an Italian coloratura soprano named Luisa Tetrazzini, who was a star in the early 1900s. The dish appears to have originated back then in the kitchens of the Sheraton Palace hotel in San Francisco. Or maybe at the Waldorf Astoria in New York. Nobody quite remembers.


Wherever it was first concocted, it was a way to use up the leftovers from a holiday roasted turkey or chicken. It's a cream sauce with onions, mushrooms, smoked pork bacon or lardons, and chunks of cooked chicken in it. It's flavored with a little sherry or white wine, and served over pasta. Or baked into a casserole, topped with melted cheese. Some green garden peas are an optional addition. Walt and I both enjoyed eating it. Here's a recipe translated and adapted from a French web page. 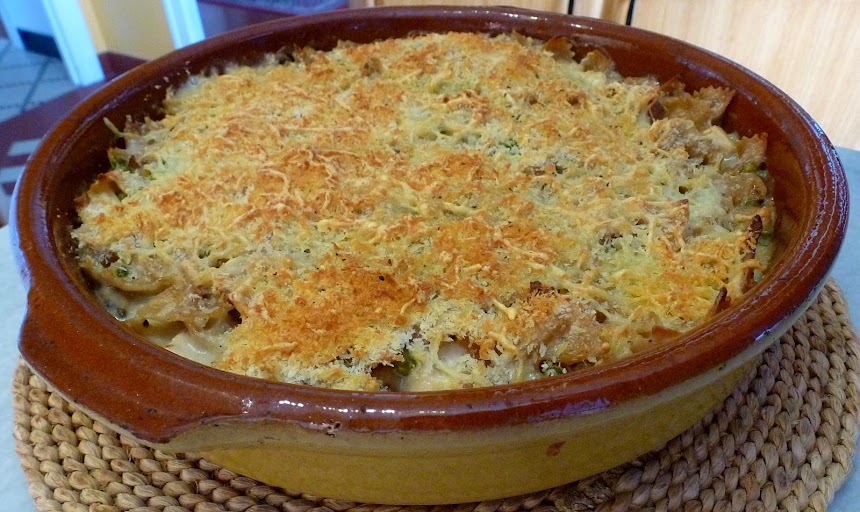 Cook the pasta in boiling water or chicken broth according to package directions, keeping it fairly al dente. (We had whole wheat bow-tie or farfalle pasta.) Drain and set aside. If you're cooking the pasta in chicken broth, save it to use as the base for the cream sauce.

Separately, sauté the chopped onion with the (optional) bacon, ham, or lardons. (I used diced, cooked sausage stuffing.) Slice the mushrooms and add them to the sauteed onion. Add the flour to the pot and let it cook for 2 or 3 minutes.

Slowly stir in the chicken broth to make a thickened gravy. Add the cream, the wine, and the cooked pasta to the gravy and stir well. Then add the chicken, any herbs you like, the nutmeg, and the salt and pepper to taste.

Pour the mixture into a baking dish. Mix the grated cheese and bread crumbs together to make a topping for the gratin. (Drizzle with olive oil or melted butter if you want.)

Cook in a 350ºF / 180ºC oven for 30 to 40 minutes, or until golden brown and bubbling hot. Serve the tetrazzini at the table right out of the casserole dish. Sprinkle on more grated Parmesan cheese and fresh herbs as you want.

Here's another recipe published by Elise on her Simply Recipes site, which is always a good source.
Posted by Ken Broadhurst at 07:10