I grabbed these photos off the Loups de l'Isengard Shetland sheepdog breeder's web site when I found them yesterday. I think she has just posted them, and she has announced that these dogs' female puppy has officially been sold (to us). 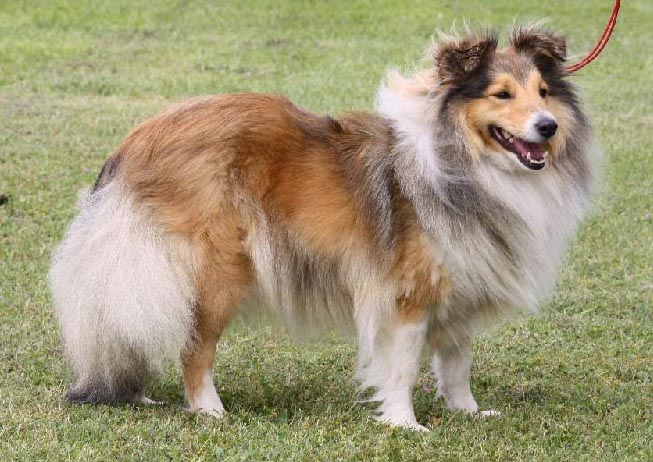 The mama dog's name is Ixelles, pronounced [eek-SEL]. That's a play on words, because XL meaning "extra-large" is pronounced the same way in French. 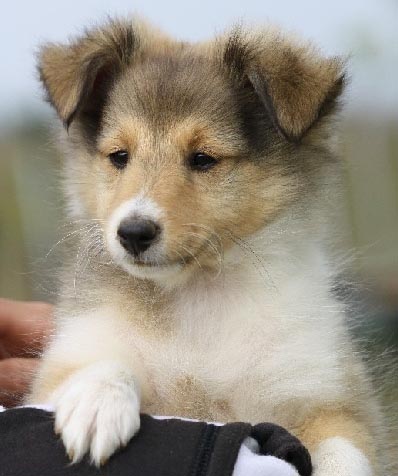 XL is also a little joke because the dog named Ixelles is anything but extra-large. Adult Shetland sheepdogs weigh between 20 and 30 lbs. Here she was as a puppy herself, about 3 years ago. Ixelles is also a town in the Brussels region of Belgium. 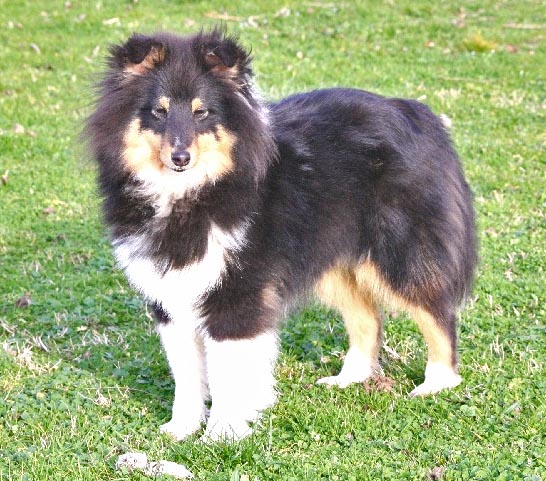 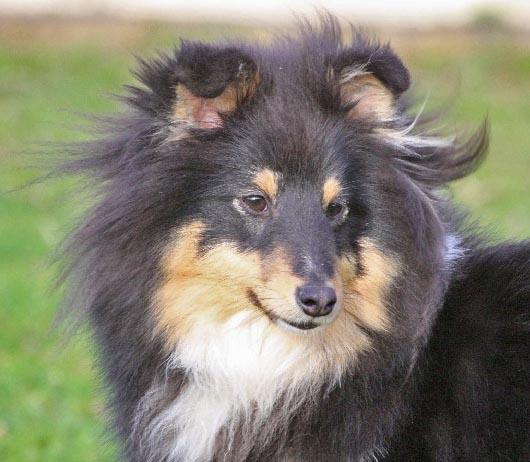 Ilhan and Ixelles are both about three years old now. Here's a close-up shot of Ilhan's face and head. Our as-yet unnamed puppy should look a lot like this, because she's also a tricolor Sheltie.


Coincidentally, our 10-year-old border collie named Callie was also born in the Allier département of central France, between the towns of Montluçon and Vichy. Her full name is Callie du Berger de la Vallée des Géants — Callie of the Shepherd of the Valley of the Giants. Her father was Vince des Vents de la Moisson — Vince of the Harvest Winds.
Posted by Ken Broadhurst at 07:28