The church at Azay-le-Rideau (5)

Here's one more stained-glass window that I saw and photographed in the Eglise Saint-Symphorien at Azay-le-Rideau last week. It is the work of an artist (vitrailliste) named Jacques Grüber (1870-1936). 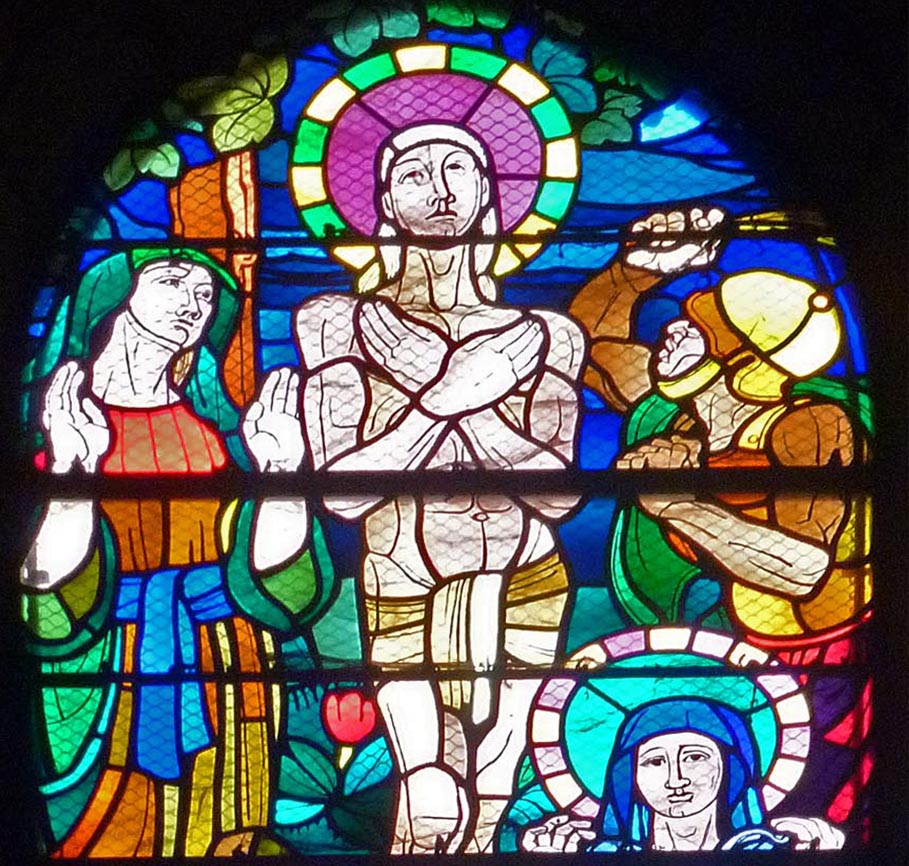 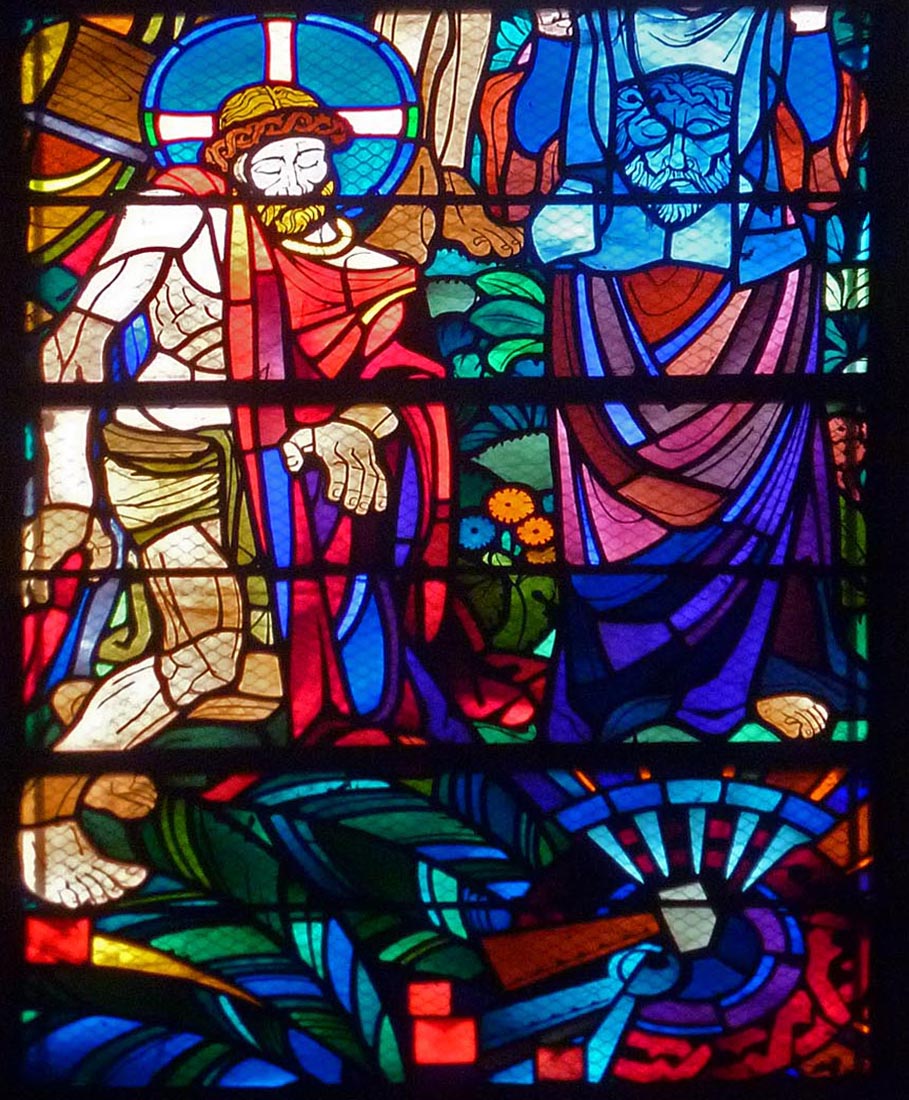 I found information about this window on a blog called Tourainissime, as well as on Wikipedia, which includes a list of Grüber's major works in Paris (Galeries Lafayette) and elsewhere in France (especially at Nancy in the Lorraine).
Posted by Ken Broadhurst at 07:00