We've cooked and eaten cauliflower twice recently. The supermarkets have had pretty heads of the vegetable in abundance and at very low prices. In France, a lot of cauliflower is grown in Brittany, Normandy, and up near the Belgian border. The weather in those areas has obviously been good for the crop. Nice round, unblemished heads of chou-fleur are selling for one euro right now. 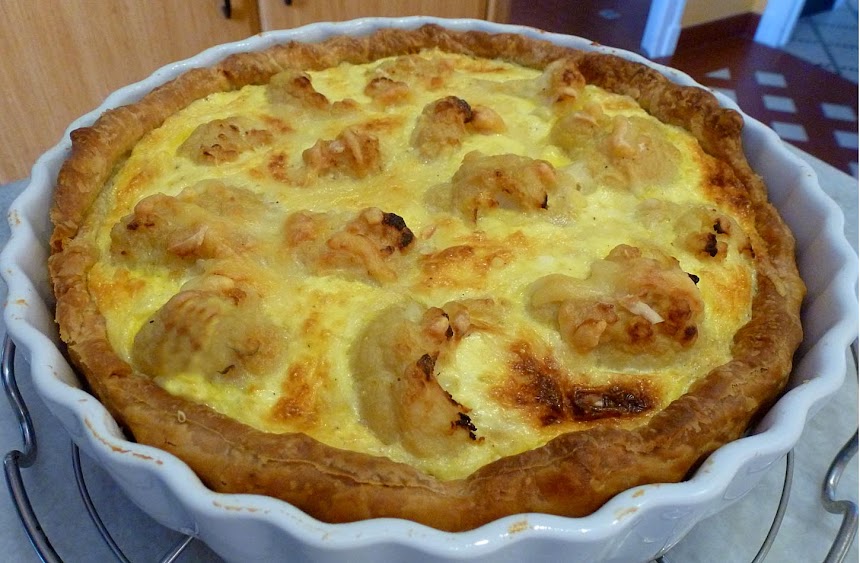 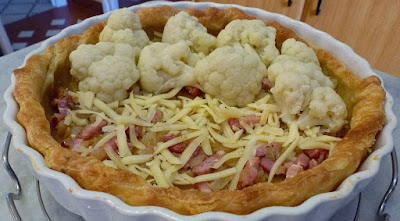 What I made yesterday is a tarte or quiche, as you like. Walt had some pie crust dough (pâte brisée) in the freezer that he thawed and rolled out to line a baking dish. He "blind-baked" the crust, which means he pre-cooked it with pie weights in it as I prepared the filling. 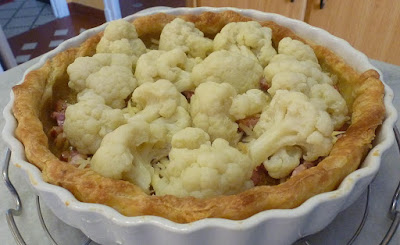 First I cut up and cooked the cauliflower in a steamer pot. I sauteed some chopped onion and smoked pork lardons in a frying pan. Then I let all that cool completely before putting it into the pie shell with some grated Emmental cheese and arranging the cooked cauliflower pieces on top.


The recipe is below. 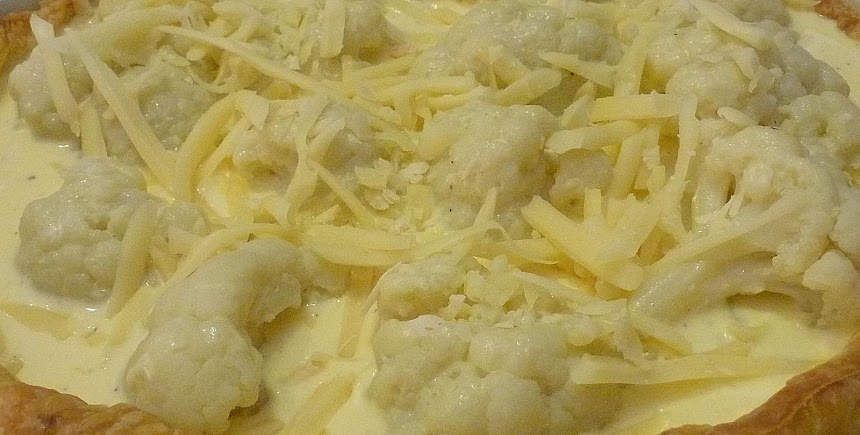 Line a baking dish with the pie crust and cook it for 15 to 20 minutes in the oven at 350ºF (180ºC). Chop the onion and bacon and sauté it in a frying pan until done. Let the crust and the onion mixture cool down to room temperature. Grate the cheese and set it aside.

Cut the cauliflower into florets and cook them in a steamer pot until they're tender. Let them cool down to room temperature.

Break three eggs into a bowl and beat them lightly. Add the milk or cream (or some of both) to the eggs and stir everything together. Season with nutmeg, salt, and black pepper. 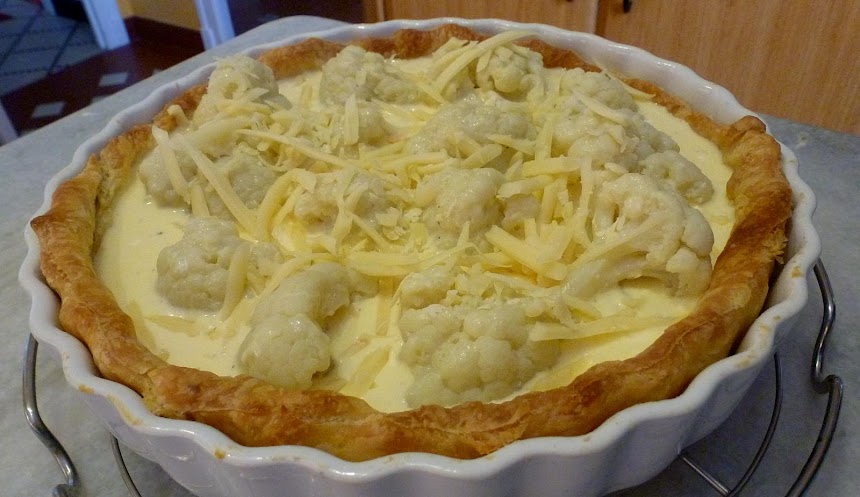 Pour in the egg and cream mixture. Bake the tart in the oven at 350ºF (180ºC) for 30 to 40 minutes or until golden brown. Let it cool slightly before cutting and serving it.
Posted by Ken Broadhurst at 07:45