I'm continuing my Carolina coast series of photos until my jet lag is gone — that should be on Friday, one week after my return to France. Besides, it's been rainy, so there haven't been a lot of photo ops here in Saint-Aignan over the past week. 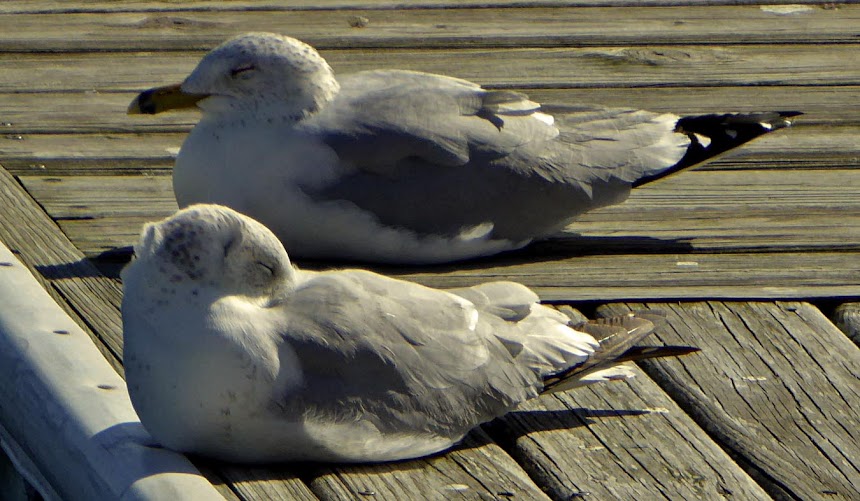 The shore birds we see most often in North Carolina are called laughing gulls. The ones above are sleeping on a dock, soaking up some winter sunshine. 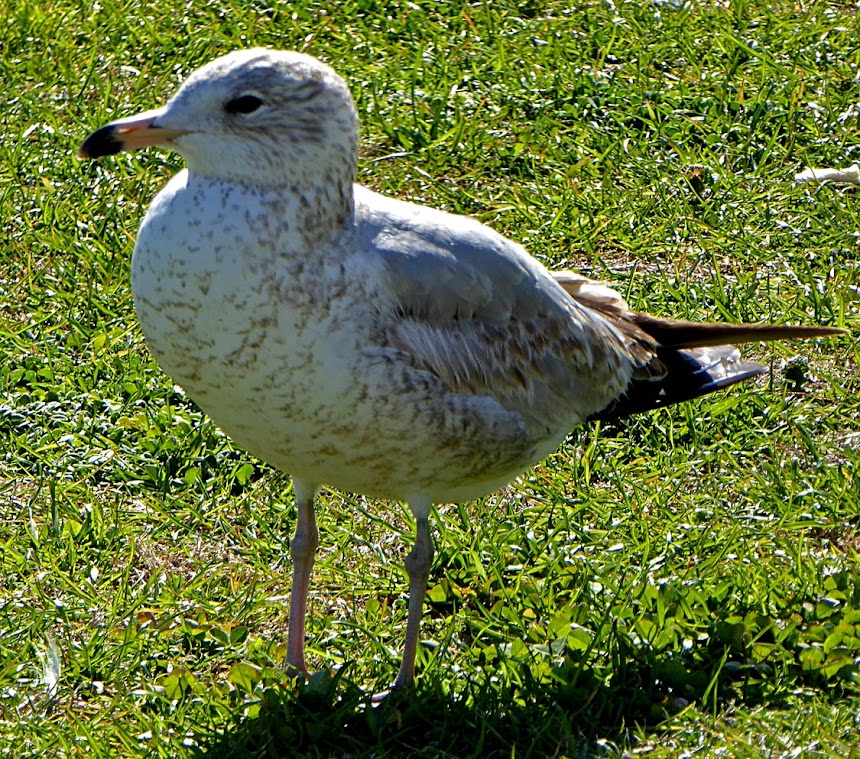 In summer, the laughing gull has a black head, but in winter the black fades or disappears completely. The one above appears to be a juvenile, judging from the dull color of its feathers. The adult gull's tail is black with white spots, and the wings and back are gray. The one below has a red eye socket and a yellow beak. 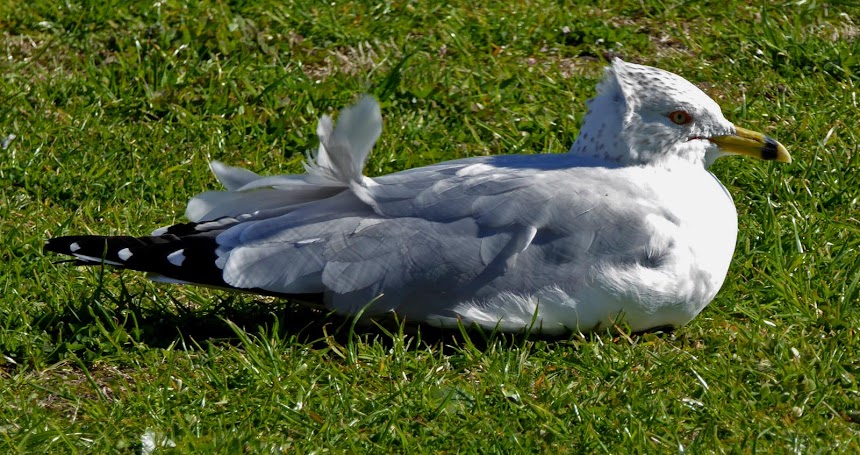 Laughing gulls are not tame, but they aren't afraid of people. They are beggars and thieves, so be careful if you are carrying food. Don't leave food unattended on a table if there are gulls around. They will steal it. The gull above is facing not into the wind, but tail toward it. 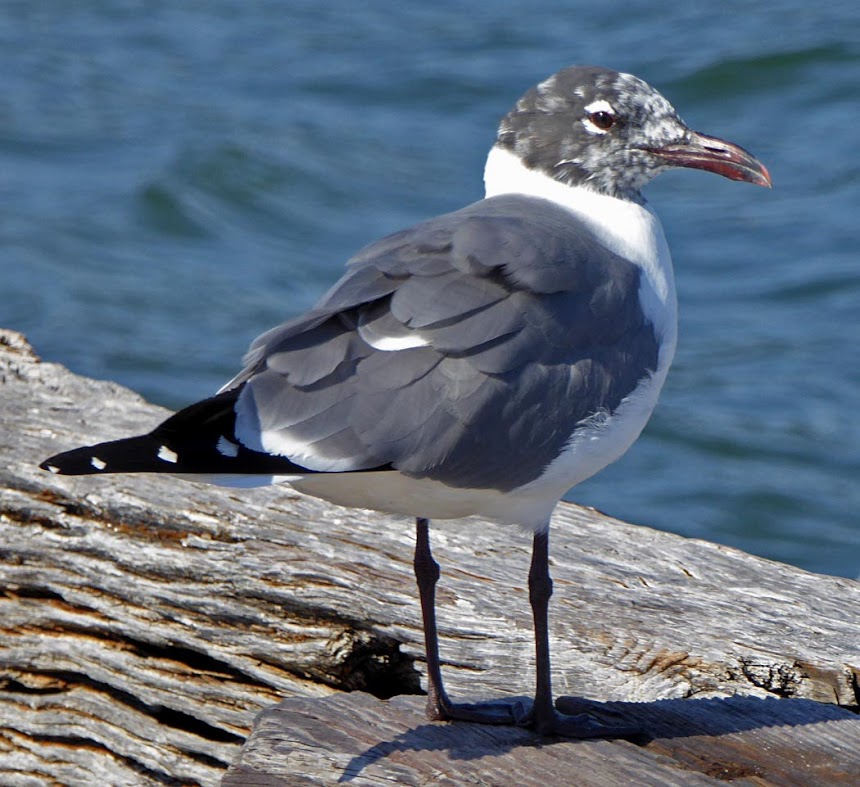 Laughing gulls range from Venezuela to Canada over the Caribbean islands, the U.S. Atlantic coast, and even southern California. Their shrill cry sounds like some kind of hysterical laugh — thus their name. The one above is a nice specimen, with a deep red beak. 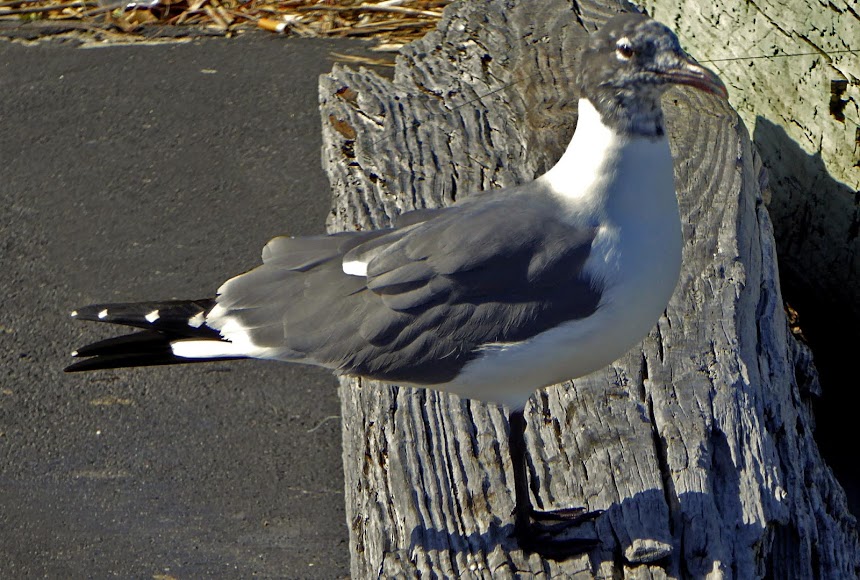 I read on Wikipedia that "vagrant" laughing gulls are sometimes seen over the U.K. In France, the American bird is called a mouette (gull) atricille (black-headed). The gull called the mouette rieuse (laughing) in Europe is a different species entirely.
Posted by Ken Broadhurst at 07:15