Three photos... such as they are

One of these photos is okay. It resembles the one Walt posted yesterday. I took all the photos. We were in the middle of major canine commotion, however, and most of the photos came out blurry. I wish I had set the camera on video to take a movie, but the thought didn't occur to me at the time. 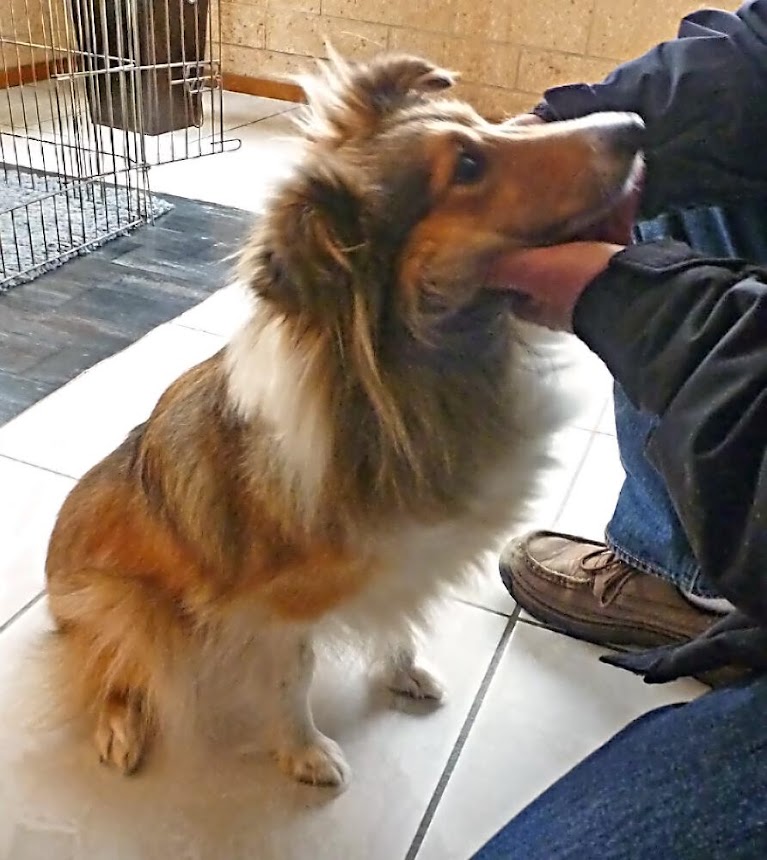 Here Walt was making friends with our as-yet-unnamed puppy's mama-dog. She was nervous about us being so close to her two pups, which were sleeping in the metal cage you can see in the photo. I wish I could remember this dog's name. She was nervous and protective about these strange humans wanting to get close to her pups, but she was far from aggressive about it, as you can see. 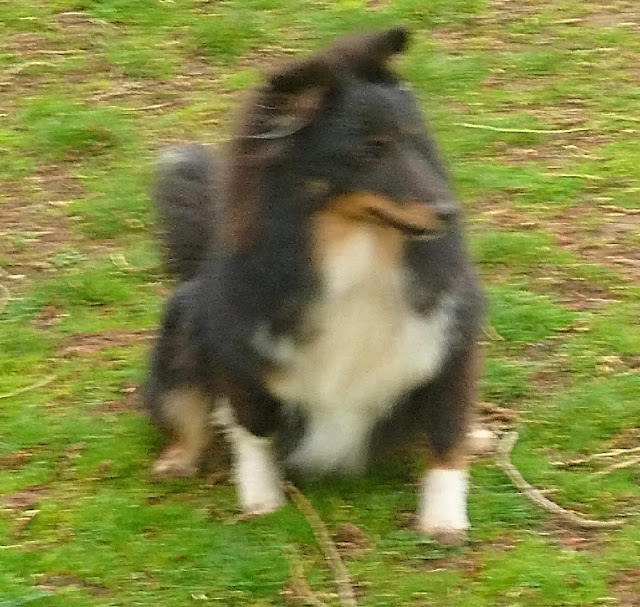 I tried to take photos of the puppy's daddy-dog, or "sire" — I wish we could remember his name. As you see, the photos came out really blurry. Anyway, he is a "tricolor" Sheltie like our puppy — black, white, and orange. I think the mother dog's coloring is what is called "sable." All the dogs, including 5 or 6 adults and about as many puppies (4 or 5 months old) were friendly and very energetic. I'm sure they were very excited to have visitors and get all the attention we showered on them.

Click or tap this link to the photo Walt posted yesterday to see the resemblance between father and daughter. 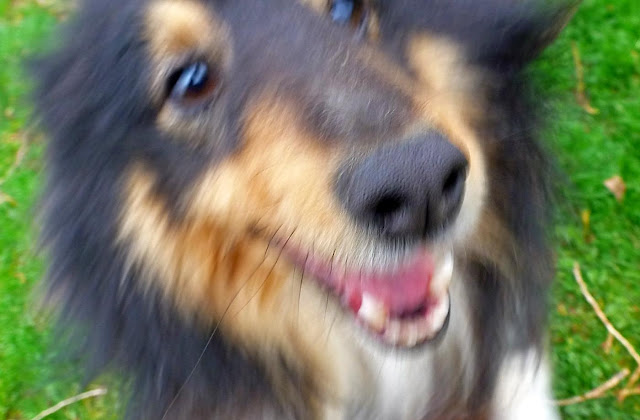 And I couldn't back off to take photos because the dogs just ran around us in circles the whole time. Something I once read said that as a blogger you should never post a technically deficient photo, but I do it anyway. My photos are not so much examples of photographic mastery as they are depictions of what I saw with my eyes when I was taking them. It helps if you squint... You can click or tap on the images to enlarge them.
Posted by Ken Broadhurst at 07:00