Thanks to all of you for your good thoughts and advice on the question of introducing a new puppy into the house with a senior dog (Callie is 10 now). I wrote about that prospect yesterday. Callie has always gotten along well with our friends' dogs. Here are a couple of photos of Callie as a puppy, taken when we first brought her home in 2007. 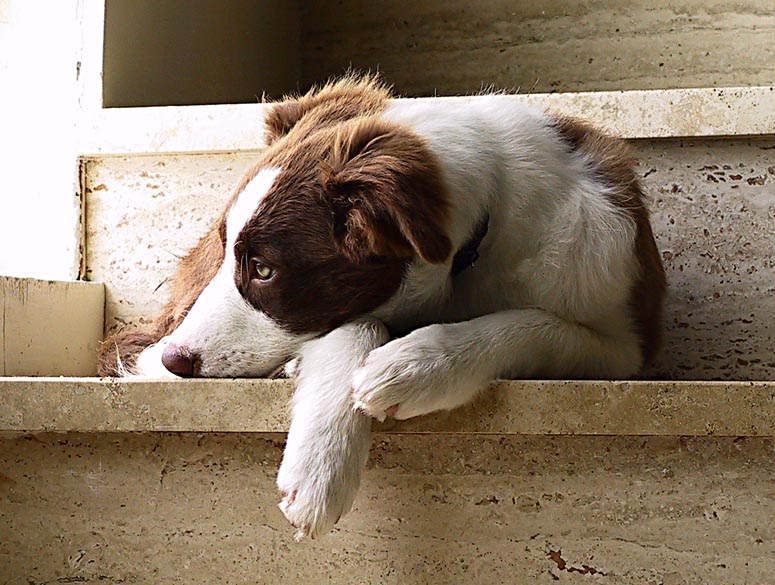 Callie is a border collie but she's not the hyperactive hellion that we were afraid she might be. She's also very submissive around other dogs, but she's always gotten a long with them. Labradors, standard poodles, Jack Russel terriers, big Bernese mountain dogs, Brittany spaniels... and so on. So we are optimistic that, even though she's not good with cats, she'll get along with a new puppy. 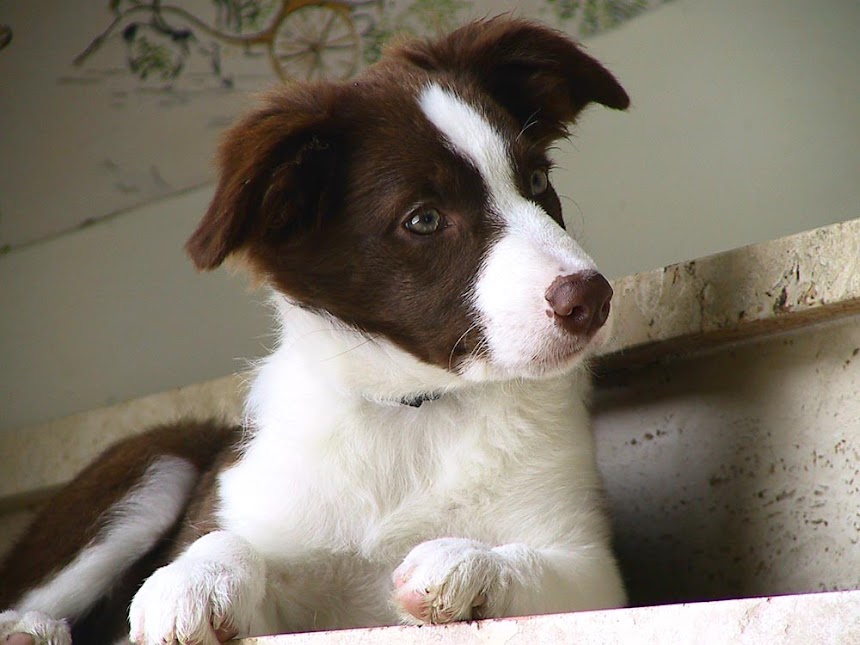 And I think we will too. I remember the travails of having a puppy chewing up just about everything in the house. We brought Callie home in early May 10 years ago, thinking we would be able to spend the four or five summer months basically outside with her, so as to minimize the damage. Wouldn't you know that turned out to be the rainiest summer we've had since we moved here, so we were mostly confined to quarters. The bottom rungs of our dining room chairs still bear the scars of Callie's tiny, sharp puppy teeth.
Posted by Ken Broadhurst at 07:30