I do have photos I took at the Sheltie breeder's place yesterday, but I can't decide whether to post them. See Walt's post today to get an idea of what we saw. And yes, we did decide to get one of the puppies. More later... 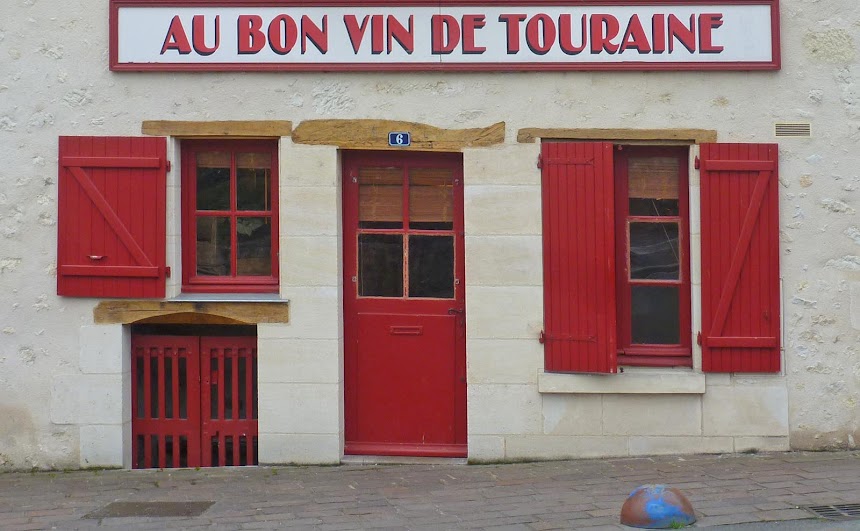 We arrived early over in the Chinon area, so we stopped in Azay-le-Rideau and took a good walk around the town. There's a famous château there, but we didn't have time to go see it (we've seen it before) and, besides, serious restoration work is going on there right now. We'll go see it when the work is finished, I'm sure.

Saint-Aignan is on the eastern edge of the old province called La Touraine, and Azay-le-Rideau and Chinon are on the western edge. It's an hour or even a two-hour drive from here to there, depending on whether you take the scenic route or the autoroute. We don't often go on long drives nowadays.

Azay-le-Rideau is a pretty town, and yesterday there were no throngs of tourists to spoil the views. I can't even remember the last time I was over there. Check back here tomorrow for some photos and maybe another photo or two of the dogs we enjoyed seeing yesterday.
Posted by Ken Broadhurst at 07:50