The church at Azay-le-Rideau (3)

Below is a photo of the older part of the façade of the Eglise Saint-Symphorien. This gable dates back to the 11th and 12th centuries, and includes the statues and niches that are said to have been re-used when the original church on the site, built 500 years earlier, was replaced. 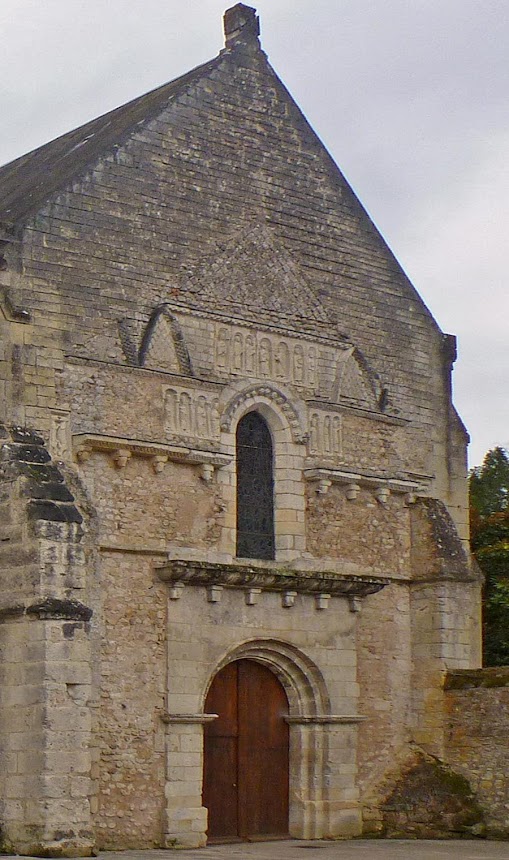 The top row of seven figures represents Christ in the center, with a characteristic halo bearing a cross. The three figures on the right must be saints or apostles, because they have halos too. The four figures on the left are described just as unidentified personnages — they have no halos.

Lower down, on either side of a window that was added to the building much later in history, there are seven more statues. The three in the photo below are depicted with halos. I didn't get a good close-up photo of the other four figures. Speculation is that five more statues, which would have brought the number in the lower row to 12, were removed when the window was opened up in the façade. 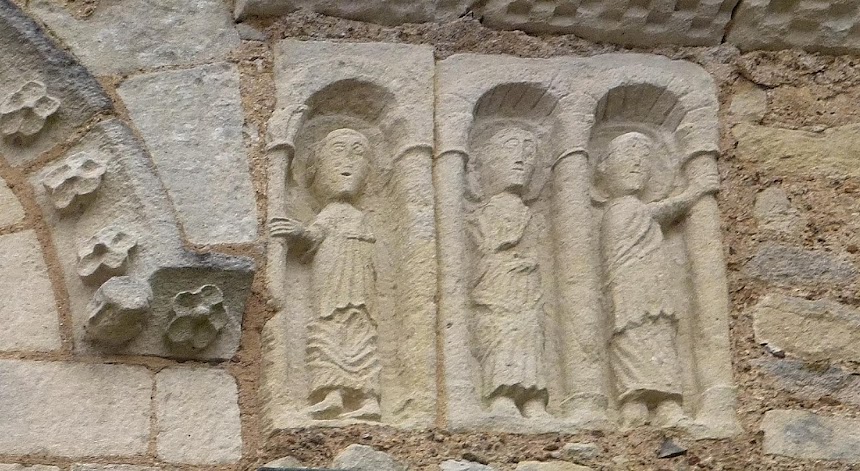 One document I read said it is not at all clear that the statues in the top row and the ones in the bottom row were carved at the same time or by the same artists. Since there are no images of the older 5th/6th century church, nobody really knows where the statues were originally placed or what they represented.
Posted by Ken Broadhurst at 07:00