It wasn't even two weeks ago that I harvested a big crop of Tuscan "dinosaur" kale that had over-wintered in the garden. Yesterday I was at it again, but the harvest was red Russian kale this time. I don't think I'll need to grow any kale in this year's garden. 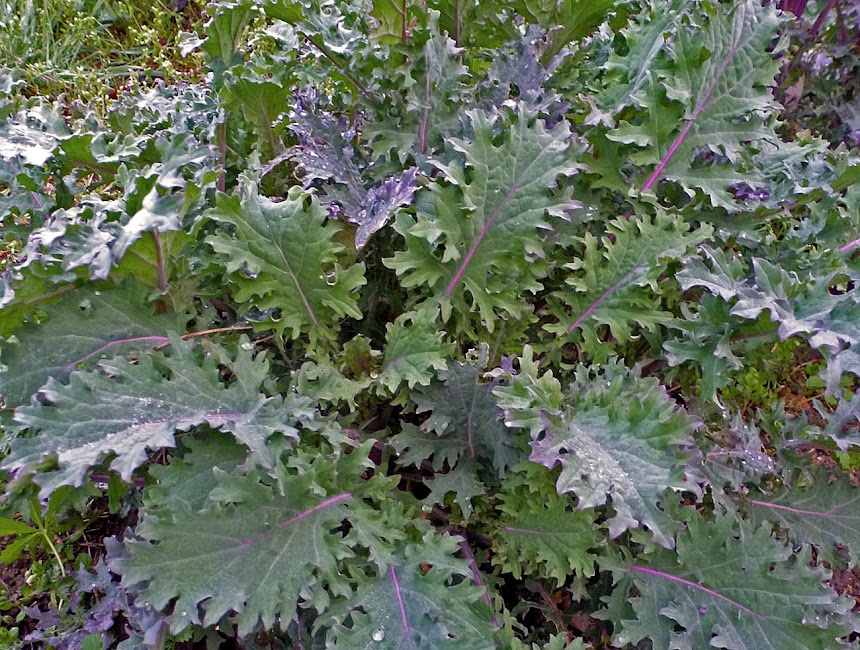 
The two kale varieties are pretty different from each other. Red Russian is more like spinach or chard. The leaves are fairly tender, but with a little bit of croquant or "crunch" to them. In a way, they remind me of mustard greens, but with a milder flavor. Tuscan kale has dark green leaves that cook up more like collard greens, "meaty" and flavorful. 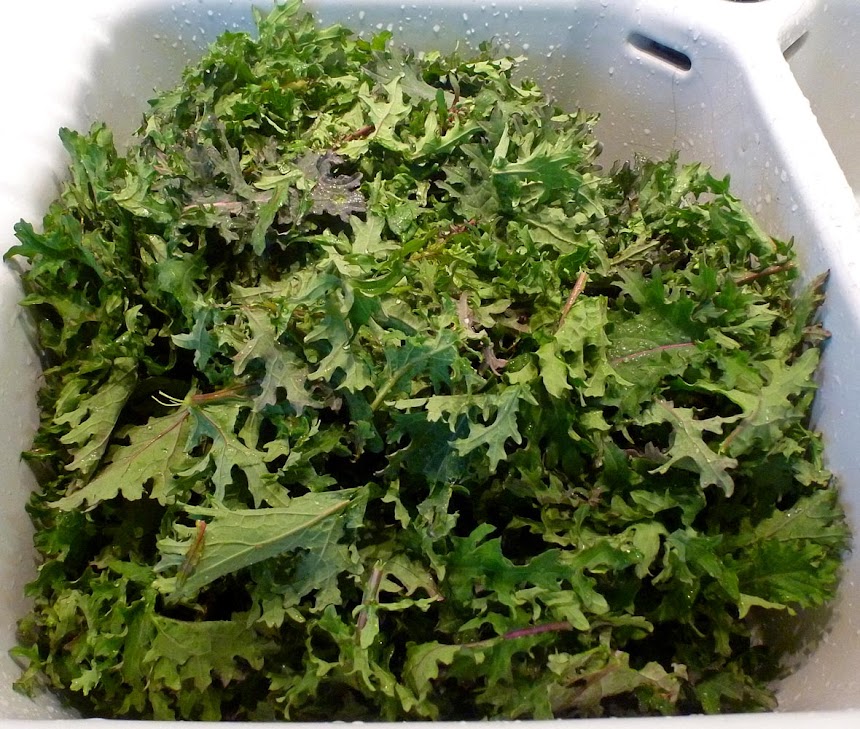 ...in the kitchen sink, washed and drying...


There must have been eight red Russian kale plants out in the garden, where they too had over-wintered. After the recent rains, they were beautiful and hadn't yet been attacked by bugs and slugs. I cut them off at ground level and brought them in. Each plant was made up of three, four, or even six thick stalks covered in leaves. 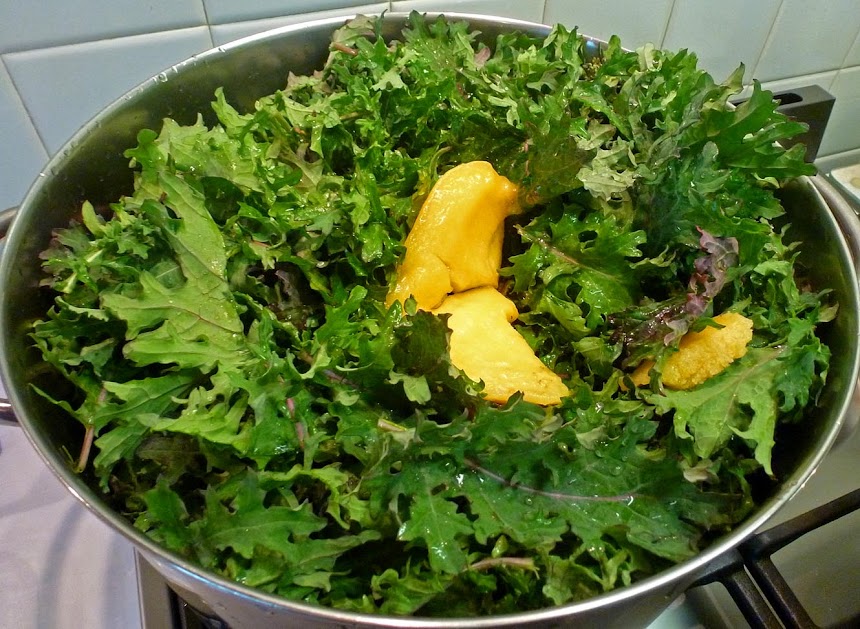 
I didn't take very long to strip the leaves off the stalks and then strip the tender greens off the leaf ribs. When I had finished, using no tools but my hands, I had two kilos of pretty leaves — more than 4 lbs. That was enough to fill an 11.5 liter pot twice, with the leaves packed down tightly. 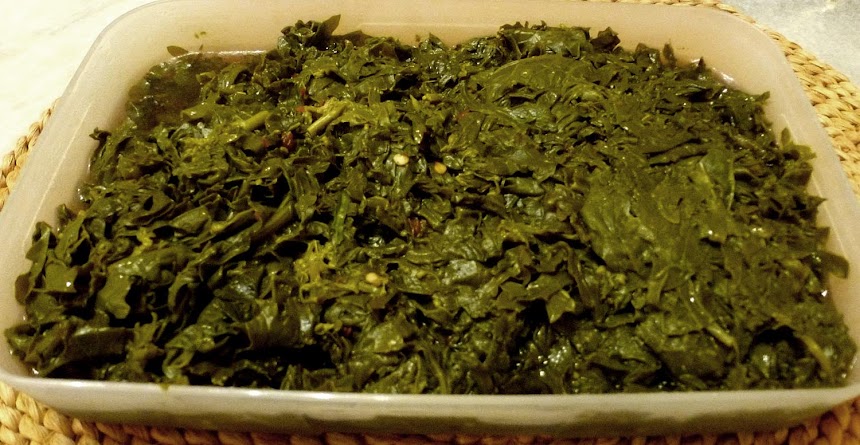 ...and in plastic containers for the freezer.


I seasoned the kale with fat and broth left over from roasting a capon a while back, some white wine, salt, pepper, a little bit of garlic powder, and just a small quantity of hot red pepper flakes. As the first batch cooked down and made room in the pot, I gradually added the rest and let those leaves cook down too. Cooked, the kale came in at between 2 and 3 liters... for the freezer and future meals. We'll be looking for more kale recipes and ideas, for sure.
Posted by Ken Broadhurst at 07:20