La Salamandre is an old-style French restaurant in Azay-le-Rideau. Authentic or not, it presents itself as such. On the menu, you'll find a lot of French country-cooking classics. Would you be tempted to have lunch or dinner there? 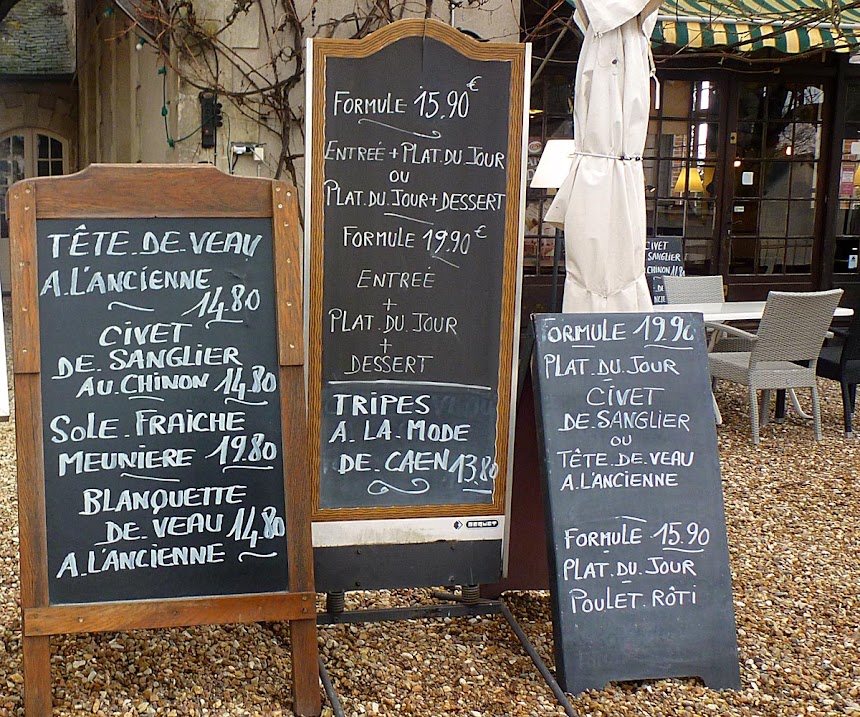 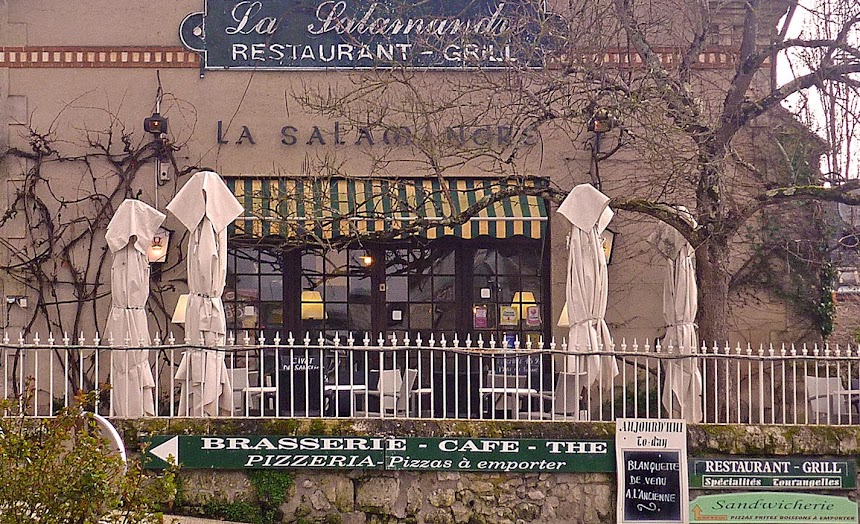 For the faint of heart or anybody on a diet, the daily special is roast chicken. For between 16 and 20 euros ($18 to $20 U.S.), you can have one of the main dishes with a first course, a dessert, or even both. The restaurant is called La Salamandre not because they serve dishes made with salamander meat but because the salamander was the symbol of the French Renaissance-era king François Ier, a beloved figure in France's Loire Valley.
Posted by Ken Broadhurst at 07:00