Thizy is a very small village located near the small town of Montréal in Burgundy. It has a château and a village church, and it has a big maison de retraite (retirement home) across the road from the château, which dates back to the 13th and 14th centuries. We made a stop at Thizy last October. 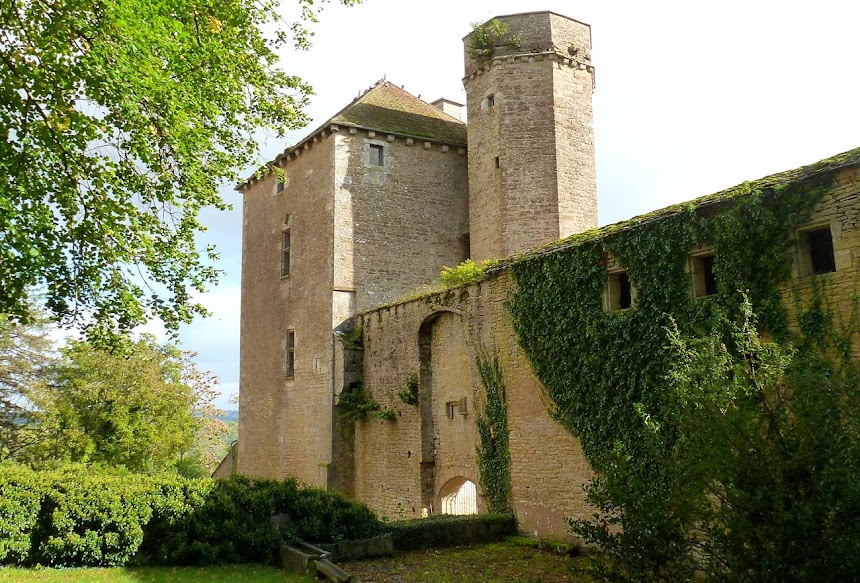 According to its Wikipedia page, the Château de Thizy is still lived in. In fact, it's been divided up into apartments and serves as a kind of condominium complex (une copropriété). The population of the village of Thizy is about 165. I wonder how many live in the château. 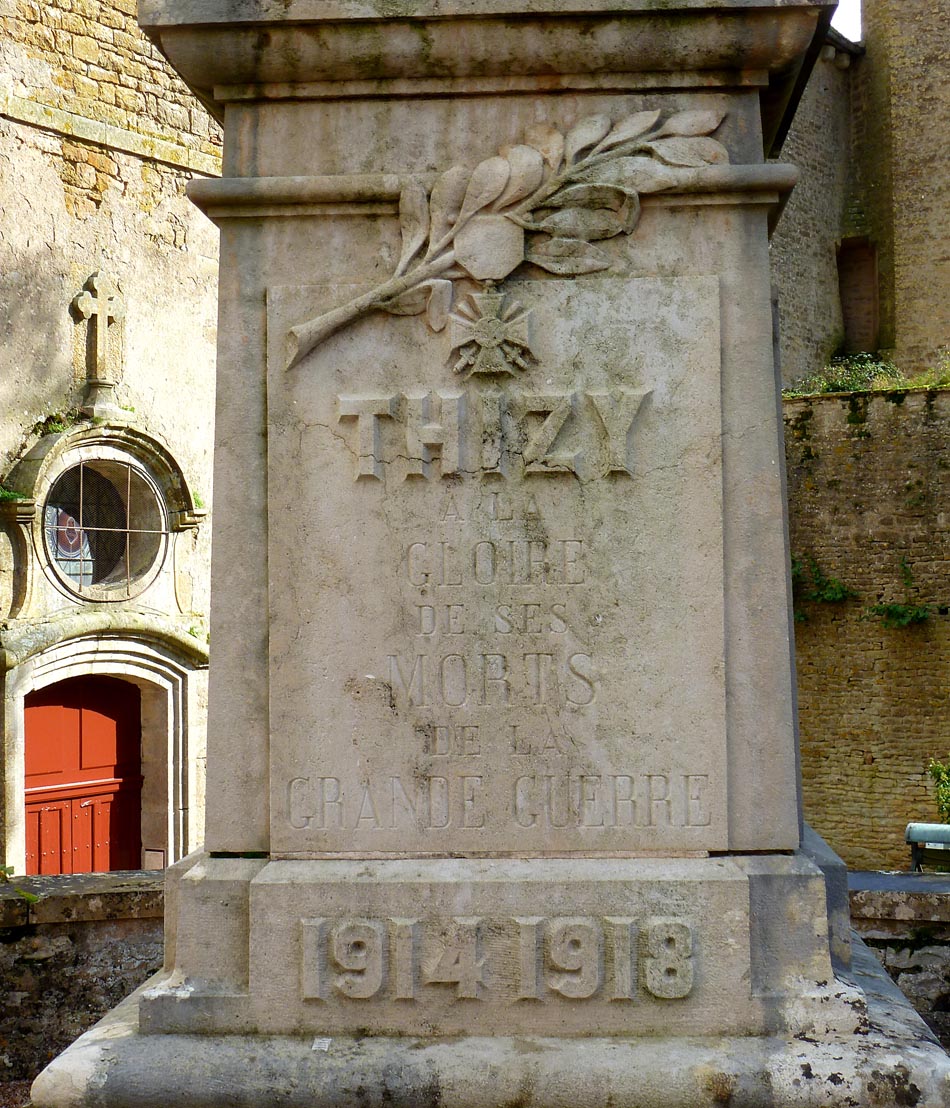 We just drove up into Thizy out of curiosity after the long walk we had taken with the dog in nearby Montréal. The château is of course not open to the public, since people live in it, and the village church was locked up tight.

Every French village and town has a memorial to the soldiers who died in the Great War of 1914-18. Ceremonies around the world are being held these days to mark the 100th anniversary of that war. In fact, I got a request from a group in the state of Washington in the U.S. to use one of my photos of the town of Saint-Aignan, because a veteran from the town there was stationed here during WWI. 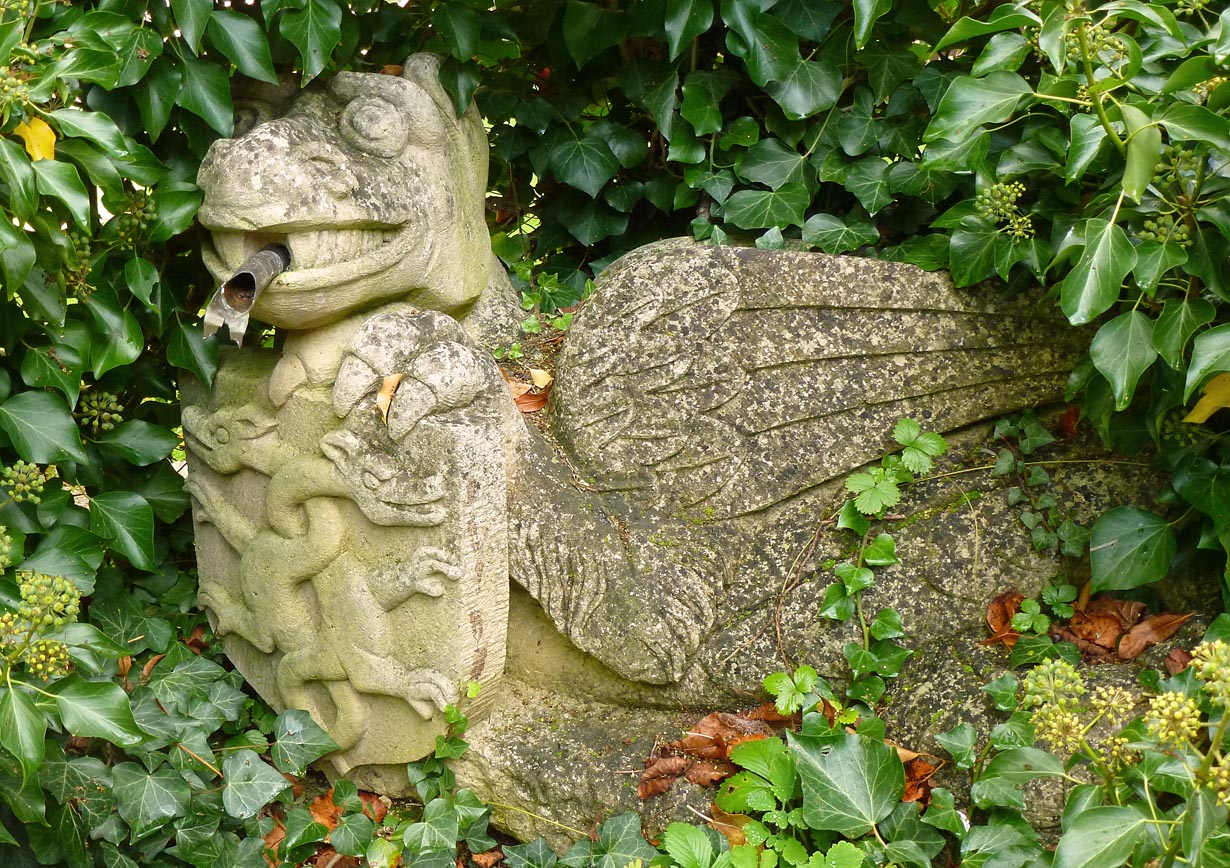 I enjoyed looking at the old stone carvings on the château's grounds, outside the main gate. I wonder if the one on the left is a gargoyle that has been taken down off the church or the château. It was on the ground 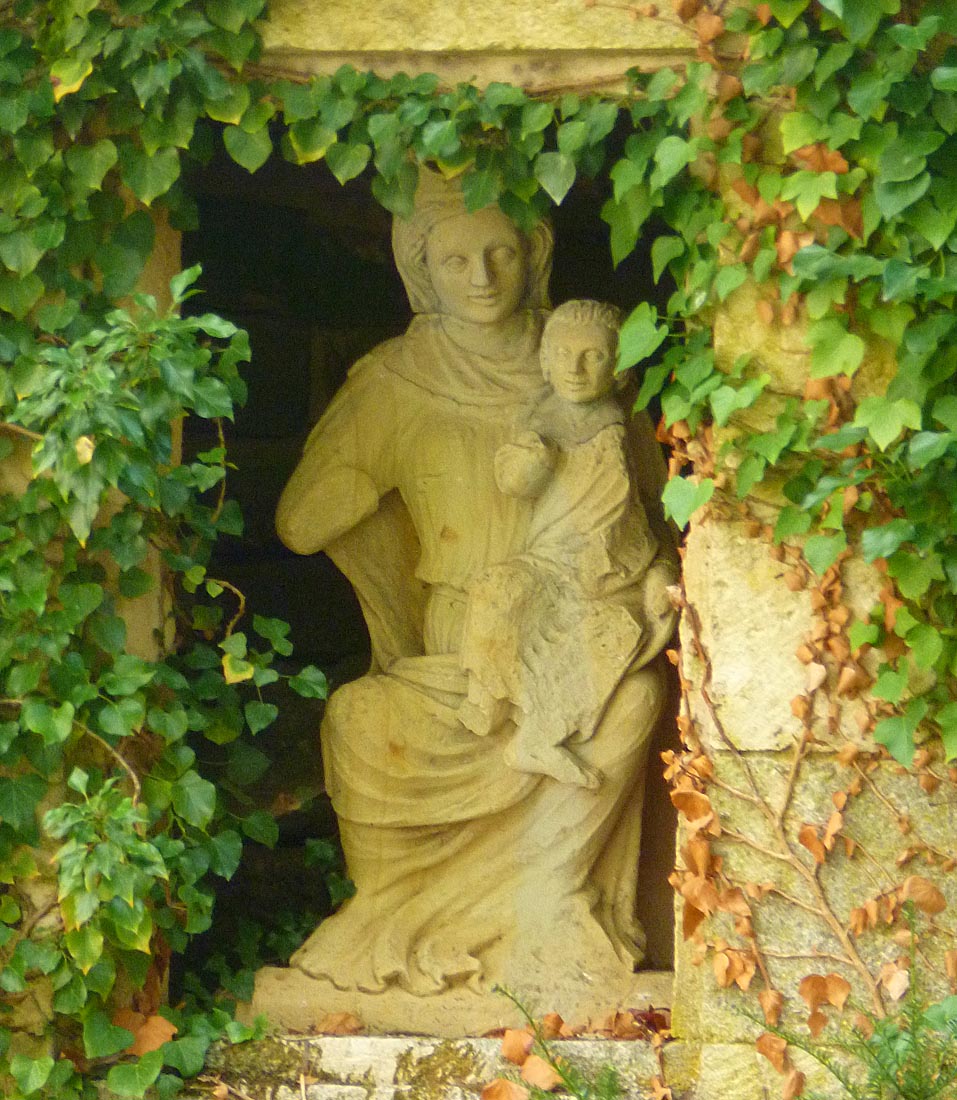 You might call the statue on the right "the green goddess." Of course it's a madonna and child. It was set in a niche in the wall of the château's fortifications.


There was a lot of activity at the retirement home across the street in Thizy, with a good amount of car traffic while we were there. Maybe the employees were getting off work at that hour, or a shift was changing.
Posted by Ken Broadhurst at 07:15