The village of Noyers in Burgundy is full of half-timbered houses, called « maisons à pans de bois » or « maisons à colombages » in French. The first name just refers to "pieces of wood" — that's what such a house is built with. The second expression, à colombages, is more complex linguistically. 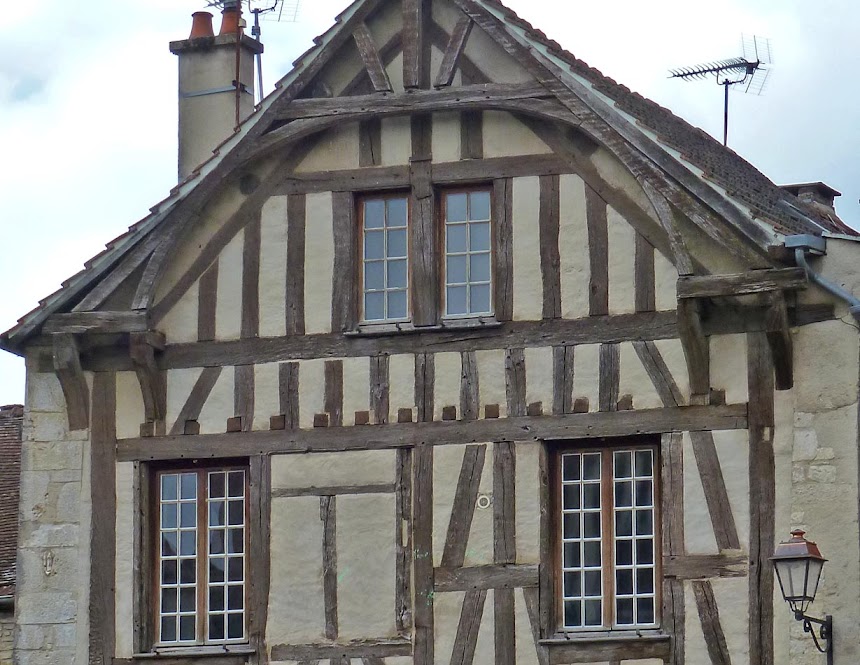 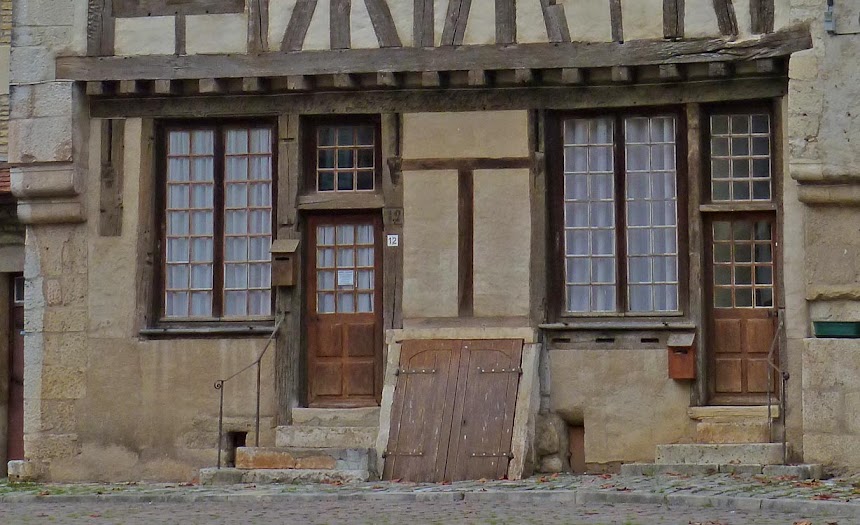 I've always wondered where the term « colombage » came from, but I had never looked it up. I just read that the word « colombe », which it's derived from, has nothing to do with the homonym word « colombe » that means "dove" in French. Colombe in this sense is an archaic rendering of the classical Latin word « columna », meaning "column." That's « colonne » in modern French. So the colombages are wooden "columns." 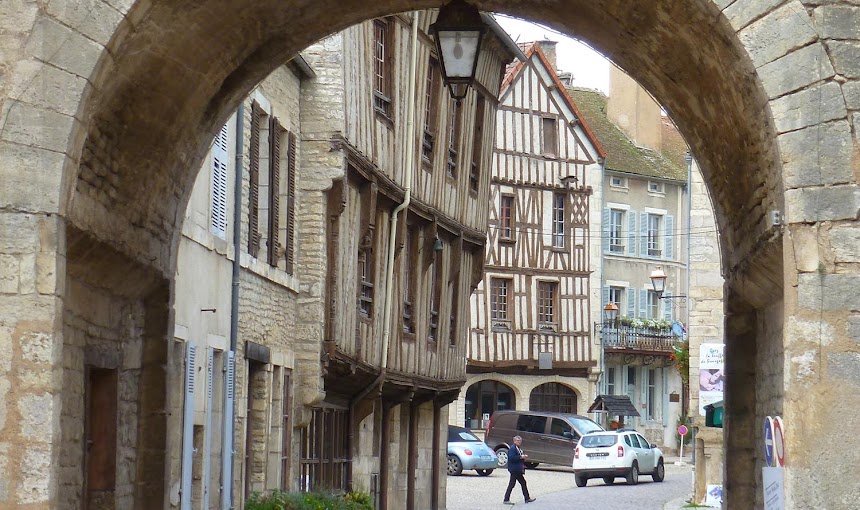 Okay, maybe that's too esoteric. Also esoteric are my struggles with the Blogger interface when it comes to posting large photos. If you look at the first photo(s) in this post, you'll see a black horizontal line separating the two halves of the large image of a Noyers house. I wish I could get rid of that line, but I can't. I want to post the photo at a very large size, but Blogger also imposes limits on image size. So the the best I can do is cut the image in half and post it as two images. It's interesting, because when I look at the photo in the Blogger authoring tool, that horizontal black line is not there...
Posted by Ken Broadhurst at 07:30