I went for my second drive in my new car yesterday. By the way, we need a new word in English. Or maybe I 'm just not thinking of a word that I should remember. In French, when I say « ma nouvelle voiture », I'm not conveying any information about whether I am the vehicle's first owner, or its second or third owner.


If the car is brand new and has never had a previous owner, then « c'est une voiture neuve ». A brand new car. Neuf and nouveau are only partial synonyms. My "new" car is not a "new" car. Oh well. It drives and looks like a voiture neuve. On my first drive in it, I was not enthusiastic. I hadn't yet got it all set up to my tastes and driving style. Yesterday's drive was a totally different experience. A fine one. 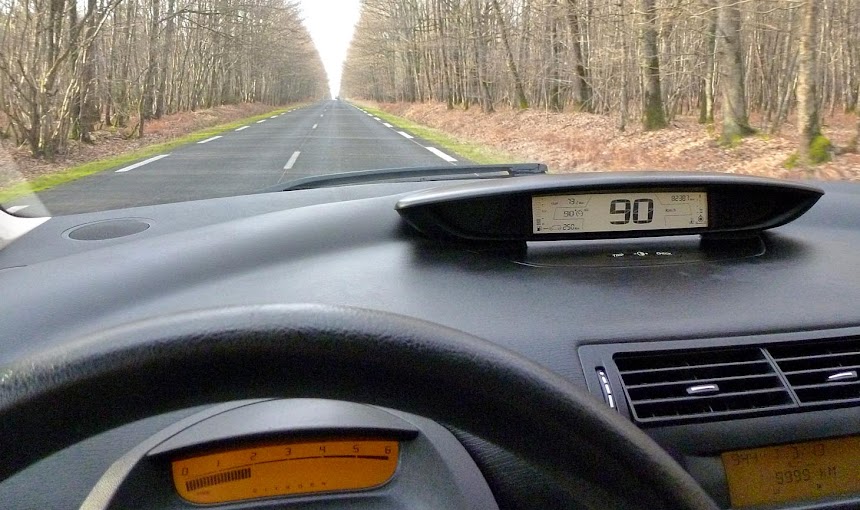 How do you like that speedometer (le compteur de vitesse) up on top of the dashboard (le tableau de bord)? What you see through the steering wheel (le volant) is the tachometer (le compte-tours). And no, I wasn't going 90 mph, but 90 kph.


I drove through the middle of Saint-Aignan — that takes about three minutes! — and south past SuperU and the Zooparc de Beauval on the very curvy road that runs down toward the village called Nouans-les-Fontaines, population 800. The road becomes as straight as a board about half way down, where I took the photo above. I know, driving and taking photos at the same time is not too smart, but as you can see, there wasn't much traffic to worry about. 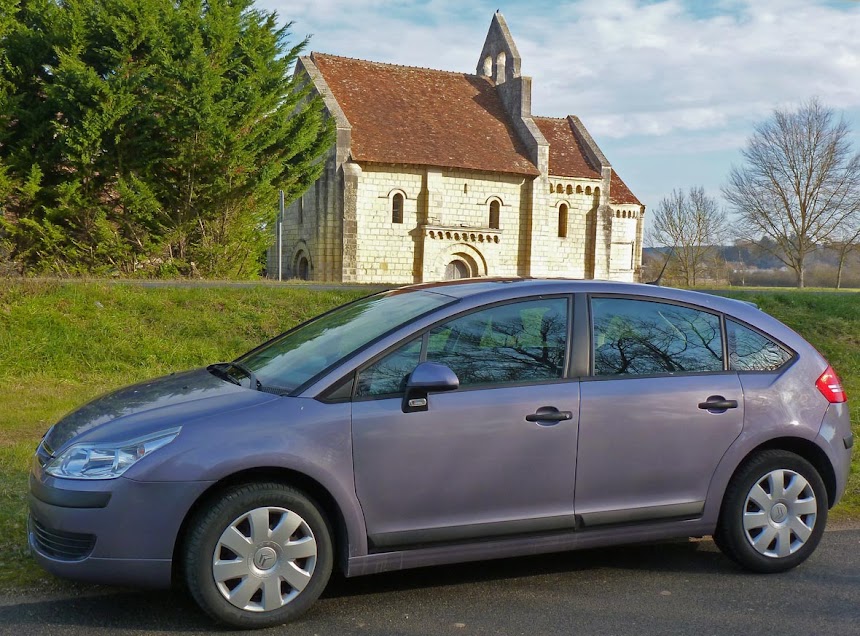 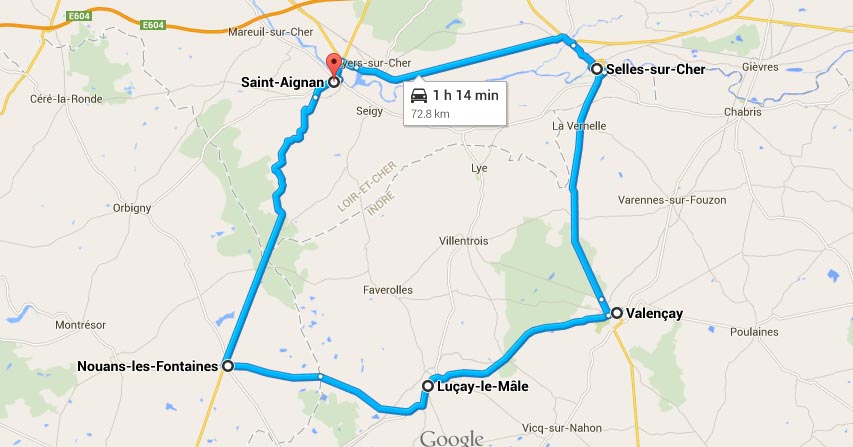 In all, I drove about 80 kilometers — that's 50 miles — and fiddled with the car's cruise control (le régulateur de vitesse), which I'm glad to have again; the heater and air conditioner; and the radio and CD player, when I was on open highway with no traffic (a lot of the time). The Peugeot is old enough to have neither cruise control or a CD player. I like the way the Citroën feels and drives, but it is bigger than the Peugeot 206 and that takes some getting used to. 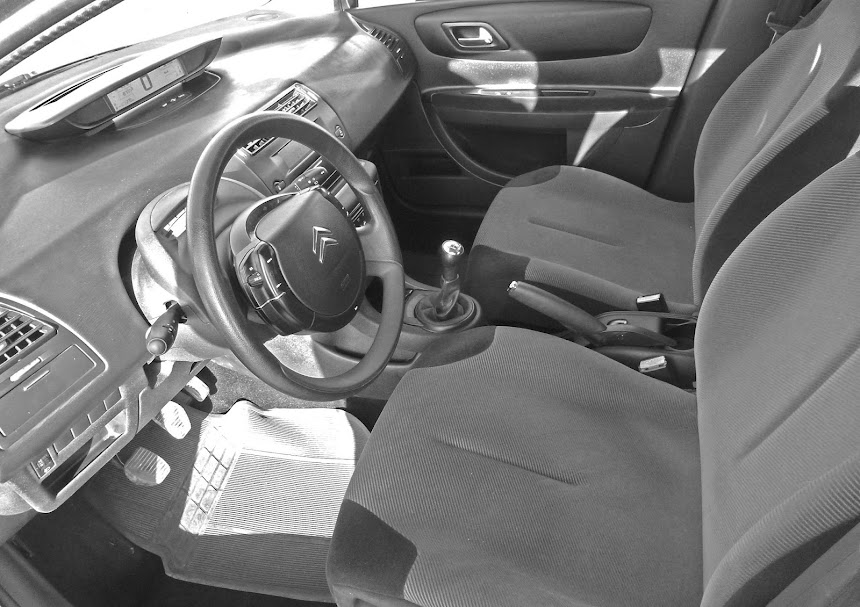 Almost back home, I stopped in Noyers-sur-Cher, where there is no château but where there is a pretty 12th century chapel, and took a photo of the car with the chapel as a backdrop. I also took a photo of the interior, which I'm posting in black and white because I didn't like how the colors came out in the day's bright sunshine. The interior is all gray anyway. When I got home, I put the Citroën in the garage for the first time. The garage has a narrow door and I wasn't sure the Citroën would fit through it. It did. I didn't even have to fold back the side mirrors. Whew!