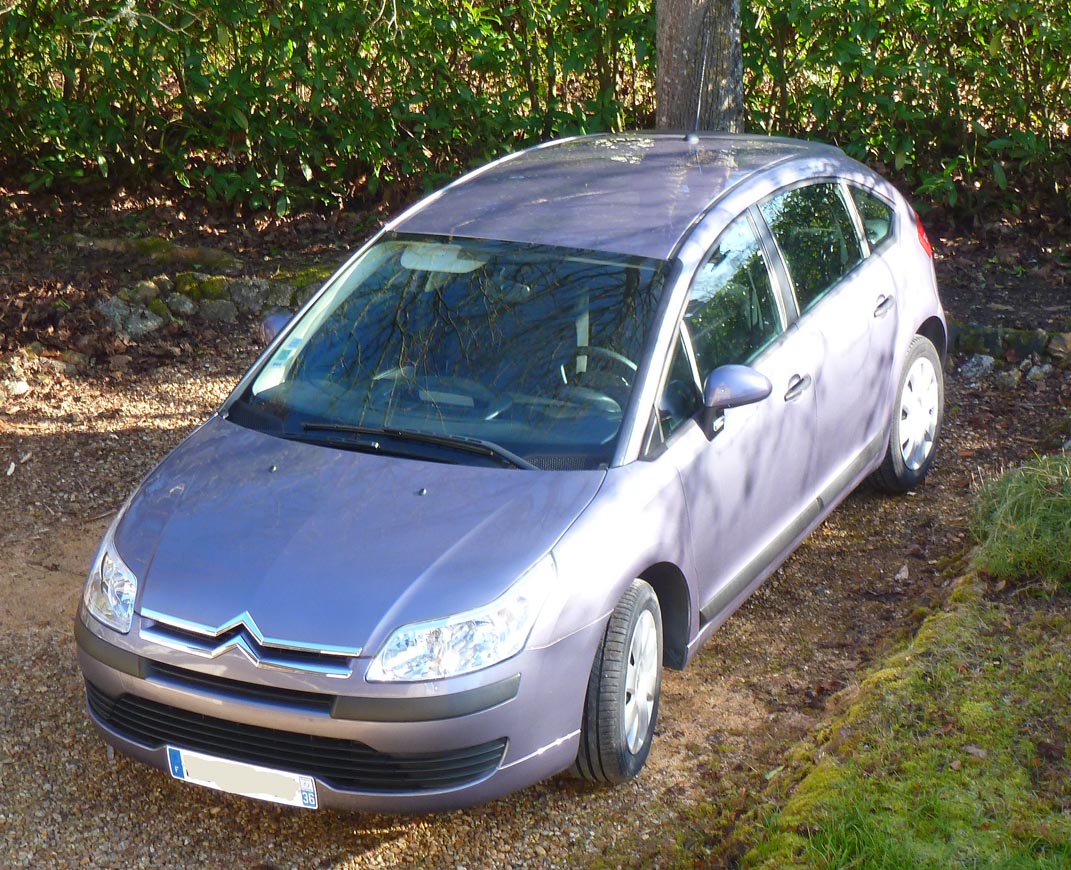 I feel really lucky to have located this vehicle the way I did. I'd been thinking about getting a second car for quite a while. I'd looked at hundreds of ads on the Internet, and I'd picked out three or four dealerships that I thought I'd visit to check out the possibilities.

By the way, the photos in this post appear exactly as they came out of the camera. I took them yesterday late in the morning, when I got home with the Citroën. I haven't retouched the colors in Photoshop at all. 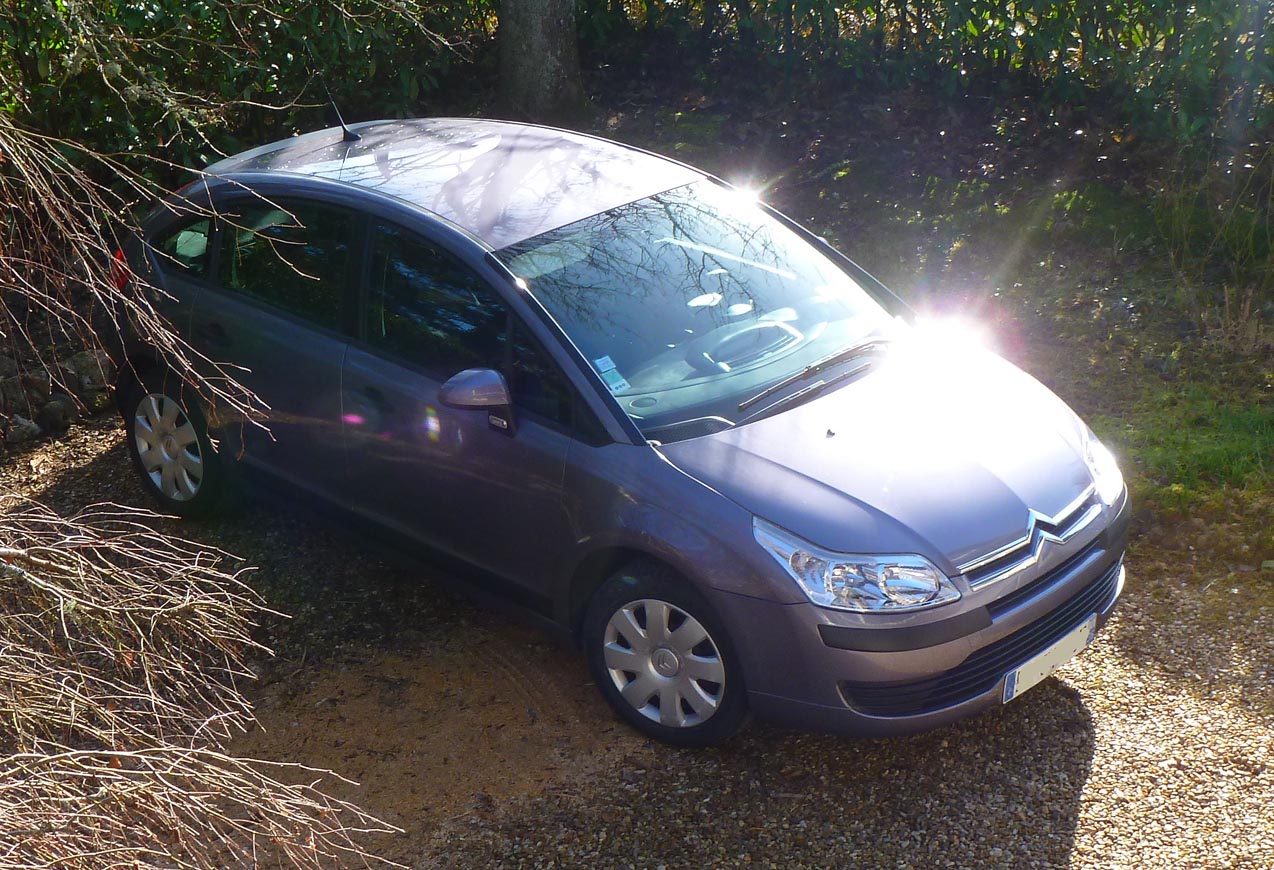 In December, I decided to pull my funds together. About that time, the dollar started rising against the euro. That motivated me to speed up my search for a car.

And then one day in January I was headed to Intermarché to do some grocery shopping when I noticed a car just like the one I had in mind sitting on the lot at a Renault dealership across the river in Noyers-sur-Cher, not 3 miles from our house. 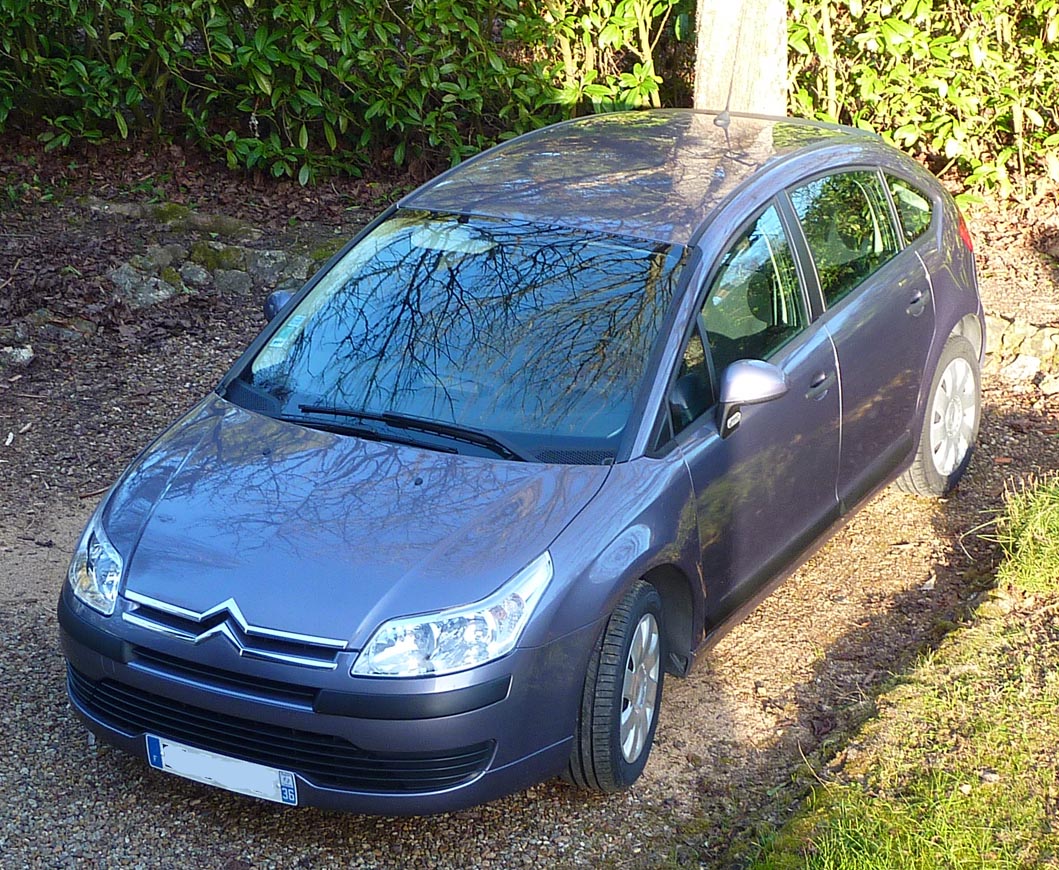 I drove by there two or three more times in January before I decided to stop one day and see what the sign hanging inside the car, off the rear-view mirror, had written on it.


I was surprised at how low the mileage was — the car has been driven an average of only *11,000 km (7,000 miles) per year* (I mixed up my figures in an earlier version of this post) since it was first registered. I was pleased to see how low the price was — only about two-thirds of what I had budgeted. And I was pleased to see that the car was in such good condition.
A few days later, I called the dealer. Walt pointed out that I really ought to drive a C4 before I made a decision. I figured I could drive this car without feeling obligated to buy it, after all. Maybe I'd hate it. 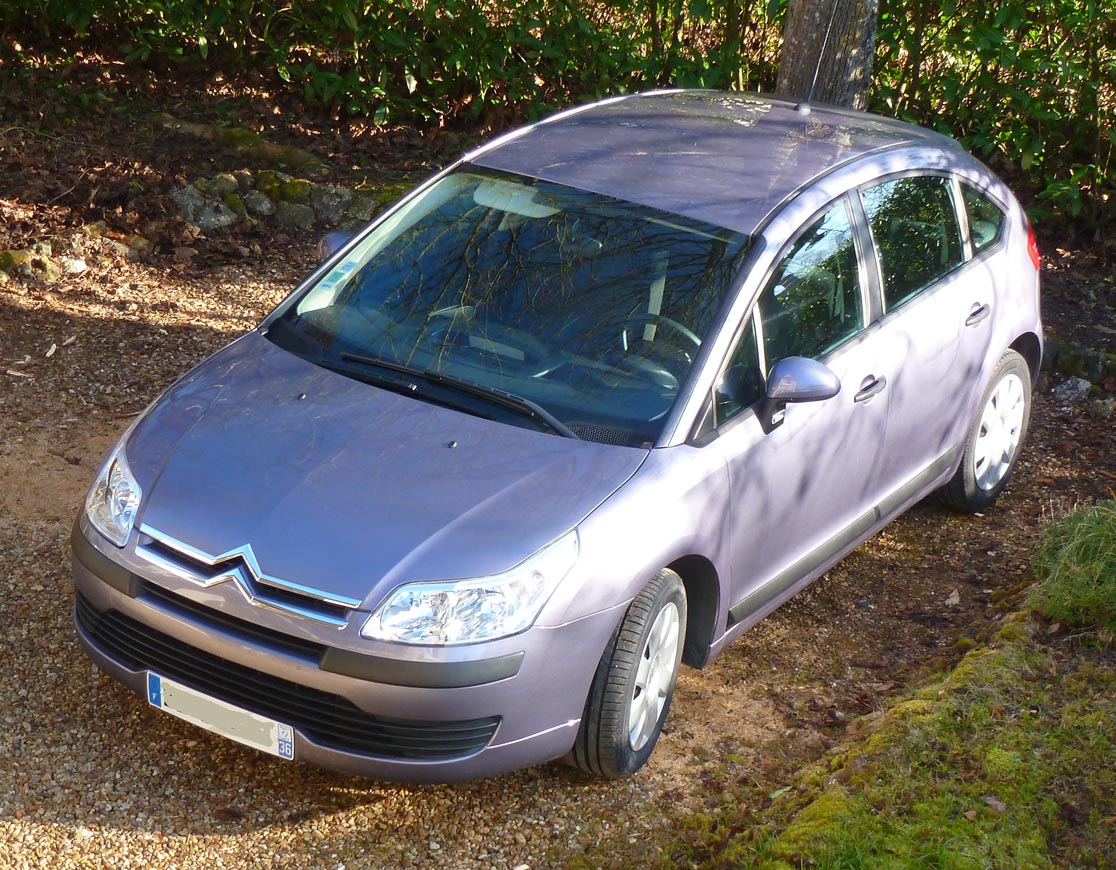 As it turned out, I didn't have to deal with individuals selling cars on the web. I didn't have to go talk to several car dealers to try to find what I wanted. And if the car needs service, the dealer's garage is close by. The car has a warranty. The dealer is a local man who has a reputation to maintain.

When I lived in the U.S., I bought new cars. I had five of them over the years. I did own a couple of used cars back in the 1970s, but I kept each one of them only a year or two. One was a Subaru that I bought from a friend who was leaving the U.S. for a job overseas.

People used to say that buying a used car was buying somebody else's problems. The fact is, cars nowadays are much more reliable for a longer period of time than they used to be. I've had the little Peugeot since August 2003, and I bought it used. It has needed some repairs over the years, but nothing really major. It's been a great car. Now I've realized that it needs a new timing belt pretty soon if we are going to keep it.

You can click or tap on the pictures to see them at a larger size. As for the car's color, it looks different on each screen (computers, tablets) that I use to view the photos — less mauve on some, and more gray. Since all the displays are calibrated differently, it's hard to know which one is more accurate or true.
Posted by Ken Broadhurst at 08:00