That means pizza with "melting" onions. Onions that have been "stewed" or "sweated" slowly in a little bit of olive oil for as long as an hour on very low heat. 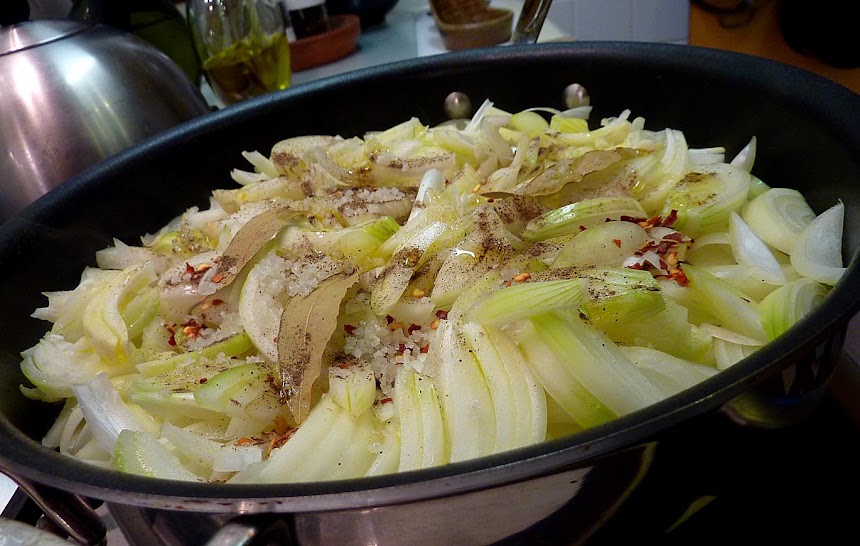 First you have to peel and slice 1½ to 2 lbs. of onions. It's a good bit of work, but it's wintertime and there's not much else to do, especially not outside. I like to cut off the root end and then the stem end of the onion. Set the trimmed onion on its flat bottom and cut straight down through it. It's easier to peel that way. Then lay each half on its cut side and slice through it from stem-end to root-end to make little crescent-shaped strips. 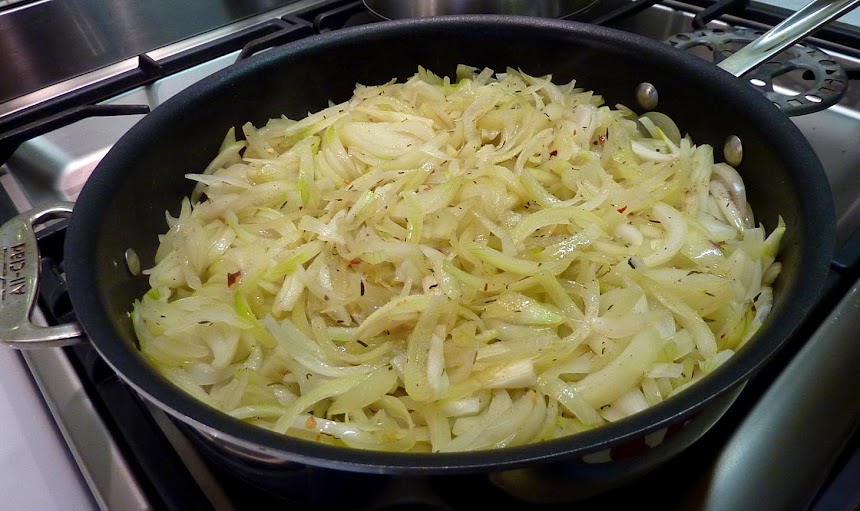 Onion rings are another option. They'll cook down the same way. Heat up some olive oil in a pan. Toss in all the onion strips or rings with seasonings like salt and pepper, hot red pepper flakes, dried thyme, and a bay leaf or two. 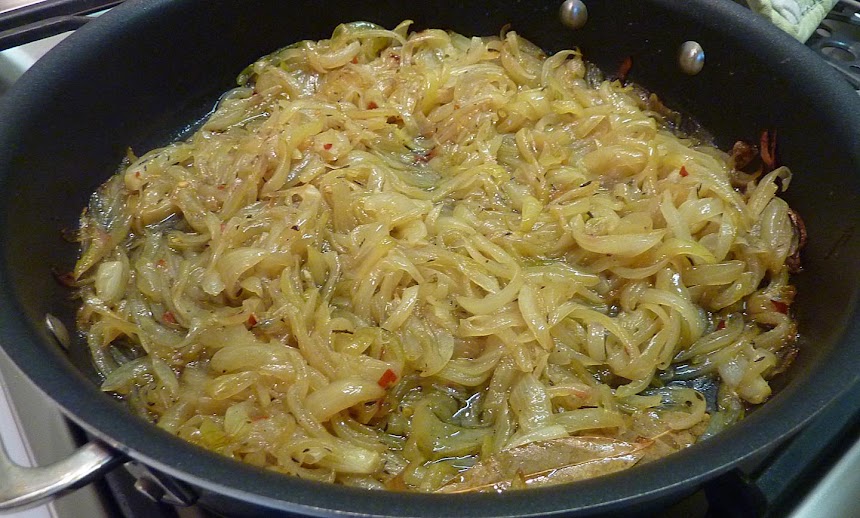 Keep the heat low and let the onions melt down in the pan, stirring them as often as you want. You can also add a teaspoon of sugar or some white wine to give them extra sweetness and encourage them cook down faster. Covering the pan for part of the cooking time helps too. 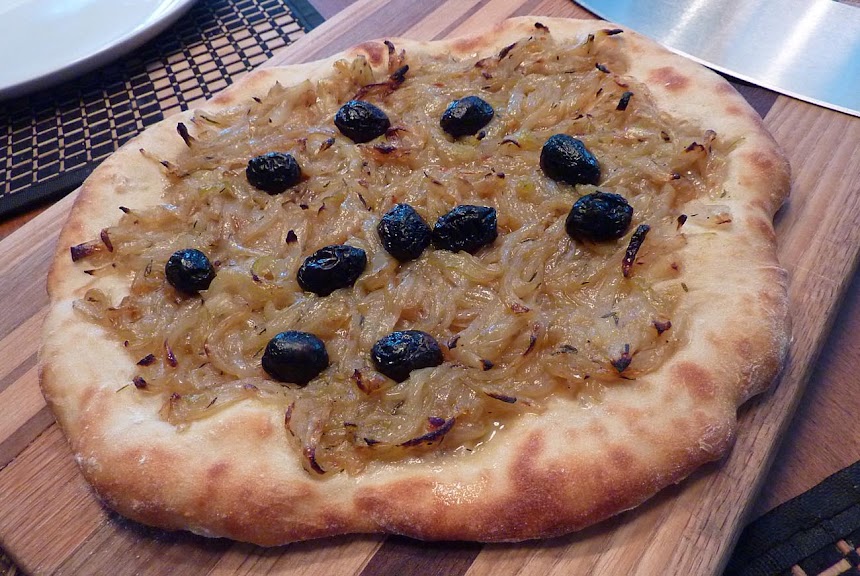 After an hour, you have oignons fondants — really tender onions — and all you need is a pizza crust to spread them over. Walt makes that. Or even a pie crust. Some black olives, pitted or not, make it look nice. 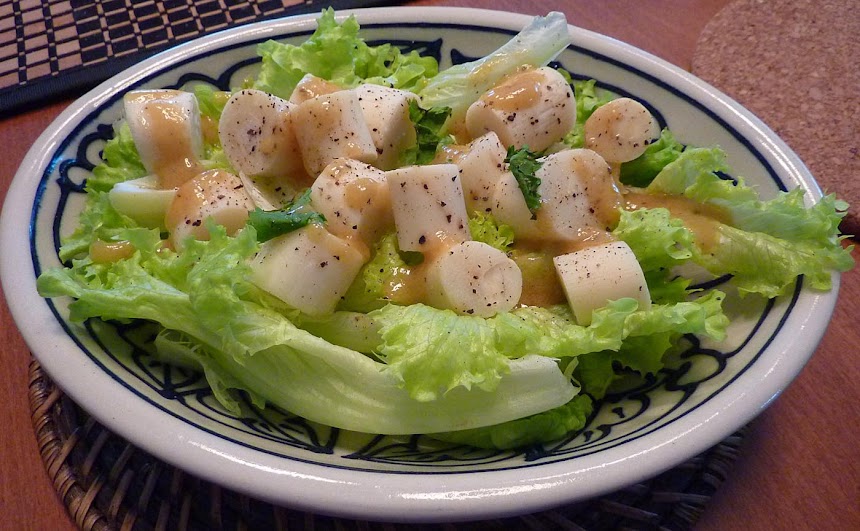 To go with such a pizza, a salad is called for. This one is just some lettuce and two or three palm hearts — cœurs de palmier — which we buy in cans here in France. They are tender too and have a mild but interesting flavor. The dressing is a standard vinaigrette: vinegar, Dijon mustard, salt, pepper, and oil (olive or other, as you like).
Posted by Ken Broadhurst at 07:45