When I lived in Paris all those years ago, in a small 5th floor walk-up just off the rue Montorgueil, square in the center of Paris, I used to cook for a group of Parisian friends on weekends. One of the things we all enjoyed eating was French steak au poivre — steak with a black pepper and cream sauce — with sauteed potatoes and a green salad.


Because my budget wasn't really regal, I often made the steaks with ground beef. It was more tender than real steak selling at the same price, and the butcher would grind the meat when you ordered it, so you cold see what cuts of beef he was using. It was always very lean. 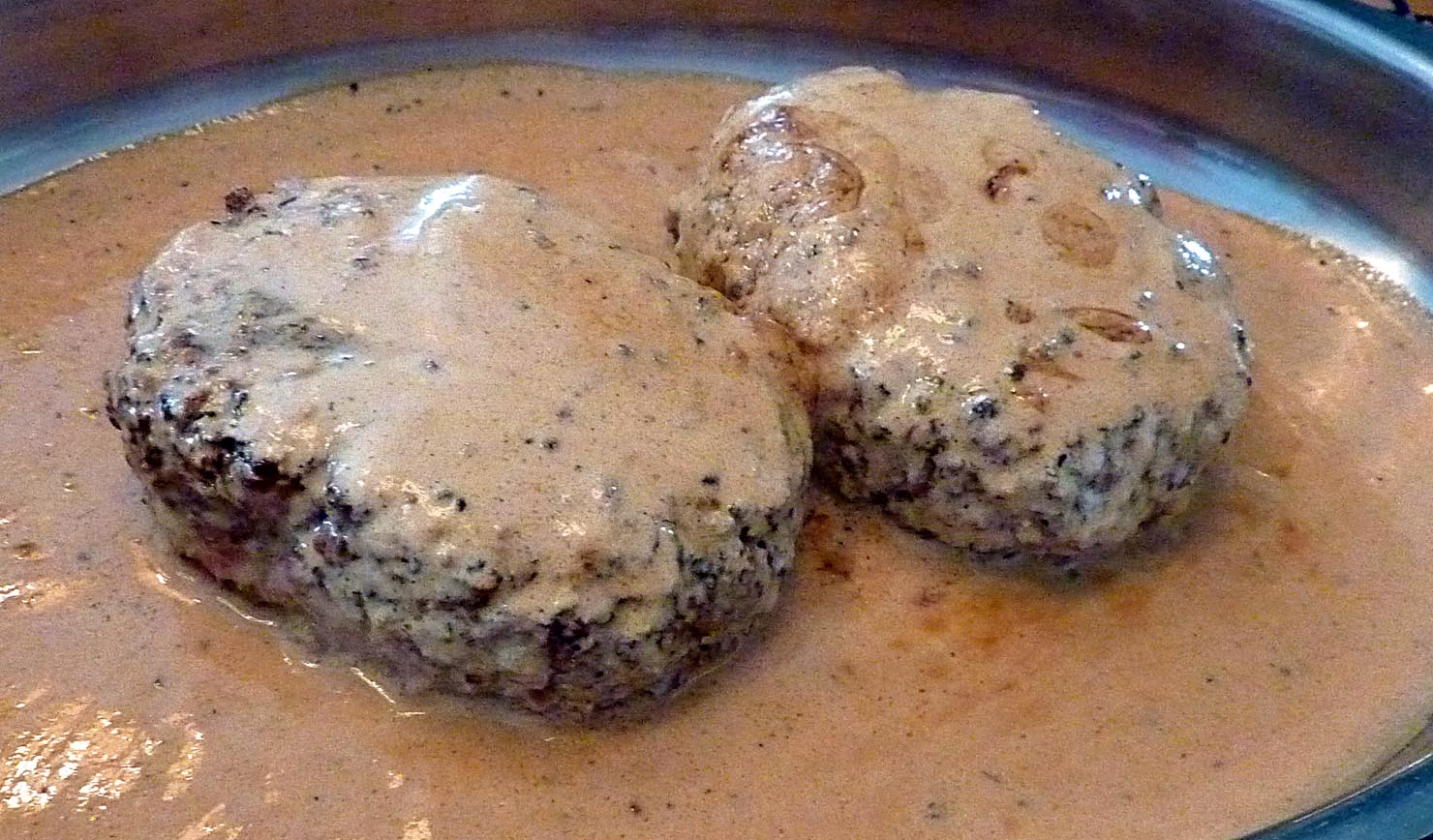 Walt and I decided to make that the other day. We had some very thinly sliced, lean pieces of what they call rumsteak (rump steak) in France. They were too thin for making steak au poivre, which calls for thick cuts of beef cooked medium rare or even very rare. We decided to run two of the steaks through the meat grinder attachment on our stand mixer and shape the meat into thick patties. First you coat the raw steaks with a good amount of cracked black pepper and let them rest for an hour or more to absorb the flavor. Then you sear them on high heat in a frying pan, and you take them out and let them rest while you make the sauce. Deglaze the pan with a little bit of cognac or white wine, put in a spoonful of Dijon mustard, and then add a few tablespoons of cream and stir it all together. Taste for salt. You can make as much or as little sauce as you want. 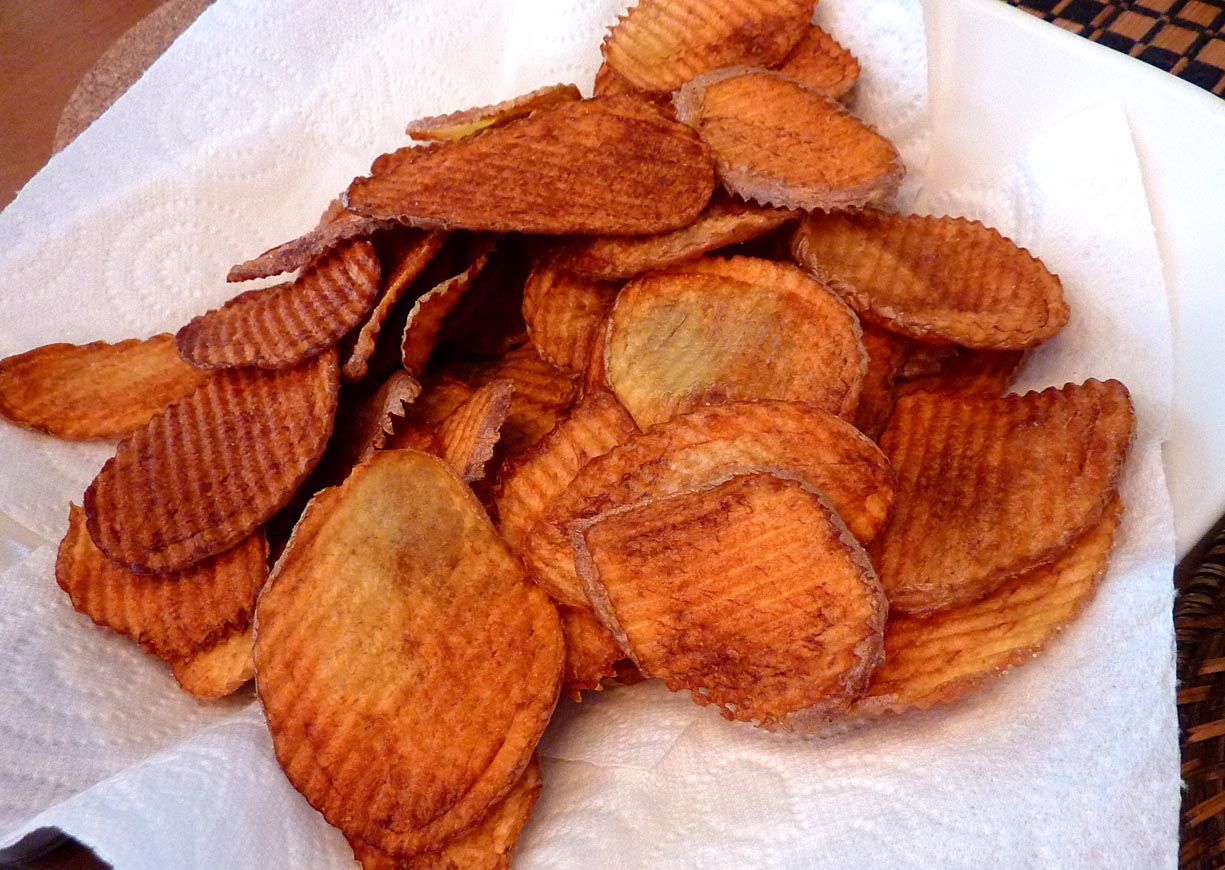 Walt made potato chips to go with our hamburger steaks. He cooked them in two batches in the deep fryer, and we put them in a warming oven while we seared the steaks and  made the sauce au poivre. We were surprised to see that the chips continued browning in the oven. They were browner than we expected but they were very good.
Posted by Ken Broadhurst at 07:20