Today in France is la fête de la Chandeleur, known also as Candlemas. It's crêpes day. We'll be having buckwheat crepes (called galettes au sarrasin) as our main course, filled with ham, mushrooms, and melted cheese. Then we'll have sweet wheat flour crepes filled with cherry jam or lightly stewed blueberries — or just butter, lemon juice, and a sprinkle of sugar — for dessert. One of each, maybe 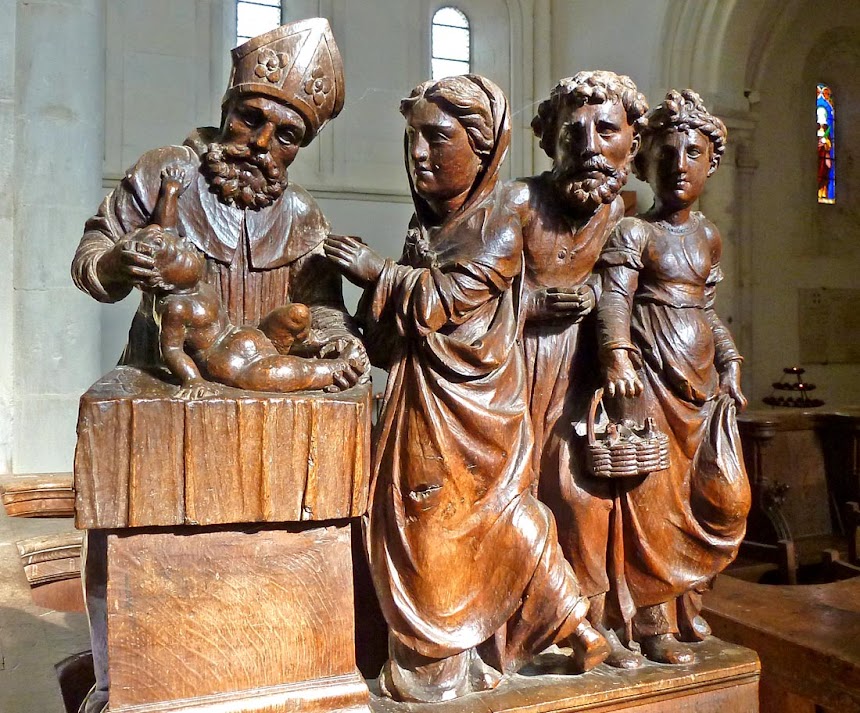 In Christian legend and ceremonies, La Chandeleur marks the presentation of the Christ child at the synagogue 40 days after his birth. The photos here of wooden sculptures, which I took in the village of Montréal in Burgundy last October, depict another event in the life of Jesus: his baptism by St. John (the Baptist). 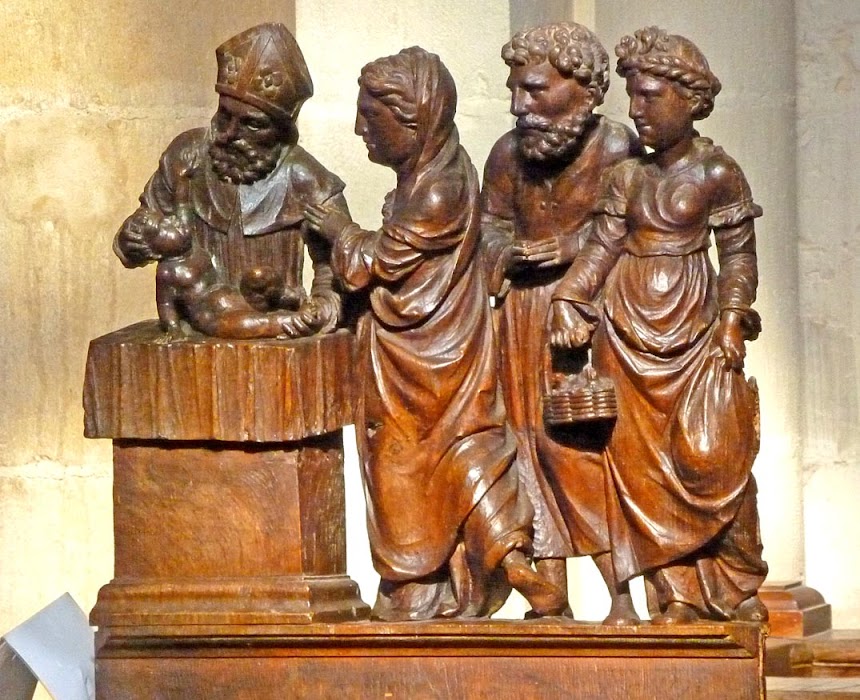 These carved oak figures date back to the 1520s and were the work of two brothers whose family name was Rigolley or Rigoley. Their work was funded largely by the French Renaissance king François 1er — Francis I. He's the king who had the Château de Chambord built here in the Loire Valley. He visited the village of Montréal twice, it seems. 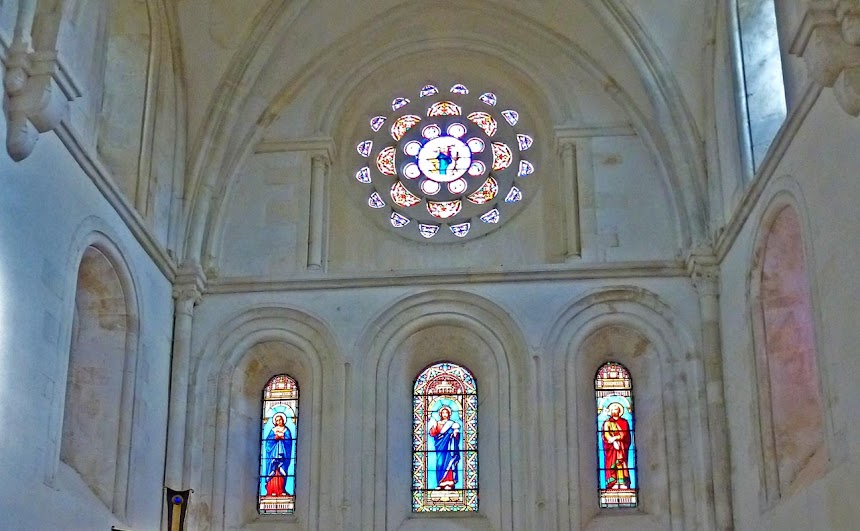 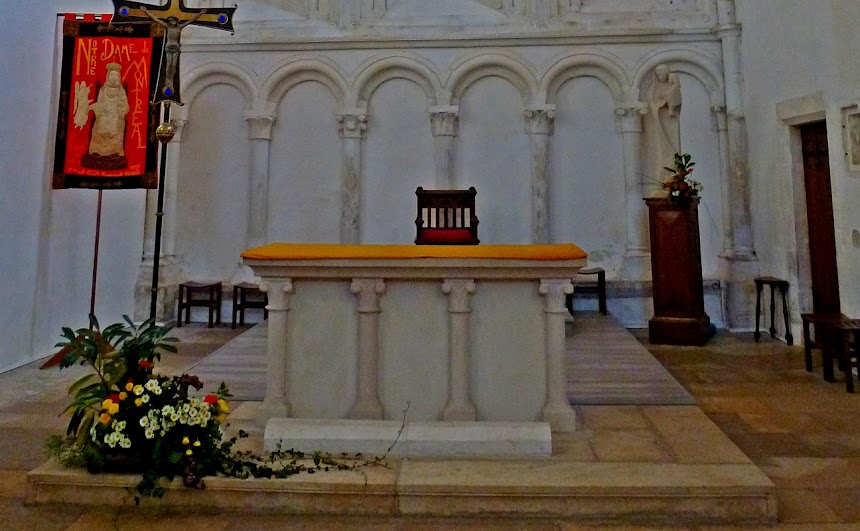 I find myself wondering what the interior of this old church in the little village of Montréal, near Avallon, looked like 200, 500, or 800 years ago. It was built in the 12th century, but it was the site of restoration work in the 19th. Now the inside is very plain and all white, with few decorations besides the ones you see in these photos. 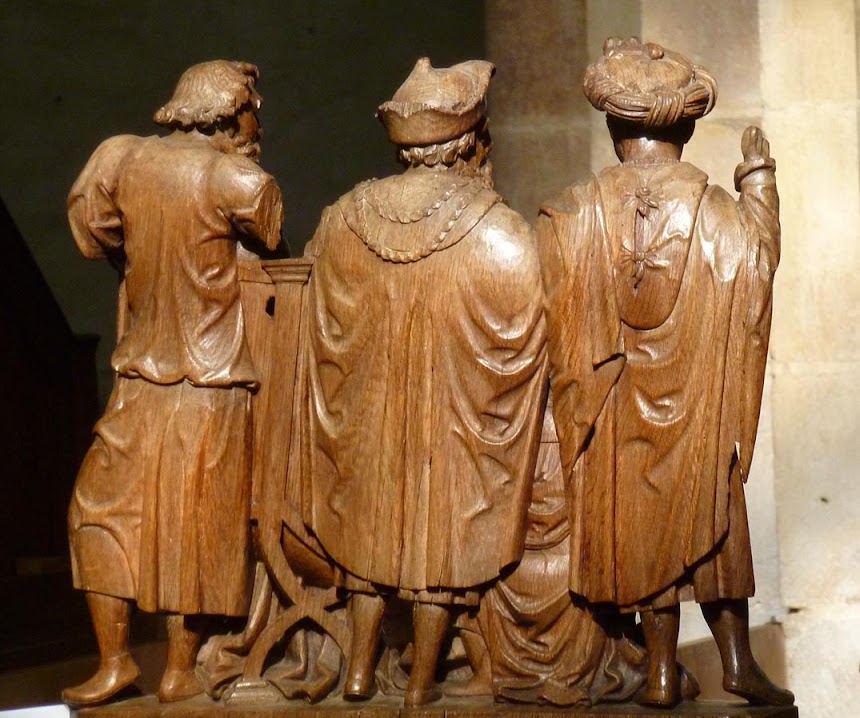 The figures above are, I believe the three kings — les Rois mages — who traveled from the east, following a star — to see the newborn Christ child, according to Saint Matthew. The beauty of the wood carving is evident. 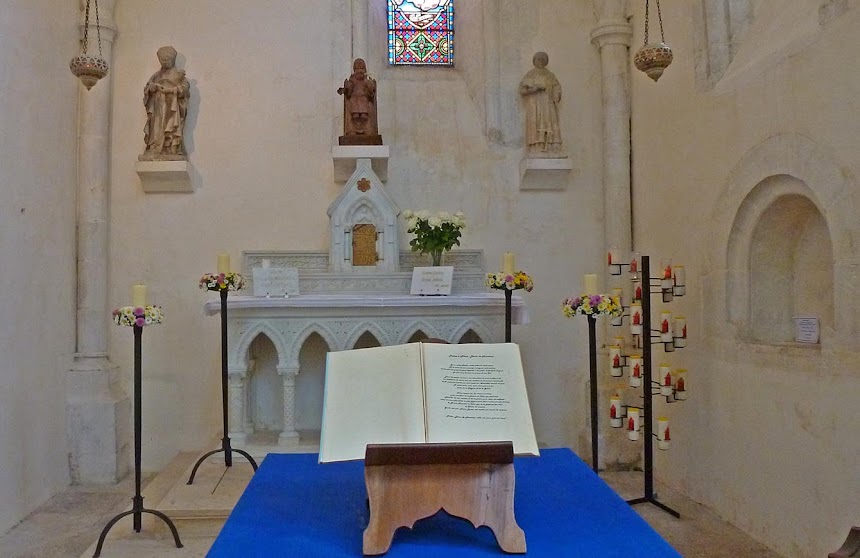 Here are two web sites I've using as source material for this series of posts:

P.S. I'm going to look at and test drive a car this morning. This is getting serious. It's a car I just happened to notice on a dealer's lot on my way to the grocery store a couple of weeks ago. That's how I bought my now-14-year-old Peugeot when we first arrived in Saint-Aignan all those years ago. Wish me luck.
Posted by Ken Broadhurst at 07:40