Cooking is like learning a language. Every time you think you've got something figured out, a new technique, a new expression, a new method or word comes along.


We've never had a lot of luck making French-fried potatoes using fresh potatoes. They've never come out as crispy as we would want. They're good, but they aren't the best pommes frites in the world. 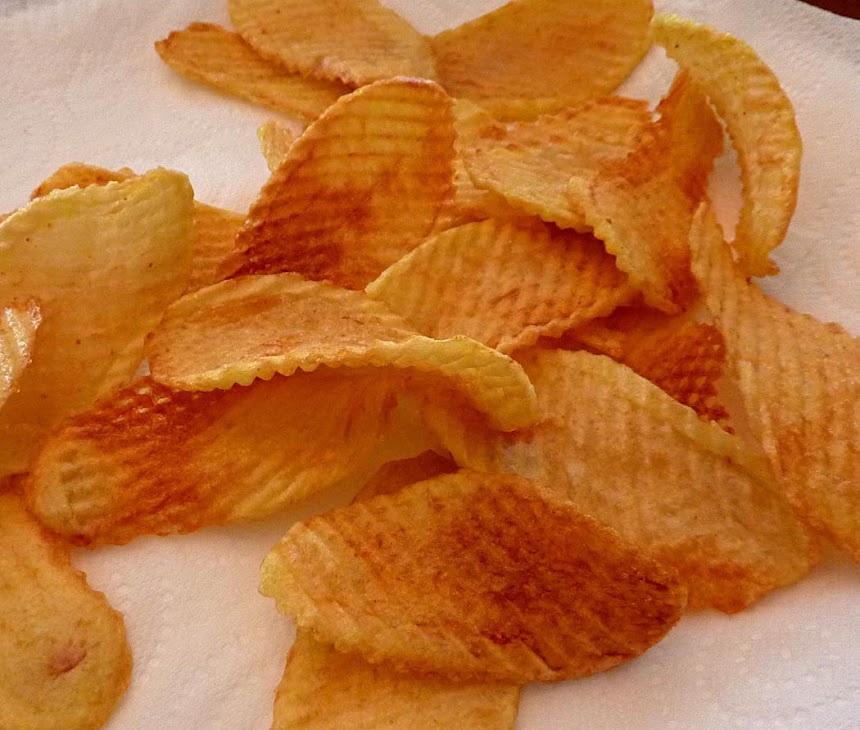 
There's a well-known Belgian comic/humorist who lives in our village — I just happened to hear him on the radio one day, years ago, and I was surprised when he named our village as his adopted home. He was asked by the interviewer whether he cooked pommes frites, a Belgian specialty, at home. He said yes, he did, but he had a hard time here in the Touraine finding the right kind of potatoes for frying. Every time he went back to Belgium, he said, he came back with the trunk of his car filled up with good potatoes from up there. So I concluded it was all about finding the right potatoes. 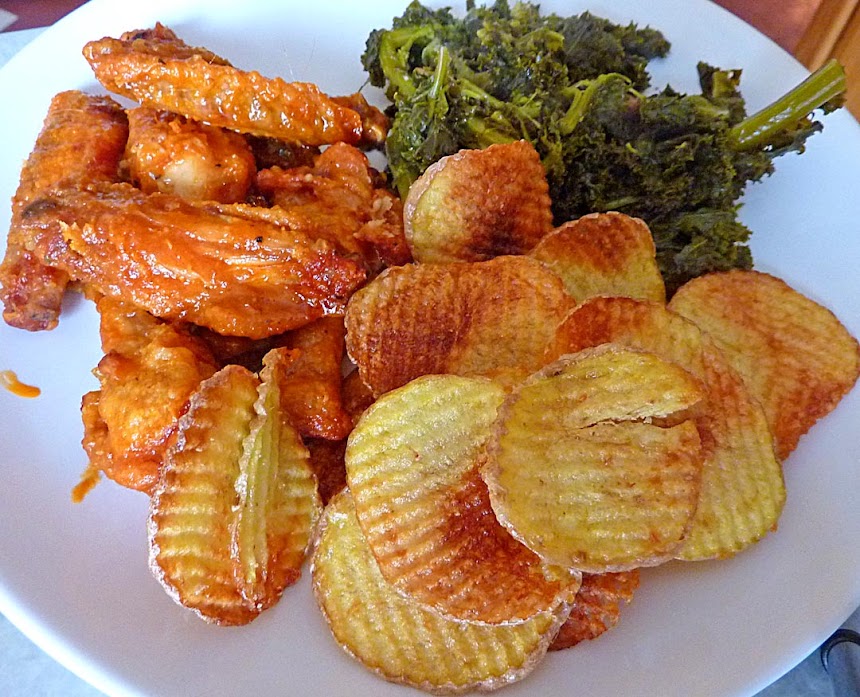 Buffalo-style wings, kale, and chips made with spuds sold as frying or mashing potatoes

Well, a few days ago, we wondered about making potato chips from fresh potatoes. Walt looked it up, and found a recipe that looked easy. Two ingredients: potatoes and peanut oil. It would make a good experiment. In fact, what it made was fantastic potato chips (or "crisps" if you are not American). We've made them twice now, cutting them on a mandolin using the "waffle" blade. (Funny — waffles are a Belgian specialty too.) So it turns out that the secret to good fried potatoes is not so much the potato you use but how you cut them up.
Posted by Ken Broadhurst at 07:20