I still haven't finished writing about our short trip to Burgundy last October. One of the most interesting towns we saw was called Noyers, an ancient settlement on the Serein River not far from Chablis and Avallon. Noyers (pop. 675) is pronounced [nwah-YEHR], I quickly learned. Across the Cher River from Saint-Aignan is another town called Noyers (meaning "walnut trees") but its name is pronounced [nwah-YAY]. You never know how proper names might be pronounced. For example, Beaufort in North Carolina is [BOH-furt] but Beaufort in South Carolina is [BYOO-furt].

I took a photo of this sign in Noyers. It is one of the official "most beautiful villages in France," of which there are about 150. You can read it if you click or tap on the image to enlarge it, or you can read my translation below. 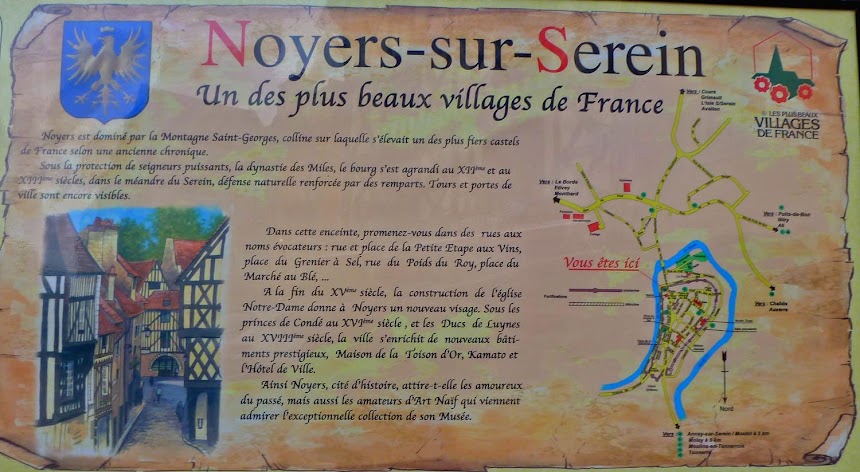 Noyers-sur-Serein   One of the most beautiful villages in France 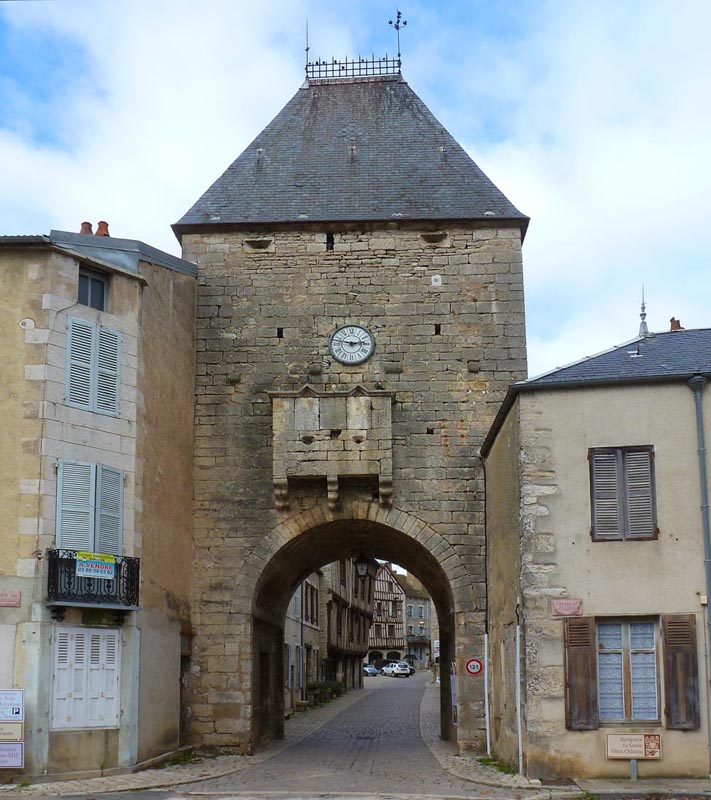 Noyers lies at the foot of Saint George Mountain, a high hill on which, according to ancient chroniclers, once stood one of the proudest castles in France.

Under the protection of powerful lords — the Miles dynasty — the town expanded in the 11th and 12th centuries within an oxbow loop of the Serein River, which along with walls and ramparts shielded the site from attack. Some of the ancient defensive towers and town gates remain today. 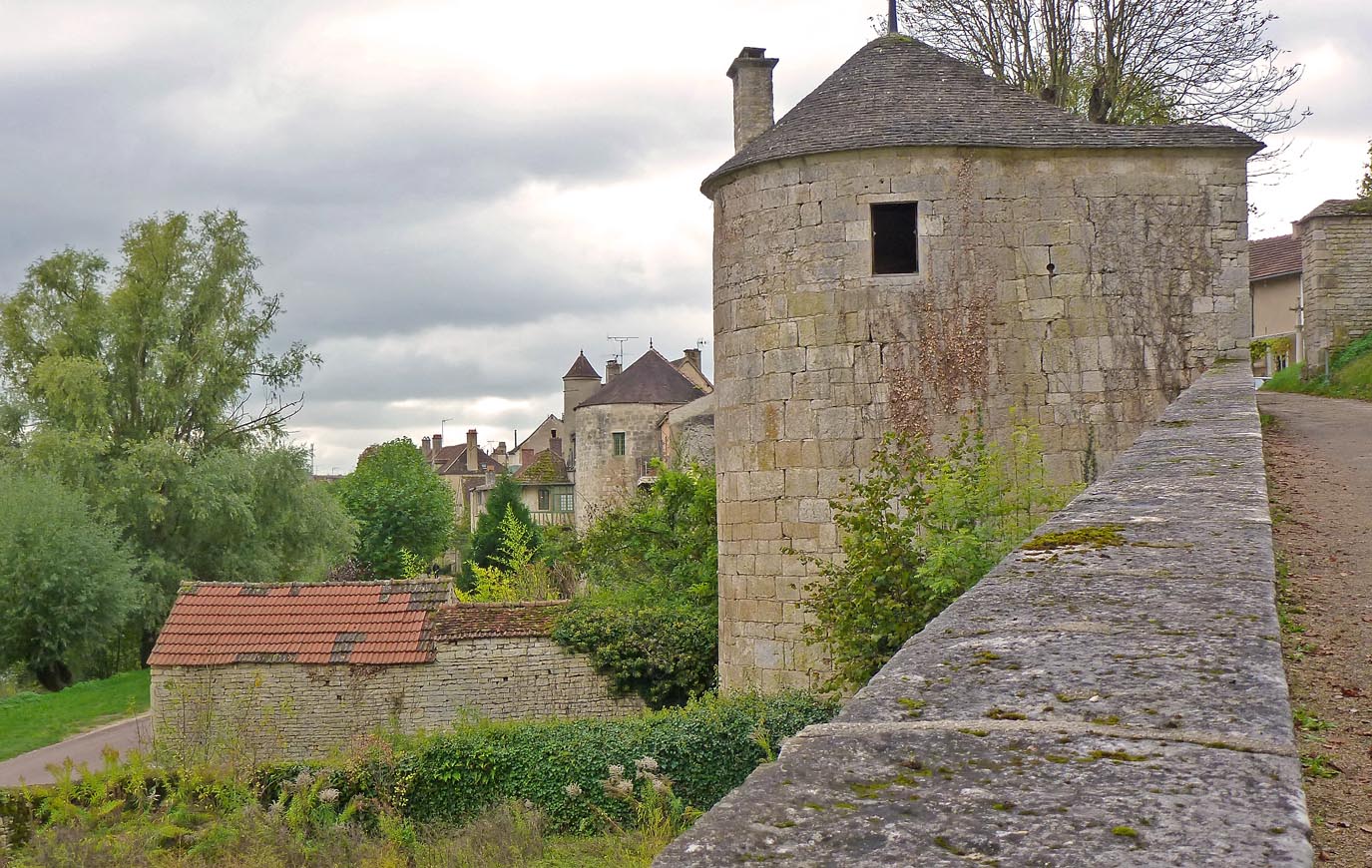 At the end of the 15th century, construction of the church of Notre Dame gave Noyers a new look. Under the control of the Dukes of Condé in the 16th century and the Dukes of Luynes in the 18th, the village was graced by many beautiful new buildings, including the House of the Golden Fleece, the Kamato mansion, and the Renaissance-style city hall. 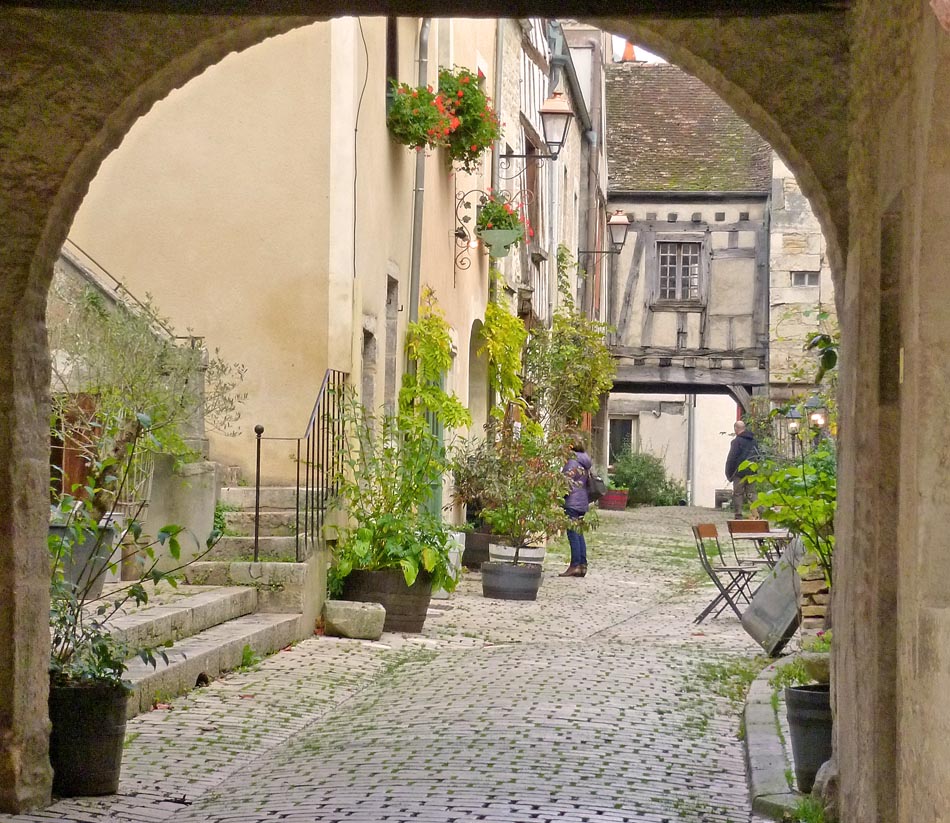 Thus does Noyers, through historical preservation, attract those who love the past, but also those who admire primitive art, of which the village museum possesses an impressive collection.


We spent several hours in Noyers, including a long walk all around the town with the dog one afternoon. I have more photos, of course.